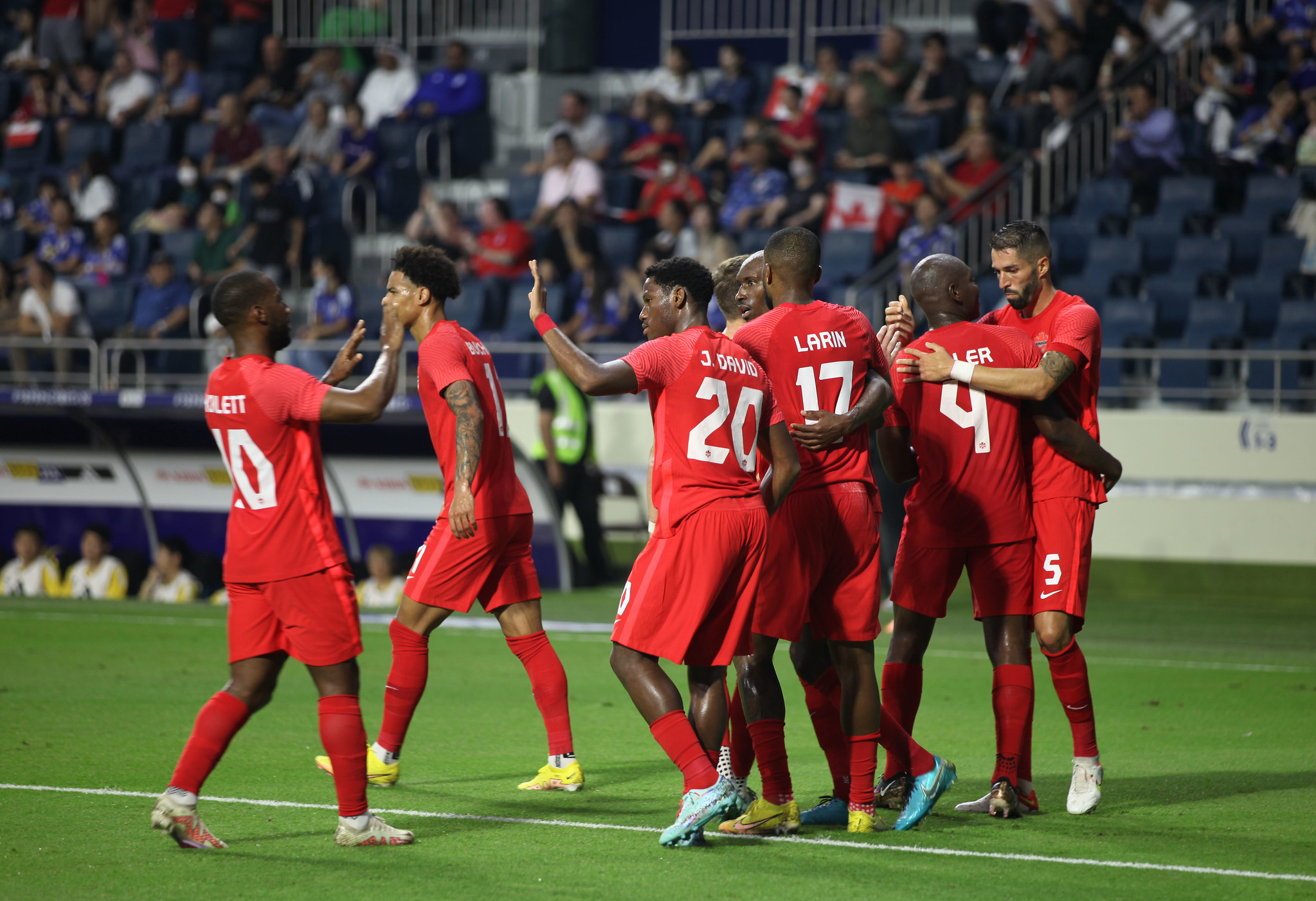 It will undoubtedly be the biggest test that this edition of the Canadian men’s national team has faced yet, not just in opponent but in adjusting to the intensity and pressure that comes with playing under the microscope that is the World Cup.

The match also pits Canada against some of the world’s biggest stars, including Manchester City’s Kevin De Bruyne, and a Belgian team in the swansong of their Golden Generation, for whom likely only an appearance in the final would be considered a successful tournament.

Here are three things to watch for in Canada’s 2022 World Cup opener.

In preparation for what is to come over the next couple of weeks, Canada has made sure to test itself against some very solid opposition. In particular, Les Rouges played friendlies against World Cup sides Uruguay and Japan, who are ranked 14 and 24 respectively in the world.

If there was a common thread between both of those matches, it was that Canada took some time to grow into the game. Against Uruguay, they committed an unnecessary foul to concede a free kick that Nicolás de la Cruz curled over the wall to open the scoring just six minutes into the match. Japan needed nine minutes before a relatively straightforward ball over the top fooled the Canada backline and Milan Borjan to open the scoring.

In both matches, Canada would recover fairly well as a unit to thwart further attacks, but damage had already been done. Show any weakness or nerves early against Belgium, Croatia or even Morocco and they will undoubtedly make Canada pay. The good news is that Canada was able to overturn that deficit against Japan, but that is certainly not a chance that this team will want to take against experienced World Cup sides.

It is important, in that regard, that this team’s leaders — those who have played in these types of environments and matches before — do their best to settle their less experienced teammates. While no player on this roster has played in a World Cup match before, veterans like Atiba Hutchinson and Milan Borjan have experienced some of the biggest stages, and most hostile environments, in world football. That also extends to the team’s young stars, like Alphonso Davies, who has played a Champions League final among other high-profile fixtures for club.

‘Dark clouds have shifted’ as Canada looks to be be healthy for first game, leaving lineup decisions for Herdman

First, it was the health of Alphonso Davies, which was perhaps the biggest topic of discussion for Canada as they headed into their World Cup opener against Belgium. Then, whether through gamesmanship or genuine concern the news seemed to get worse as key players Milan Borjan and Stephen Eustáquio joined the list of players who all of a sudden looked like their statuses might be questionable for the opening match.

But when asked this morning about the health of his team heading into Wednesday’s match against Belgium, Herdman was significantly more upbeat than he has been in recent days: “Canada are in a position now where we can field our strongest team,” said Canada’s manager, later adding, “it’s exciting times for us now the dark clouds have shifted.”

Now there will be extra light shining through on Herdman, and the difficult decisions he has to make to pick a starting XI with all of the talent that Canada has at its disposal, especially in attack. Several players now, including the three aforementioned injury concerns, have written their names in pen in the starting XI.

But other selections will be trickier. Given his lack of playing time for Club Brugge, does Concacaf qualifying and all-time Canada leading score, Cyle Larin drop to the bench, for example?

Also of importance will be finding the right pairing, or trio depending upon formation, to help out Eustáquio in midfield. While he will remain a critical part of Canada’s defensive efforts, especially against a Belgium midfield that is their great strength, they will want to make sure that the team’s best playmaker is also unlocked to get forward. These are just a few of the tricky tactical decisions that now need to be made.

Belgium, however, seems to be slightly less fortunate on the injury front heading into this match. They will be without the likes of Romelu Lukaku, who is his country’s all-time leading goalscorer with 65 goals (he scored three more in friendlies unrecognized by FIFA) for Belgium. The 29-year-old Lukaku is expected to miss the first two games of the competition.

Can this Canadian team continue to make history?

They call themselves “new Canada”, and they enter this tournament incredibly hungry to prove just that. As has been said ad nauseam, Canada’s only other World Cup appearance, back in 1986, came without a single point or so much as a goal. So the bar isn’t exactly astronomical for this team in Qatar.

But, internally, they will be expecting to go well above it, and that starts with scoring the country’s first-ever World Cup goal, and potentially picking up the team’s first-ever World Cup result, against Belgium. Will it be Jonathan David? Davies? Tajon Buchanan? Or some other less expected member of the team that writes their name in the history books as Canada’s first goalscorer?

Making that a much more difficult proposition, however, will be the fact that Canada will have to beat one of the best goalkeepers on the planet, Real Madrid’s six-foot-seven behemoth Thibaut Courtois. They should get their chances, however, against a Belgian side that has proven to be shaky at times defensively, including allowing a pair of goals in a 2-1 loss to Egypt in their final friendly before the World Cup.

Getting a first-ever World Cup result, however, will be an even bigger ordeal, but is certainly not out of the realm of possibility, especially given some of the surprising results already seen at this year’s tournament — including Tuesday’s stunning 2-1 win by Saudi Arabia, ranked 11 spots below Canada, over Lionel Messi and Argentina. It all just starts with belief, which this team has in spades.