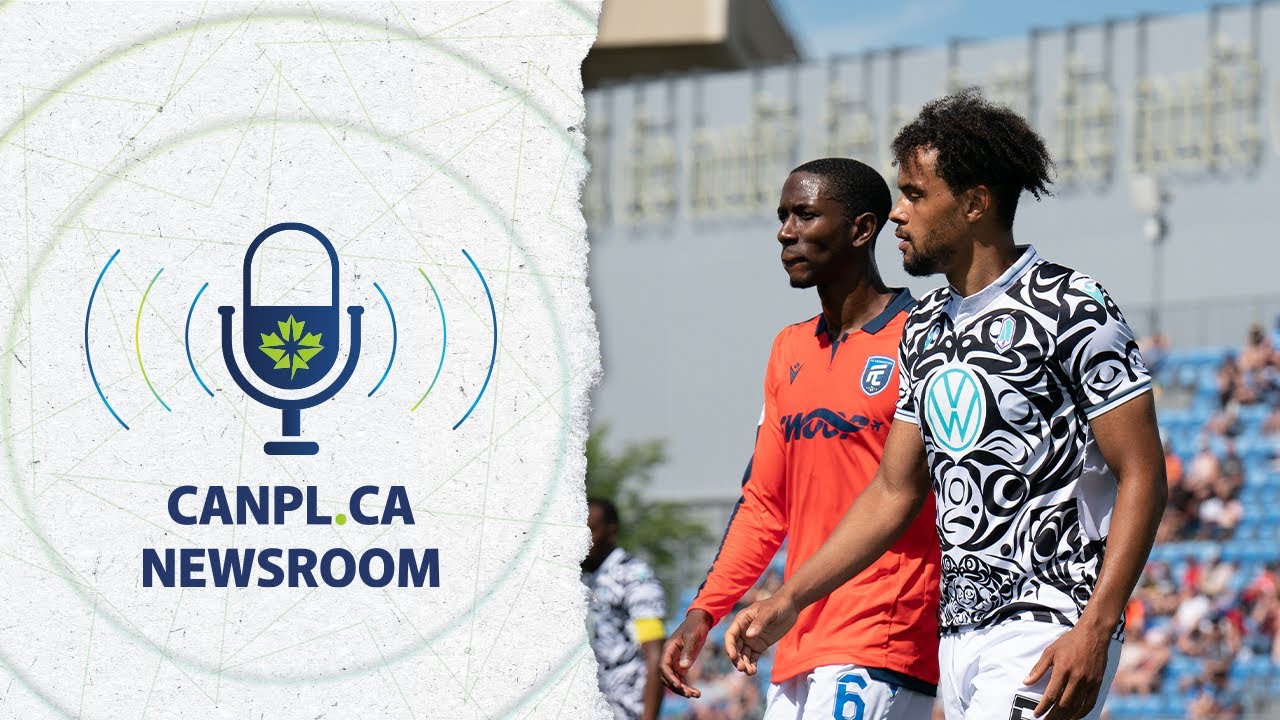 The Newsroom team is back with four more Canadian Premier League matches to break down from an exciting Week 14 in the league.

Kristian Jack and Charlie O’Connor-Clarke begin in Winnipeg, where Valour FC beat HFX Wanderers FC even in spite of William Akio’s viral first-half miss (2:34). After that, Alexandre Gangué-Ruzic hops on the show to chat about a top-of-the-table chess match between Atlético Ottawa and Cavalry FC (13:45), and then Mitchell Tierney arrives to discuss Forge’s 905 Derby triumph and contemplate what’s going wrong with York United (23:30).

It’s then off to Clarke Stadium, as Benedict Rhodes joins to break down Pacific FC’s 3-2 win over FC Edmonton (36:48), and then this week’s special guest, Pacific winger Josh Heard, joins as well to give his thoughts on his team’s progression this year as it returns to the win column (41:55).

Finally, Benedict returns to the show for a little Canadian women’s national team talk as they continue their run at the Concacaf W Championship (50:52).