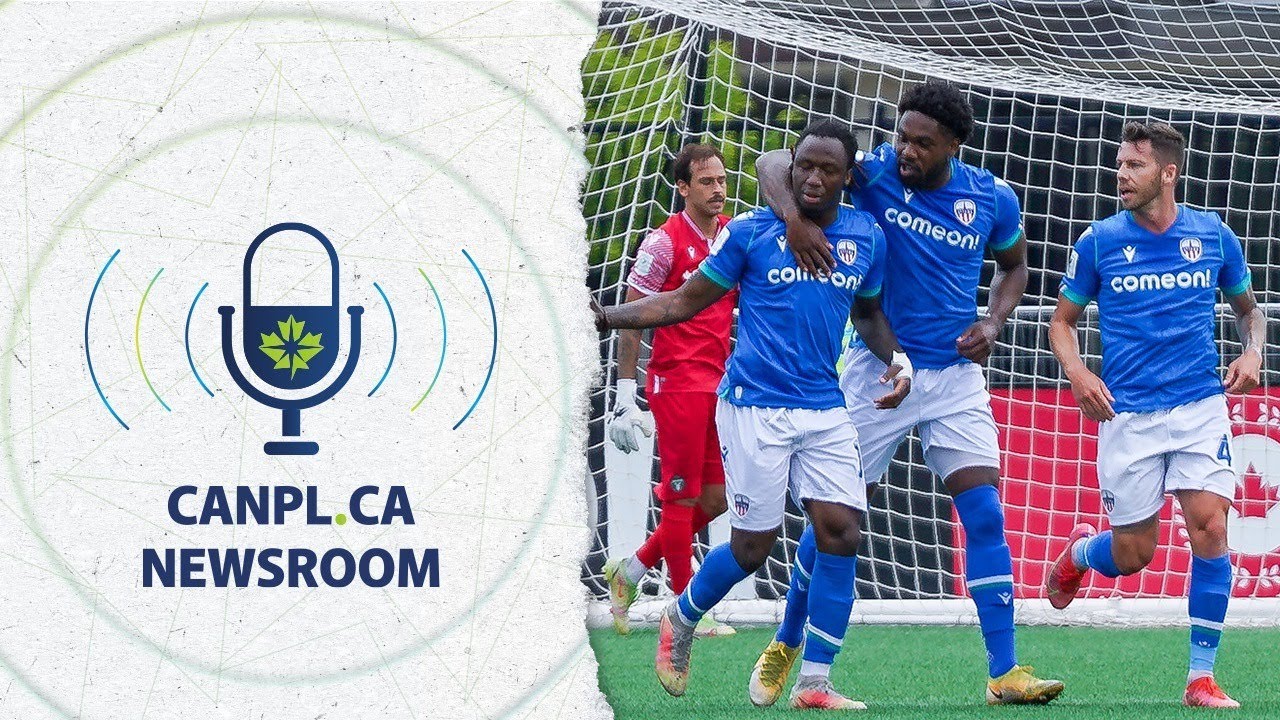 After another epic weekend in the Canadian Premier League, the Newsroom team returned on Monday for another recap of all the goings-on around the league.

KJ and Charlie kick us off from York Lions Stadium, where Atlético Ottawa produced a massive 3-0 away victory over a frustrated York United (2:09). Then, Benedict Rhodes joins the show to recap a 1-1 draw between HFX Wanderers FC and FC Edmonton from Halifax (18:20), shortly before the boys are also joined by special guest Mateo Restrepo, who played his final game for the Wanderers on Saturday before he heads off to medical school (25:50).

From there, it’s back to Ontario for a discussion around Forge FC’s 3-1 win over Valour FC on Saturday, with the help of Mitchell Tierney (38:12), as well as Pacific FC’s big win over Cavalry FC on Friday night (49:00).

Finally, the crew looks ahead to Tuesday night, when Pacific will be in Jamaica to begin their Concacaf League journey against Waterhouse FC, as we hear from players as well as James Merriman on what it’ll mean to them as a club (57:25).