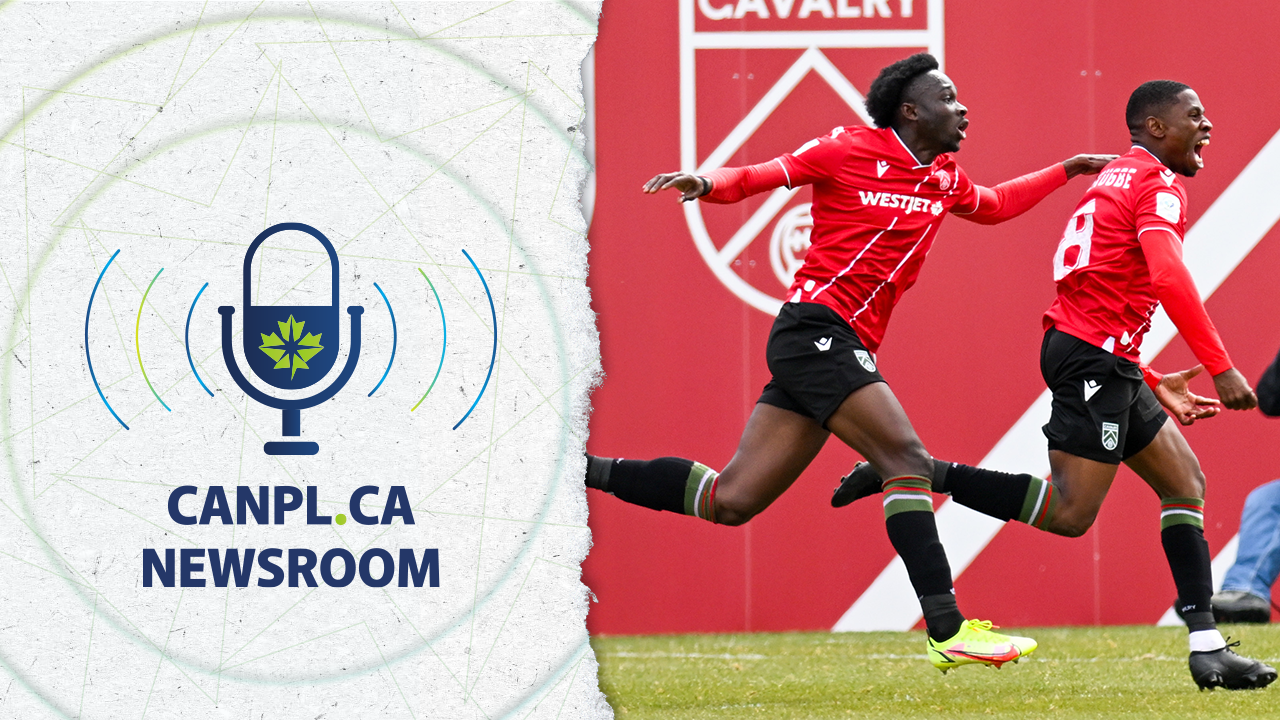 The Newsroom crew are back again — and spread out all across Canada this time around, as Kristian Jack and Charlie O’Connor-Clarke host the show live from Halifax ahead of Tuesday night’s Canadian Championship match between HFX Wanderers FC and Toronto FC.

They begin, naturally, out east, previewing Tuesday’s quarterfinal (0:00) and recapping Friday night’s 4-0 loss against Forge FC (16:31). From there, KJ and Charlie discuss Forge, and Mitchell Tierney joins to chat about the Hamilton club’s match with CF Montréal on Wednesday (20:00). Mitchell sticks around to break down Cavalry FC’s dramatic 2-1 win over the weekend against Valour FC (23:58).

Then, the gang remains in Alberta as Benedict Rhodes comes in to discuss a tight showdown between FC Edmonton and Atlético Ottawa, which ended in a 2-1 win for the visiting Atleti (31:55). Alex Gangué-Ruzic is the show’s third guest, providing all his thoughts and insight on a back-and-forth 0-0 draw between Pacific FC and York United on Friday — which also served as preview for Tuesday night’s rematch between the sides in the Canadian Championship (40:37).

Finally, a very special guest joins KJ and Charlie from his hotel in Victoria, as York goalkeeper Niko Giantsopoulos shares the fascinating story of his whirlwind weekend, which saw him travel to Charlotte, North Carolina after being loaned to MLS side Vancouver Whitecaps for their match on Sunday (50:05).