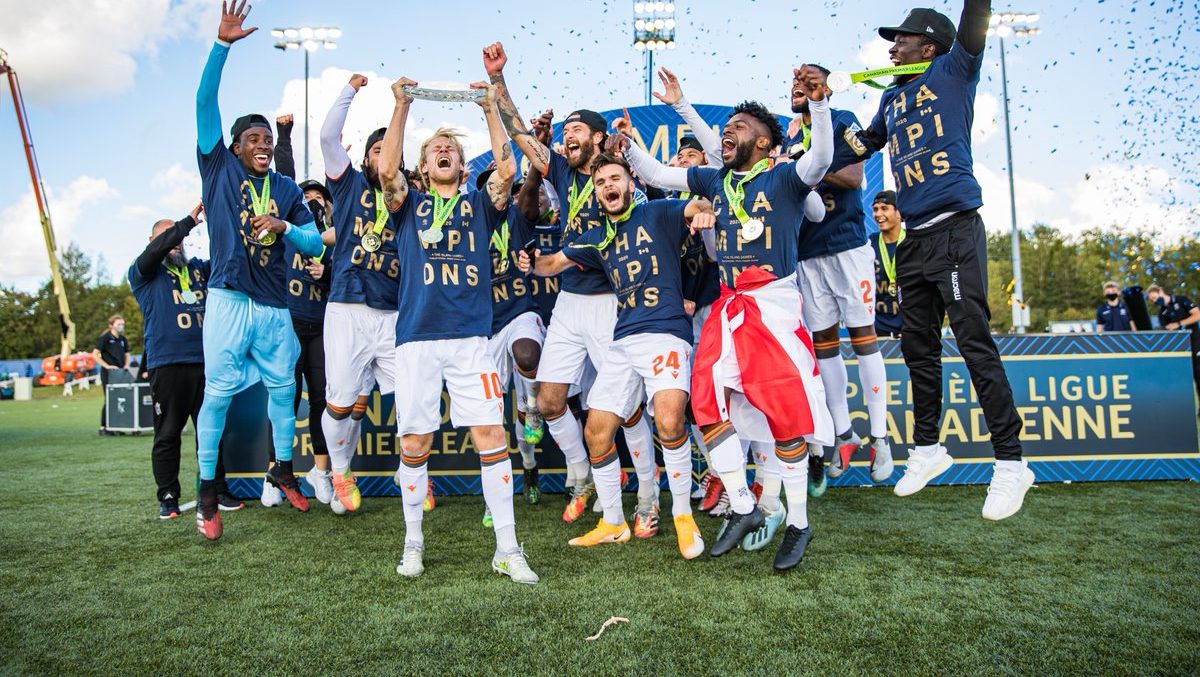 For the first time in weeks, it’s Monday morning and there’s no CPL soccer to look forward to in the coming days.

As grand a climax as Saturday’s Island Games final was to watch, it’s setting in now that the 2020 CPL season has come to a close after a wild six weeks in Prince Edward Island. All in all, we saw 35 entertaining games played out at UPEI in Charlottetown, and then Forge FC walked away with the North Star Shield for a second time in as many years.

It would be borderline criminal to forget it all, though. The entire competition was a remarkable spectacle of Canadian soccer, filled with drama and quality.

As we did after the opening round of The Island Games, the team at CanPL.ca has singled out a few unofficial awards to hand out for the second group stage and CPL Final in PEI (not to be confused, of course, with the true CPL Awards, whose nominees were announced last week).

It was an incredible breakout tournament for Farsi, the 20-year-old Montreal native at Cavalry FC. He was a scoring threat, a playmaker, and a pressing weapon on either flank of the pitch.

Perhaps the greatest moment of his Island Games campaign, though, was this goal against Pacific FC. In Cavalry’s first match of the second group stage, with Pacific having recently pulled one back to cut their deficit to just one goal, Farsi came up big all on his own.

Farsi spotted Jordan Haynes’ misread of goalkeeper Callum Irving’s pass, and he immediately turned on the jets to chase down the loose ball. He knocked it toward the corner while he himself cut the other way around Haynes, easily winning the race to the open ball.

What happened next was spectacular: Farsi, from an incredibly difficult angle, placed his hard shot perfectly off the far post and in.

Honourable mentions are due to Marco Bustos’ brilliant header against HFX Wanderers FC and Akeem Garcia’s goal against Forge in the group stage opener.

The Ox was rightly named a finalist for the CPL’s Golden Glove award as the league’s top shot-stopper in 2020, after an Island Games that saw him make some fantastic saves for the Wanderers.

Unfortunately, his performance in the CPL Final may ultimately be remembered for Forge’s second goal, which bounced into the net after a mistake, but Oxner had a fantastic game before that.

Oxner made three saves in the final, and he threw himself on some extremely dangerous loose balls in the box that should otherwise have been goals. His greatest moment, though, came in the 73rd minute; the ‘keeper was off his line after playing a straightforward pass to Andre Rampersad, who turned the ball over to Forge at the worst time.

With Oxner scrambling back into position, David Choinière walked in all alone on goal. Oxner, however, managed to get his left arm out and bat the shot down.

All the second group stage games (and, of course, the Final) were very entertaining; the stakes were high, teams were engaged, and everyone seemed to have cranked the intensity level up a notch from the first round, which hadn’t seemed possible.

Still, we have to give the crown to this afternoon clash. It was like a three-act play, and it was the moment HFX Wanderers truly earned their place in the CPL Final.

After seeing yellow in just the second minute, Cavs defender Jonathan Wheeldon fouled in the box just 11 minutes in, earning a red card and giving HFX a penalty. Playing with 10 men, Cavalry suddenly had to climb out of a hole — one which grew even deeper when they conceded another penalty in the 41st minute, making it 2-0 for HFX at halftime.

The Cavs were already decimated by injuries (none of Nik Ledgerwood, Nico Pasquotti, or Oliver Minatel appeared in the game), so there wasn’t much Tommy Wheeldon Jr. could turn to off the bench. Still, he stitched something together; Jair Córdova came in to get a goal back for Cavalry, and team manager Tofa Fakunle pulled on his boots and very nearly equalized at the death.

Despite playing a man down, Cavalry took seven shots in the second half and had even more possession than in the first, fighting tooth and nail against a resilient HFX team.

Honourable mentions are due to the chess match CPL Final, and the outstanding Marco Bustos-led Pacific FC performance against HFX Wanderers.

This was a tough one to pick, with the other two nominees for the CPL’s U-21 Canadian of the Year award (Valour’s Julian Dunn and Cavalry’s Mo Farsi) would be deserving as well.

N’Sa really turned it on in the group stage, though. He was one of the best fullbacks in the CPL when it came to 1v1 battles, and he was both pacey and defensively responsible on the right flank. The Wanderers played some very direct football, which meant they relied on their fullbacks to move the ball quickly. He did just that.

Unfortunately, the CPL Final wasn’t necessarily N’Sa’s best performance at The Island Games, which Forge working to suffocate him a bit (although he did lead the team in touches), but he was still an unsung hero for the club, playing particularly well against Cavalry.

It has to be, doesn’t it? Bekker captained his team to yet another championship, picking up a second straight Player of the Year nomination in the process.

Bekker was joint-third in the CPL at The Island Games for chances (12), second in ball recoveries (58), first in crosses (22), and fifth in key passes (11). The stats can’t tell the whole story with Bekker, though.

He covered an unbelievable amount of ground, logging very heavy minutes for Forge despite playing a high-tempo, exhausting style. He was really the engine behind everything Forge did, with his exceptional passing and ball-winning ability.

Coach Bobby Smyrniotis said it best: “He’s one of the biggest reasons why we do it… There’s no better guy to have leading your team on the field than Kyle Bekker.”