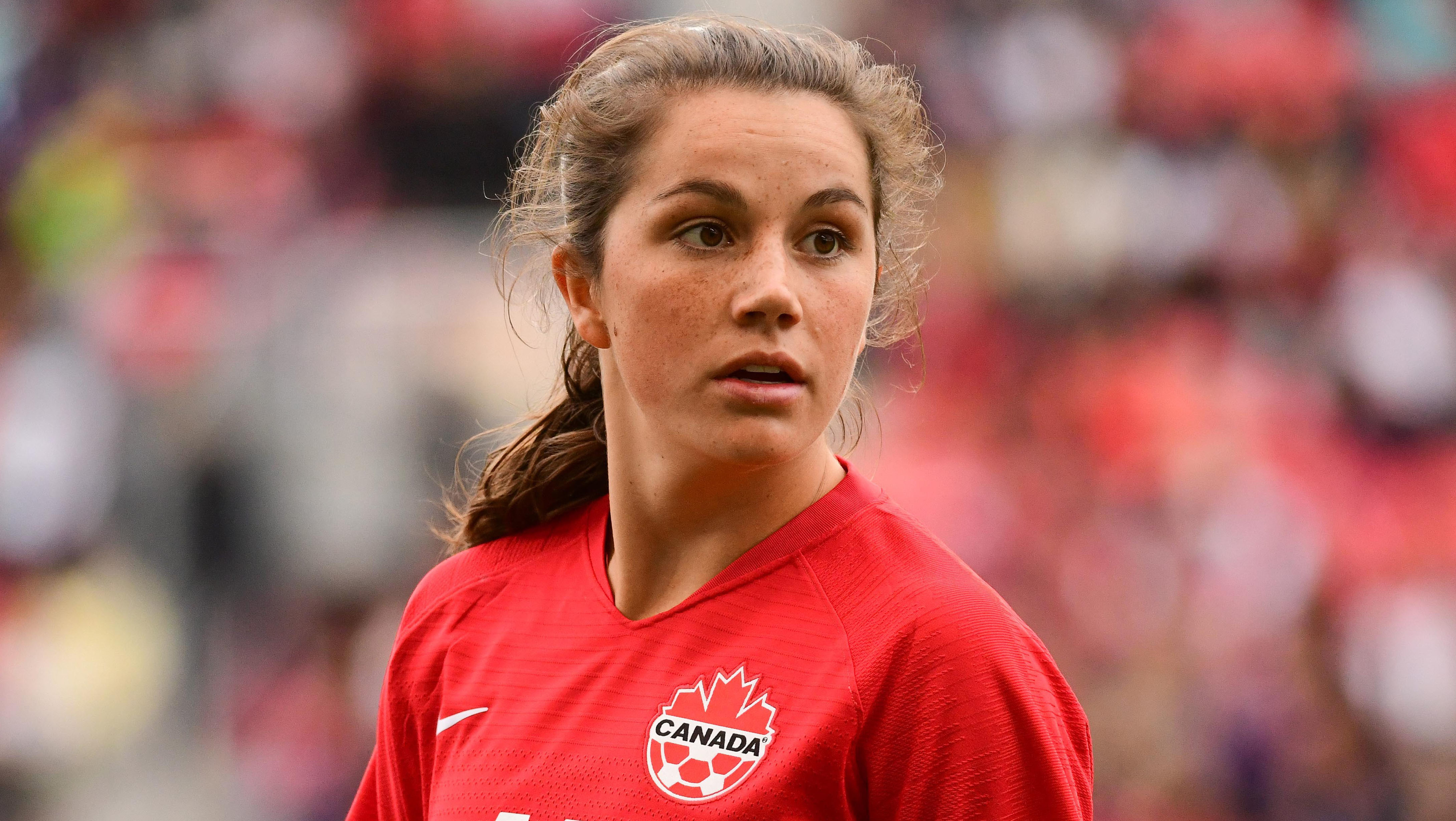 Two of those players, Fleming and Rose, have already won Olympic medals with Canada. Grosso, Riviere and Carle have all earned a few dozen caps over the recent years. De Filippo is attending her first senior camp.

While a number of Canadians are having strong 2019 collegiate campaigns, Heiner-Møller admits only around eight are currently on his radar. Even so, he doesn’t want that quashing anyone’s goals of eventually making the national team.

“What’s pretty cool about the NCAA for the players going there is no one is actually knowing what’s happening since they’re away from Canada,” he said. “Some of these late bloomers might come to colleges and all of a sudden they find a coach that clicks with them that can especially develop that player.

“We need to be very prepared at how we are looking into NCAA, and we do. I’m looking more into Europe, more into the NWSL [National Women’s Soccer League]. When players are starting to pop on the radar, we’ve got coaches looking at the NCAA, and they forward it to me.”

So, essentially, that means for every Kadeisha Buchanan and Ashley Lawrence – both had storied careers at West Virginia University while also playing on Canada’s national team – there could be a Shelina Zadorsky waiting in the wings. Zadorsky earned countless accolades at the University of Michigan, but the defender didn’t become a senior team mainstay until after a few years of playing professional soccer in Europe and Australia.

For Heiner-Møller, it’s about finding consistency, and sometimes, he said, a small body of work in college isn’t enough to earn a call-up.

“I’ll look at players and say, ‘That’s interesting. Let’s have one more look at them’,” he explained. “Then they might have another good game, and we’ll want to look at them again. And some of them had just that one game that they stood out.

“The hard thing about the NCAA is you want to compare those players with those coming into Olympic qualifications or Olympics. Sometimes it’s like comparing apples with pears. It’s hard. That’s where we are trying to get some of the young players in to look at them. That might be in either EXCEL camps or other camps where we can look at them. Or we’ll go and watch them play live.”

Heiner-Møller has done that with defender Vanessa Gilles, who is hoping to make her first appearance for Canada in the Japan friendly. After recently wrapping up her career at the University of Cincinnati, Gilles signed with Girondins de Bordeaux in France, where she caught the eye of the Canadian coaching staff.

Gilles wasn’t on the radar at the national youth levels, but her body of work in the NCAA and her jump to the pro game in the French first division now has the 23-year-old on the cusp of becoming a full-time senior player.

“In the NCAA, there might be around eight players we’re looking at this minute,” Heiner-Møller offered. “But, as I said, sometimes someone is just having a great match, and we need to look into if that’s someone we need to put more attention into.”