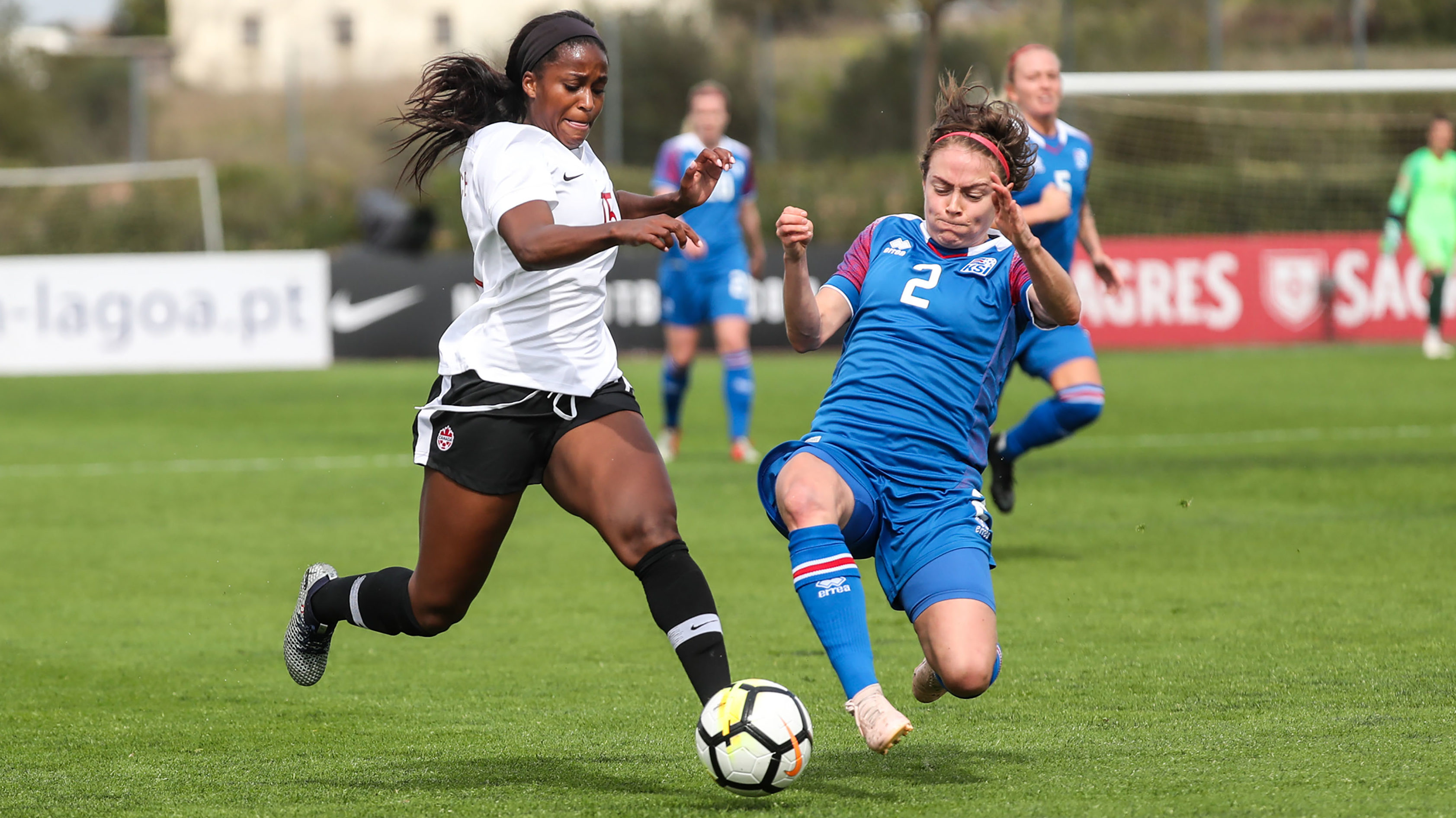 Canada’s women’s national side played to a goalless draw with Iceland to kick off its 2019 Algarve Cup on Wednesday.

The Canadians dominated possession and had multiple chances throughout the match, but Iceland was able to hold on.

Diana Matheson, Janine Beckie and Christine Sinclair all had first-half chances but were unable to convert. Chances came in the second half as well for Canada, who walked away with a point in the first match of Group A.

“A very, very dominant performance in every aspect of the game, but, the most crucial thing in the game, we didn’t succeed on,” head coach Kenneth Heiner-Moller said. “It’s something we need to work on. We need to be able to convert.

“We do know Iceland defends with a big heart. Iceland beat Scotland 2-1, and I expect a match a little like this. They are more technical in midfield, which we need to take in consideration. I hope for as good a performance as we just put on.”

Canada is now 1-0-1 against Iceland all-time, having defeated the European nation in 2016.

Canada meets Scotland on Friday. That result will determine Canada’s third and final match of the tournament set for next Wednesday.