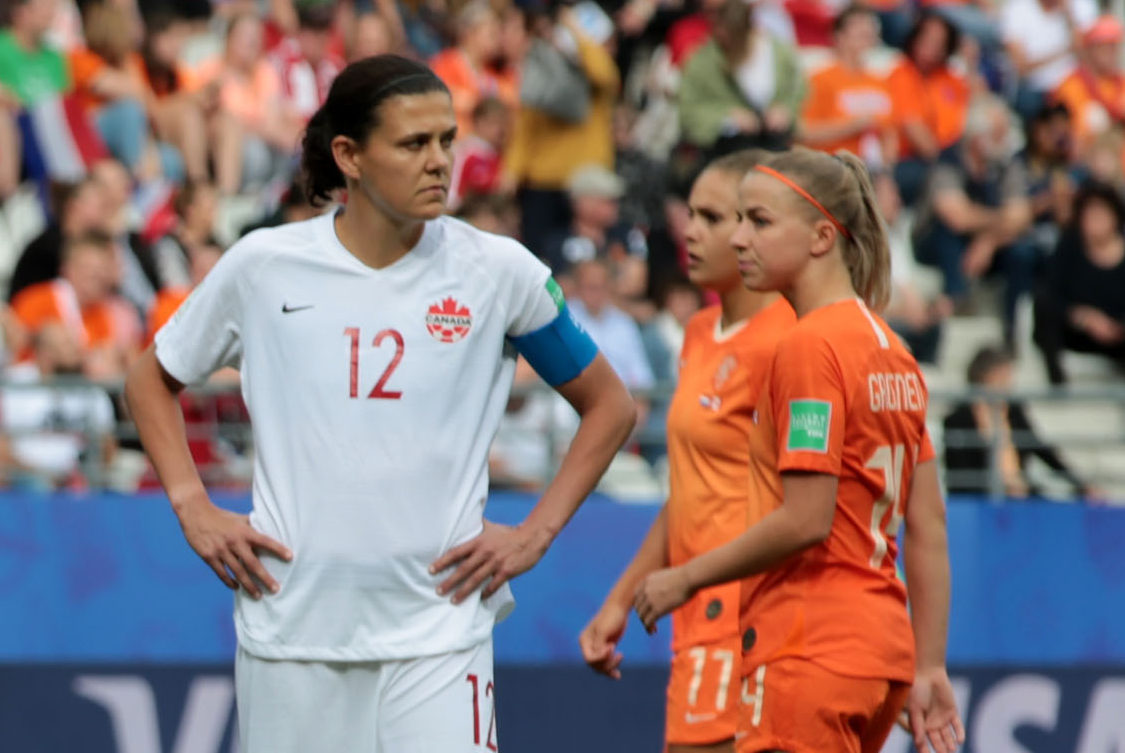 Canada dropped their final group stage match at the 2019 FIFA Women’s World Cup in France on Thursday, losing 2-1 to the Netherlands to finish second in Group E.

Christine Sinclair netted the lone goal for the Canadians – her 182nd goal of her international career — via a 60th-minute equalizer.

Dutch forward Lineth Beerensteyn’s 75th-minute marker put the Europeans ahead later in the second half, eventually guaranteeing the win and top spot in the group. Both teams had already booked a spot in the Round of 16 heading into Thursday’s match.

Sinclair is now two goals away from tying Abby Wambach’s international record of 184.

“Obviously, this Dutch team is very talented,” Sinclair told the broadcast crew after the match. “They have some world class players, and it definitely took us a little while to get into the game and find our rhythm and find our footing. We’re disappointed with the result, proud of how we grew into the game, but if you give up some of the chances we gave up to the Dutch, they’re going to bury them.

“They’re a physical team, great with the ball, very organized, and it was a different level than the first two games of the tournament for us. In a way, it was a good wake-up call for us heading into the knockout round.”

The loss means Canada will play Sweden, the runner up of Group F, at the Parc des Princes in Paris on Monday. Sweden dropped a 2-0 result to the U.S. later in the day on Thursday, setting them up with a date against the Canadians.

The Dutch will move on to play Japan, having topped Group E with their win over Canada.

“I know if we play to our best, we can beat everyone and that includes anyone who we may face in the next rounds,” CanWNT head coach Kenneth Heiner-Møller said following the match. “We were trying to win this match ‎because that is what we do and we do very well. ‎We need to learn from this game, shift quickly and focus on the next task. We are only looking forward.”