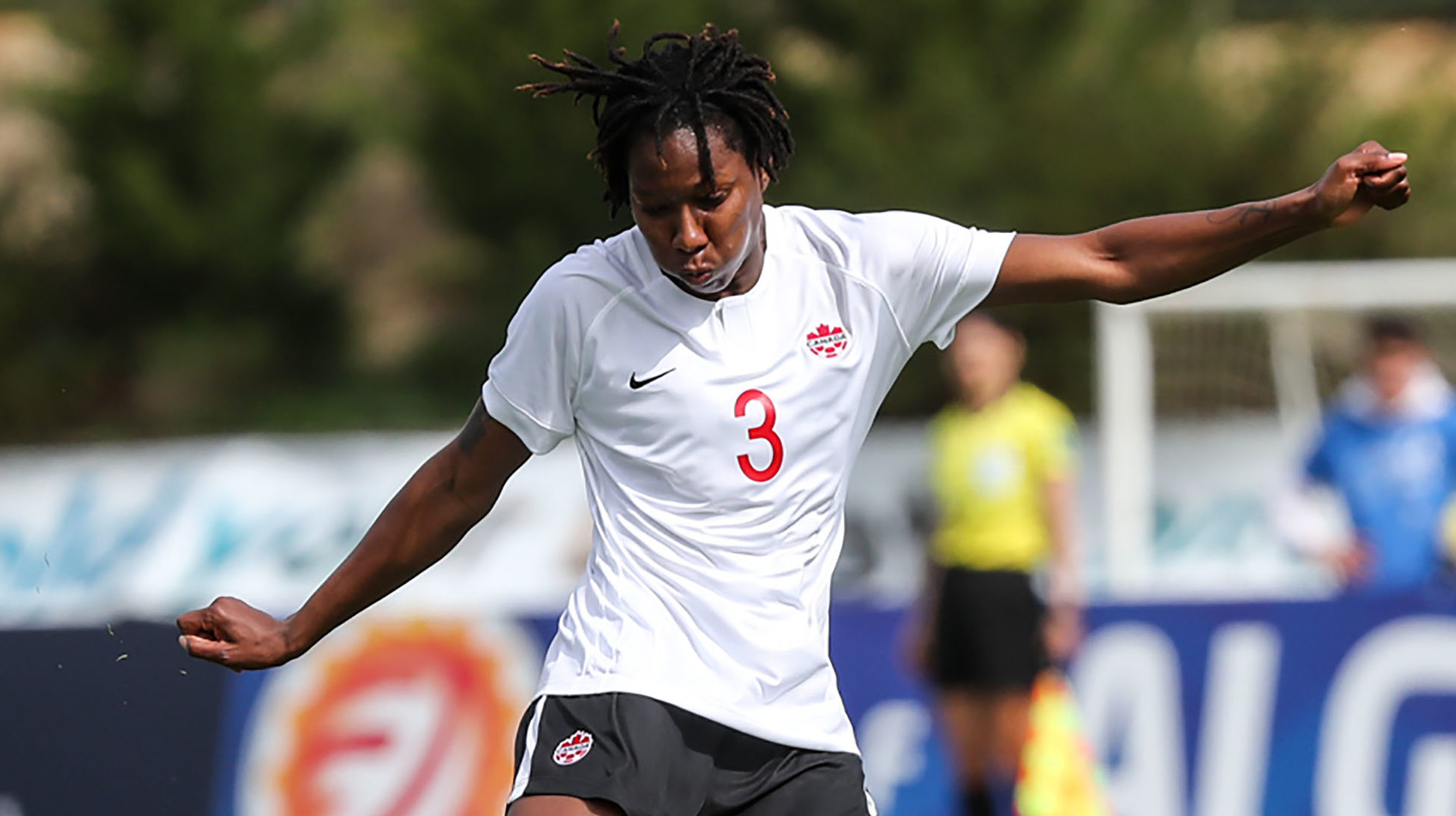 Canada’s women’s national team took the bronze medal at the Algarve Cup on Wednesday after beating Sweden 0-0, 6-5 on penalties.

While the scoring chances were limited in the match, Canada’s defence was up to the task on Sweden’s break, highlighted by Kadeisha Buchanan making multiple key tackles including a brilliantly timed tackle inside Canada’s 18-yard-box.

Canada’s best chance came in first-half injury time after Christine Sinclair played Jessie Fleming in after a Janine Beckie throw. Fleming played the ball back to Ashley Lawrence who buried the pass, however, the ball through to Fleming was offside and the teams went into the locker room 0-0.

In the second half, both teams had strong scoring chances in the opening minutes with Sweden hitting the crossbar and going just over the net. Janine Beckie also landed a cross on top of the Sweden net narrowly missing a goal before coming close to scoring again on a long run that was saved.

The match went scoreless over 90 minutes, sending the competition’s third-place match to penalties.

Both teams were knotted at 4-4 after the first five kickers. Kadeisha Buchanan slotted home Canada’s sixth converted penalty. Sweden responded with their sixth before their next shot was tipped wide left by Stephanie Labbé. Jessie Fleming stepped up and buried the goal to earn bronze for Canada.

“I think there’s a lot of positives to take out of this tournament,” Kenneth Heiner-Moller said. “Today, it’s the fourth clean sheet in a row. We saw everyone in action, all 23 players, that explains a lot about our depth. This match was awesome, playing against Sweden who is a top team and the amount of pressure we put on them defensively and offensively is pretty amazing. If we can play like this for the entire tournament, it’s looking good, but we need to do better to find the back of the net.”

Canada finished the tournament with a 2-0-1 record, following a 0-0 draw with Iceland and a 1-0 win over Scotland in the group stages.

The win over Sweden brings Canada’s record to 6-13-3 over 22 matches against the Swedes. Canada has won the three of the past seven matches between the two sides.

Canada’s women’s team will now shift its focus to England, their opponents in an April 5 friendly in Manchester. The match is part of ongoing preparations for the 2019 Women’s World Cup set for this summer.

Additional matches ahead of France 2019 will be announced in the coming weeks.