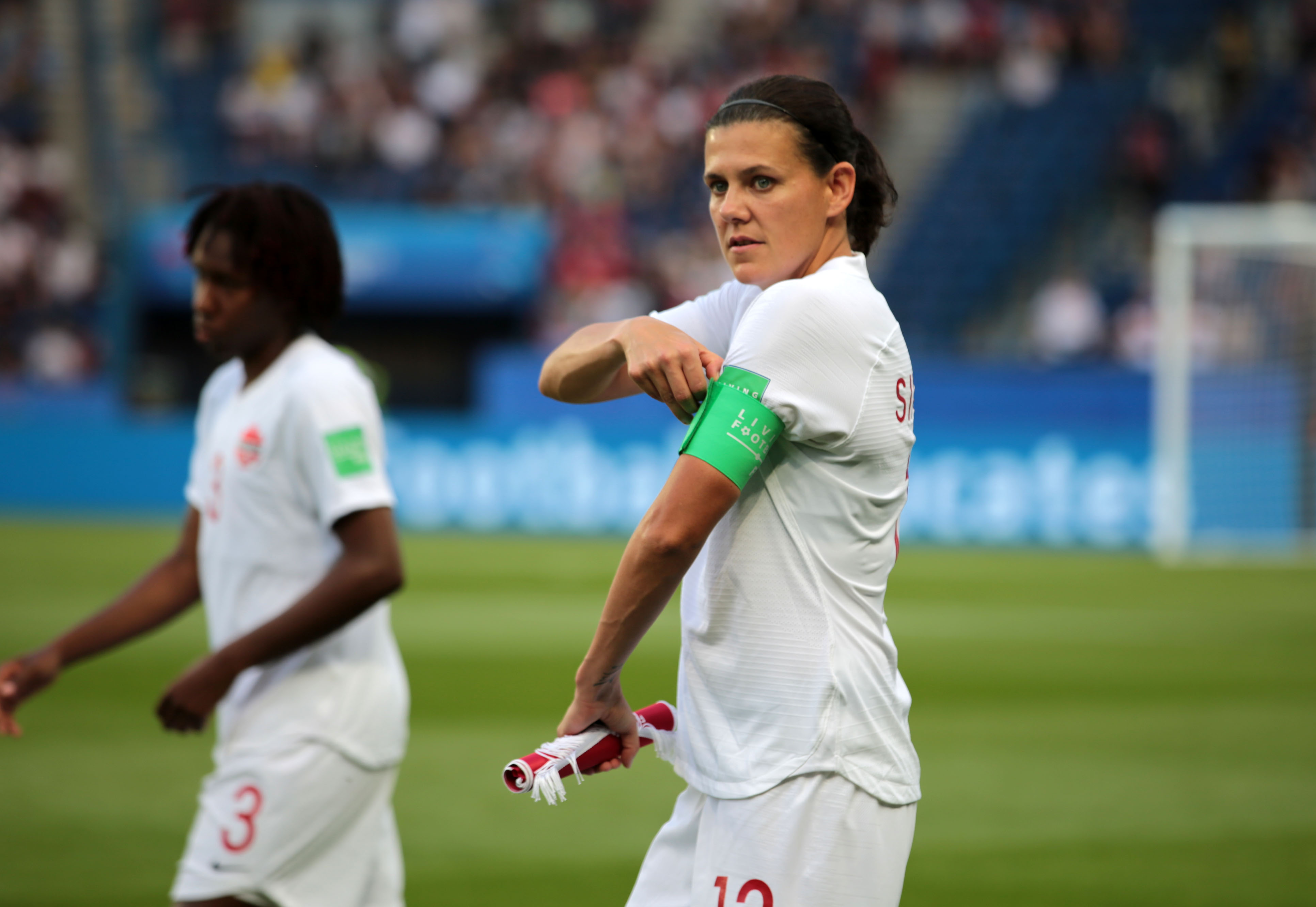 To book their trip to Japan this summer, though, the Canadians must first navigate the Concacaf Olympic qualifying tournament which runs from Jan. 28 to Feb 9, 2020.

Canadian coach Kenneth Heiner-Møller has put together a 20-player roster for the Concacaf competition, and it’ll be interesting to see how this group of players rebounds from last summer’s disappointing showing at the FIFA World Cup in France when the team bowed out in the round of 16.

And, of course, all eyes will be on Christine Sinclair as she attempts to make history. More on that later.

In the meantime, here’s what you need to know about the Concacaf qualifiers and Canada’s bid to win a spot at the 2020 Tokyo Olympics.

How does the tournament work?

The eight-team field that is vying for a pair of Olympic berths is divided into two round-robin groups.

The semifinals and finals are scheduled for Feb. 7 to 9 in Carson, California.

Canada’s iconic captain currently sits on 183 international goals since making her national team debut as a teenager in 2000.

The 36-year-old forward from Burnaby, B.C., is now poised to leapfrog retired U.S. star Abby Wambach (184 goals) as the all-time leading scorer in international soccer, for both women and men.

If all goes to plan, Sinclair should break Wambach’s mark sometime during the group stage.

What is the makeup of this Canadian roster?

In total, 16 players who were part of Canada’s 2016 Olympic bronze medal-winning team in Brazil are on this roster, while Sinclair, Sophie Schmidt, and Desiree Scott were also bronze medallists at the London Games in 2012.

Who is missing from Canada’s squad?

Two veterans absent from Canada’s roster are midfielder Diana Matheson and goalkeeper Erin McLeod, who have combined for over 300 caps. Both have been recovering from injuries that ruled them out of the 2019 FIFA Women’s World Cup in France.

“They’ve got the experience that is sometimes needed in these big tournaments,” he said. “Going into the Olympics, we’re going to cut the roster again [to 18 players], which is going to be a hard decision. You bring in players who are ready to play.”

Jenna Hellstrom and Olivia Smith were named to Heiner-Møller’s preliminary squad, but were later cut as all teams have to submit 20-player rosters for this tournament.

Hellstrom, a 24-year-old from Sudbury, Ont., has four caps for Canada, and plays in the NWSL for the Washington Spirit.

Smith became the youngest player to appear for Canada’s senior women’s team (at 15 years and three months) when she came off the bench in a loss to Brazil last November. The winger from Whitby, Ont., won a second cap three days later in Canada’s win against New Zealand.

How important is it for Canada to win its opening group?

The second-place team in Group B crosses over and plays the winner of Group A in the semifinals with an Olympic berth on the line.

It’s fair to assume the top-ranked United States will win its group, so Canada will want to avoid a semifinals showdown with their neighbours to the south – a semifinal vs. Costa Rica, Haiti or Panama would pose a far easier challenge for the Canadian side.

Canada should win its group, though.

St. Kitts and Nevis is currently ranked 127th in the world and is making its debut in the tournament.

Canada has won all seven of its previous meetings vs. Jamaica by a combined score of 48-1. The Reds sport an all-time record of 21-2-1 against Mexico, with their lone loss coming in 2004.

Other than Sinclair, who is Canada’s player to watch at this tournament?

A case can be made for several players, including Janine Beckie, who is having a standout season with Manchester City, as well as teenager Jordyn Huitema (who plays in France with PSG) and Ashley Lawrence, voted Canada’s player of the year for 2019.

But keep a close eye on Jessie Fleming, a 21-year-old midfielder with UCLA who is believed to be looking to join a big club in Europe.

“She can almost pick and choose the club she’s going to,” Heiner-Møller said of Fleming. “I feel she’ll improve further when she goes into a club either in Europe or the NWSL. She’s a smart player who can find the pass to either space or a player.”