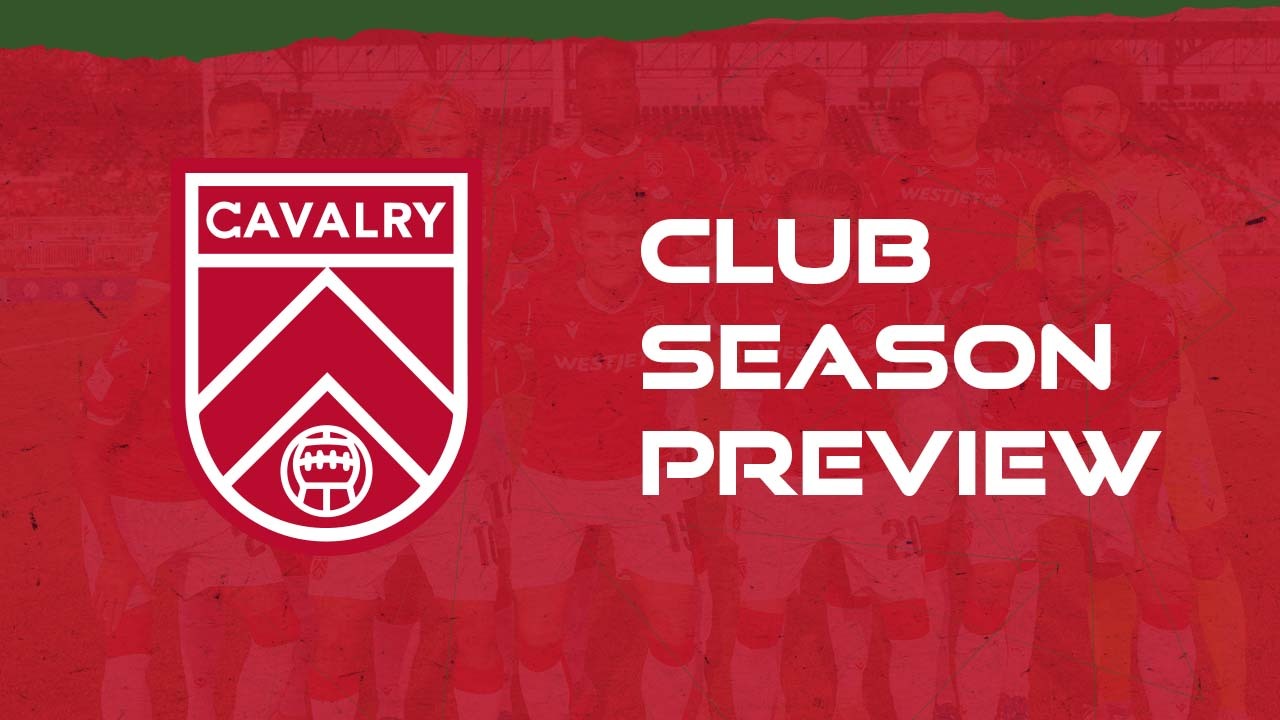 Cavalry FC had another strong regular season in 2021, but again were unable to get over the line in the playoffs.

Their 2021 season ended after falling 2-1 at home to eventual champions Pacific FC in the semifinal, losing in extra time after turning off for a split second when they thought the ball was going out of bounds. Pacific’s Kunle Dada-Luke didn’t give up on the play, striking the ball across the box, off goalkeeper Marco Carducci, and into the back of the net.

They finished second in the table in the regular season, with one of the best defensive records — conceding 30 goals in 28 games (only Forge allowed fewer with 24). The problem for Cavalry often came in the goalscoring department. The Cavs were held scoreless eight times in CPL action, and limited to just one goals on nine more occasions. Injuries to several attackers, and a couple of dry spells saw them draw games they should have probably won.

In 2019 the club were dominant in the spring season and topped the fall season as well, but fell to Forge FC in the two-legged final. At the Island Games in 2020, they again led after the opening round, but lost to both of the eventual finalists Forge and HFX Wanderers in the second, missing out on the final. There’s a hurdle that Cavalry are yet to clear, but as head coach Wheeldon Jr. has said in the past, they have always been there or thereabouts in terms of challenging for the North Star Shield.

They have brought back almost all of their core from a year ago, including several players who have been with the club since 2019 — Marco Carducci, Mason Trafford, Sergio Camargo, Jose Escalante, and Elijah Adekugbe. Dangerous striker Joe Mason is back for a second season, as are fellow attacker Anthony Novak and defenders Karifa Yao and Daan Klomp.

Cavalry will be a strong, familiar team in 2021, and look very good again on paper. This year will be all about peaking at the right time and trying to win that elusive North Star Shield.

One of the biggest departures from the Cavalry playing staff this offseason came with the retirement of club captain Nik Ledgerwood. Ledgerwood, who retired after two decades in the professional game, was the club’s first signing and captained the team for its first three seasons. He has remained with the club as an assistant manager to Tommy Wheeldon Jr., replacing the outgoing Martin Nash, who is now the head coach at York United. Following Nash to York United was striker Oliver Minatel, who had been with Cavalry for their first three seasons.

Also among the players leaving the club was Mo Farsi, the 2020 CPL U21 Player of the Year, who signed with Columbus Crew 2 in MLS Next Pro. He made 38 appearances in all competitions for Cavalry between the 2020 and 2021 seasons, scoring twice and adding four assists. He was one of the most consistent players in the CPL in 2021, building on his impressive breakout season the year before.

Cavalry have retained a lot of their 2021 roster, and made some big additions as well. The most important one may be bringing Karifa Yao back to the club again on loan from CF Montreal. The 21-year-old centre back was part of a formidable partnership with Daan Klomp last year that helped allow the second-fewest goals in the CPL — just 30 in 28 games. Joining him on loan from Montreal is 17-year-old midfielder Jean-Aniel Assi.

Cavalry’s season begins in the nation’s capital, travelling to take on Atletico Ottawa at TD Place on Saturday, April 9. That match also kicks off a three-game Ontario road trip, during which they will also take on Forge FC at Tim Hortons Field on Saturday, April 16 and York United at York Lions Stadium on Friday, April 22.

They then take the pitch at home for the first time on Sunday, May 1 against the reigning champions Pacific FC, before hitting the road again for the first AL Classico of the season on Friday May, 6 at Clarke Field.

AL Classico matches will also take place at home on June 26 and July 30, as well as the second away match against The Eddies on September 17.

One of the top goalkeepers in the CPL since the league first kicked off in 2019, Calgary native Marco Carducci will again be the starter for his hometown club in 2022. The 25-year-old is second all-time in CPL clean sheets with 19, three back of Forge FC’s Triston Henry, and won the 2019 CPL Goalkeeper of the Year award. His preseason was interrupted by a testicular cancer diagnosis, but it was dealt with quickly and Carducci said he’s taking it day by day and hopes to be fully ready to go by the first or second week of the season.

Joining him between the sticks is 2021 backup Tyson Farago, and a new signing, German netminder Julian Roloff, who joins from FC Koln II.

If something feels wrong or feels unusual, get it checked out.@mcarducci96 on the importance of getting checked out early ⬇️

Last year Cavalry were most effective when playing with a back three that allowed them to be defensively solid and play out of the back, with two wingbacks on either side of a central midfield pairing. Daan Klomp and Karifa Yao were the two constants in the side for Tommy Wheeldon Jr.’s men, both among the best defenders in the league. Yao is back with the Cavs on loan from CF Montreal, reuniting the duo for another season. Alongside them, there are a couple of options for the third centre-back. Mason Trafford has been with the club since 2019, always a consistent performer in the backline, and David Norman Jr. can also play centre-back, but has often been used in his natural central midfield position during his career.

With Mo Farsi moving onto Columbus Crew 2, Cavalry have brought in Fraser Aird from FC Edmonton to replace him. Aird played in all 28 CPL matches for the Eddies, scoring five goals and adding five assists, one of the more dangerous right-sided players in the CPL. He can play on the wing or as a fullback, so if Cavalry use a 3-4-3 formation, the right side of the midfield suits him perfectly. On the left side, Jose Escalante is back for a fourth season with the club, signing a new contract through the 2023 season. An entertaining attacker, and never one to shy away from a confrontation, Escalante has become a fan-favourite in Calgary, and will compete with Tom Field for minutes on the left side of the midfield, or challenge for a spot further up the pitch in the front line.

In between the two wide players, Cavalry have several strong options in the middle of the park. 2021 U21 Canadian Player of the Year nominee Victor Loturi has signed a new multi-year contract, and after playing every single game in 2021 will be a key contributor again in 2022. The club has also brought in Canadian international Charlie Trafford, the cousin of Mason, from Welsh club Wrexham. The club also has CPL veterans Elliot Simmons and Joseph Di Chiara, as well as Elijah Adekugbe — who was one of the team’s most important players in 2019 and 2020, but missed the entire 2021 season after tearing his Achilles tendon before the season started.

Should Tommy Wheeldon Jr opt for a back four instead of a back three, Norman Jr. can also push forward into midfield and create a midfield triangle with the two other central midfielders.

Up top, Joe Mason will be the focal point of the Cavalry attack. Cavalry’s top scorer from a year ago, Mason formed a strong partnership with Sergio Camargo and Ben Fisk on either side of him, and that will likely be the first choice trio for Wheeldon Jr. heading into 2022. Two-time CPL champion Anthony Novak is also back with the Cavs after scoring four goals in 25 CPL appearances in his first season with the club in 2021, after making the move from Forge in the 2020-21 offseason. New Zealand international attacker Myer Bevan has also signed a multi-year contract, joining the club after scoring 19 goals in 22 games last year for Auckland City FC.

This Cavalry team is as deep as it is talented — they have multiple strong options at every position on the pitch, and the ability to play multiple formations thanks to the versatility of players like David Norman Jr. and Sergio Camargo to play multiple positions.

Joe Mason came to the CPL with a high pedigree after spending much of his career scoring goals in the Championship in England, and lived up to that in the CPL. Despite only playing 15 of 28 games in 2021, Mason found the back of the net seven times — plus another goal against FC Edmonton in the Canadian Championship.

He’s a great finisher, and because of the goal threat he is, often distracts multiple defenders at once. His movement off the ball is crucial with that in mind, because it can create empty space for his teammates to exploit. This counter attack against Pacific FC is a great example of how he can finish chances, and make smart runs into space to create those opportunities in the first place.

Cavalry doubles their lead as Joe Mason picks up his second of the night#PACvCAV l 📺: @onesoccer
pic.twitter.com/6Vkevq8oME

If he can score at the rate he did in 2021 over a full season (he joined the team a few games into the season and dealt with injuries), he can challenge for the Golden Boot when the year is all said and done. Cavalry struggled to score goals at times in 2021, and to improve that in 2022, they’ll need another big year from their star man.