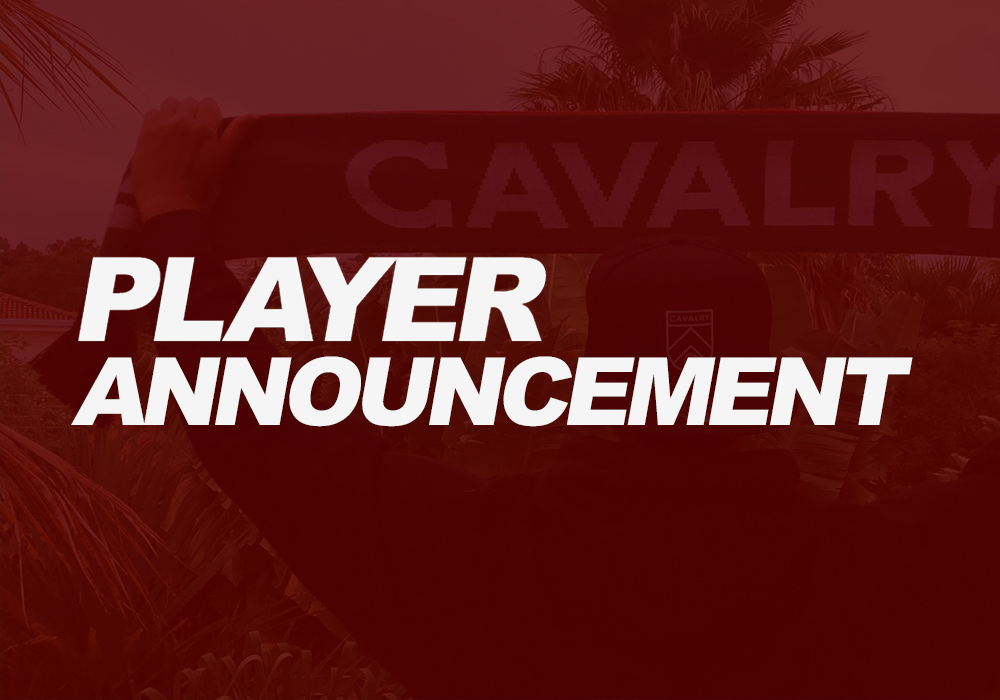 Northover was part of the Calgary Foothills in 2018 and holds the record for most matches played for the PDL team over the past four seasons. Northover also featured for the SAIT Trojans.

“Dean is a terrific player and should have been playing professionally before now,” said Cavalry head coach Tommy Wheeldon Jr. “Having worked with him for 5-plus years now, he is a very consistent player with exceptional control and 1-v-1 defending.”

Colombian born Carlos Patino was named the PDL assist champion for 2018 and has previously played for Seattle Sounders 2 in the United Soccer League (USL). Patino also brings European experience to Cavalry FC, having previously featured for Vanersborgs IF in Sweden.

“Carlos is technically very good. He has a great passing range that creates a ton of goal scoring opportunities,” Wheeldon Jr. said. “He adds versatility to our attacking depth and is one of the hardest working players I’ve seen.”

“Nico is a really exciting player that adds exceptional pace and drive to our team,” said Wheeldon Jr. “He’s someone who will excite the fans and inspire his teammates.”

Finally, Markham, Ontario native Niko Giantsopoulos joins Cavalry FC having impressed the club’s coaching staff in the Prospects camp for the Al Classico game in Fall of 2018. Giantsopoulos previously played in the NCAA at Calvin College and was named to the Division III All-American Team in 2014. Following his NCAA career, Giantsopoulos moved to Australia and signed with the Devonport City Strikers of the Tasmanian Northern Premier League.

“(Cavalry FC goalkeeper coach) Jordan Santiago was impressed with Niko’s positioning and reflex ability,” Wheeldon Jr. said. “He is also a terrific character and one we’ll need around the club and in the community.”

Related Links
Wise and ready to build a club, Oliver Minatel returns to Canada Goalkeeper Carducci ‘right there’ with the best of his generation Cavalry FC’s Wheeldon Jr. sticks with what he knows ahead of 2019
© 2020
Canadian Premier League
Read our privacy policy.