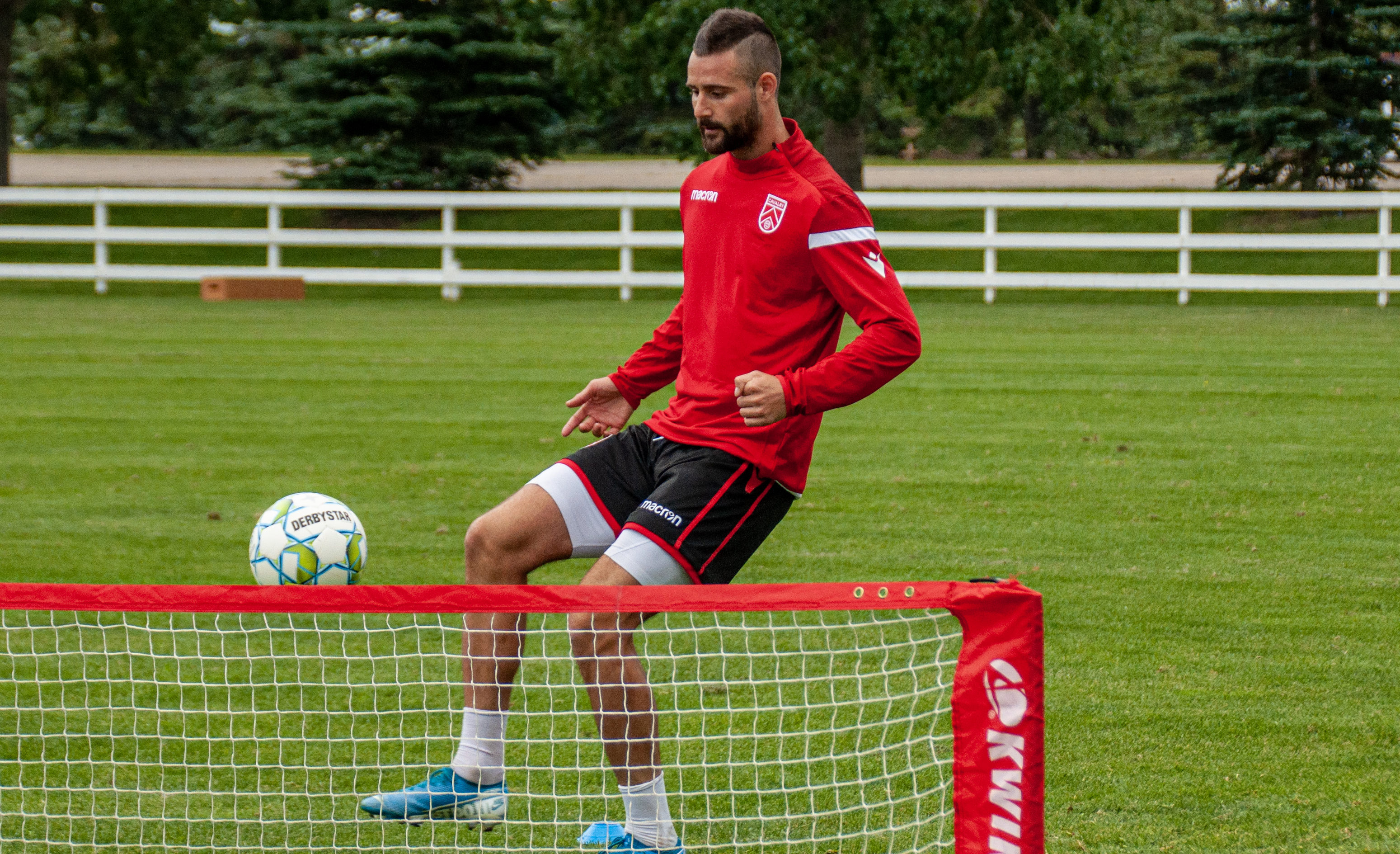 Cavalry FC announced a notable addition to their attack on Friday, revealing that they’ve brought on experienced Canadian striker Marcus Haber for the 2020 CPL season in Prince Edward Island.

The 31-year-old Vancouver native, who has been training with the club for several weeks now, played in 15 games in all competitions for Pacific FC in 2019, scoring four goals.

He also has 27 Canadian national team caps, having first represented his country at the senior level in 2010 (after a strong showing at various Canadian youth levels, especially U-20).

Haber has played for Canada at the Concacaf Gold Cup and during several FIFA World Cup qualification campaigns, scoring three goals in his career for Les Rouges. He made his senior debut 10 years ago in a friendly against Ukraine, having returned to play up front after a surprising stint at centre back during the 2007 U-20 World Cup hosted by Canada.

Prior to returning home in 2019, Haber played all over England and Scotland, appearing in the Scottish Premiership for Dundee and St. Johnstone, as well as English soccer’s League One for Stevenage and Crewe Alexandria, among others.

After beginning his career with the USL-era Vancouver Whitecaps, he signed with English Premier League side West Bromwich Albion following an impressive trial. Haber went out on loan to several clubs while signed to West Brom, before ultimately departing the topflight side.

The 2019 CPL campaign didn’t go exactly as planned for Haber, who struggled with injuries and managed to make the starting lineup just six times for Pacific. Still, with his experience both in Canada and abroad, Cavalry is confident that the veteran striker might be able to provide some physicality in the penalty area during the 2020 CPL season.

“Marcus is a big signing for us in both his playing experience, and his physical presence on the pitch,” Cavalry coach Tommy Wheeldon Jr. said.

“He’s a terrific old-fashioned target man that on his day is a handful for any defender, as our centre-backs testified from marking him last year. His body of work prior to joining the league bodes very well for us, giving us some valuable experience that we are confident will be an extremely valuable asset for our squad this season.”

Haber joins a forward group in Cavalry that includes Jordan Brown and incoming Peruvian striker Jair Córdova. He’ll help strengthen an attack that’s likely to be missing a pair of key international contributors in José Escalante and Richard Luca, who haven’t been able to return to Canada from their home countries due to travel restrictions.

The Cavs now have 22 players signed for 2020, although the status of both Escalante and Luca remains to be determined.