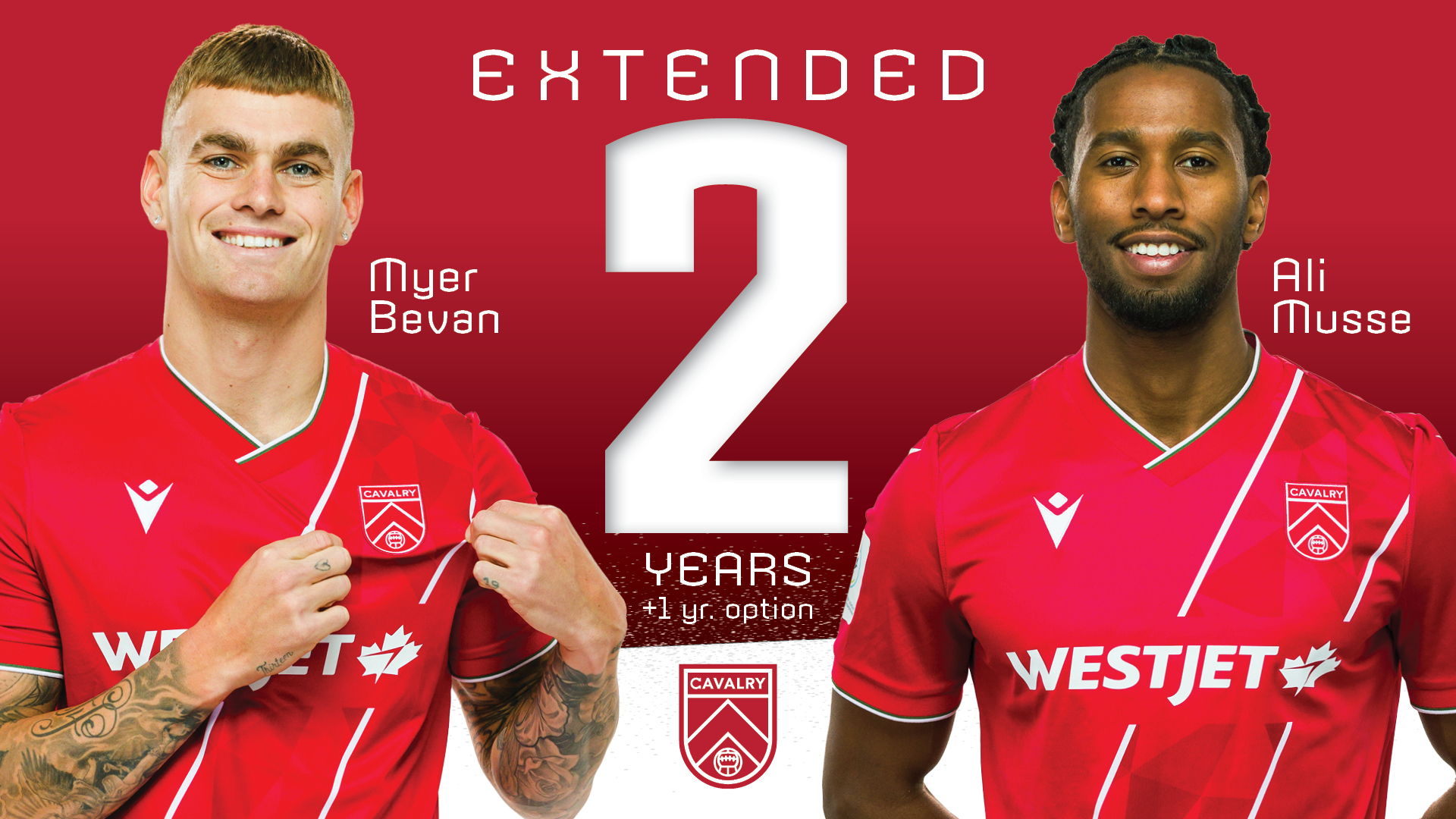 Cavalry FC announced Tuesday the club has extended the contracts of forwards Ali Musse and Myer Bevan on a further two-year guarantee, with the option to extend into 2025. During the 2022 season, both players had remarkable moments that the club and supporters look forward to seeing more of this season.

Ali Musse was the club’s top goal contributor this past season with 11 goal contributions in total, seven of which were goals and four of which were assists across all competitions. Musse’s most memorable goal of the 2022 season was his winning strike vs Valour FC in the 87th minute on Oct 2nd, 2022, which secured the club’s fourth consecutive play-off qualification

Myer Bevan showed some clinical goal-scoring instincts in his 2022 debut season for the club. The New Zealand native scored six goals in 14 appearances last season, including tying the Golden Boot winners (Sunusi Ibrahim and Brian White) in the Canadian Championship with three goals. His highlight reel goal against his former club Vancouver Whitecaps FC in the Canadian Championship on May 22nd, 2022, will be one of his most memorable to date.

“Both Ali and Myer give us exciting options in our attack,” says Cavalry FC Head Coach and General Manager, Tommy Wheeldon Jr.

“Ali is a terrific dribbler with the ability to produce something spectacular, whilst also willing to initiate our high press and get us on the front foot. Myer is a true goal scorer in that he can score any type of goal, whilst also being a great teammate that works for the team. Securing them for future years for the club is a great investment, as they still have their best years ahead and it allows us to keep building the chemistry across the front line.”

Cavalry FC is thrilled to have both players extending their stay at the club and look forward to a successful season in 2023.