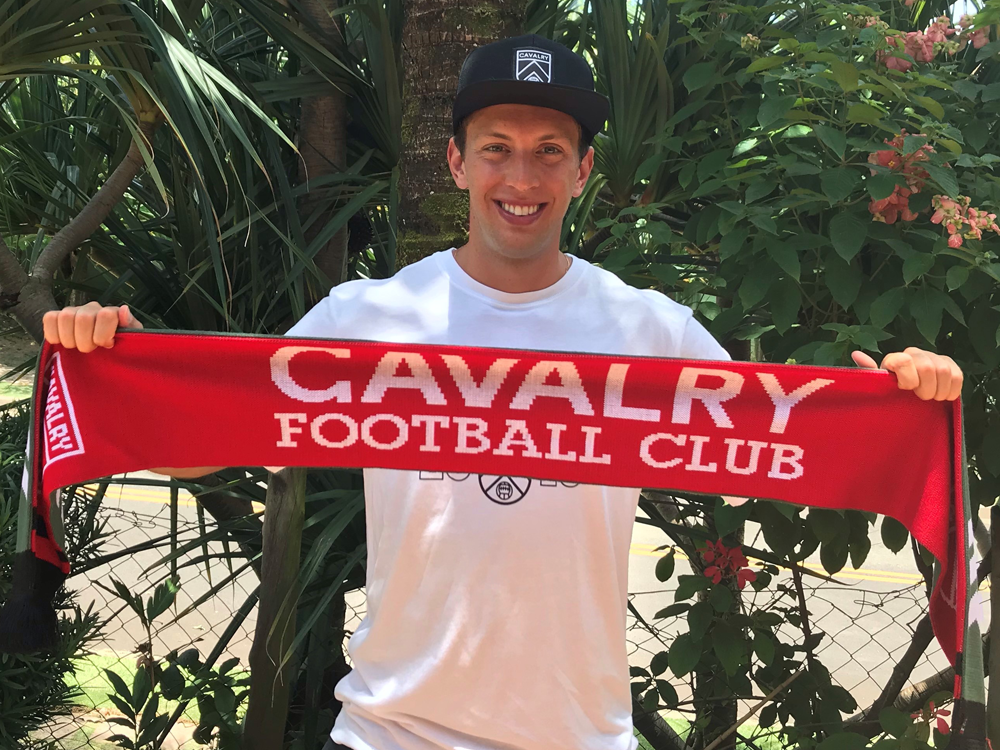 Minatel, originally from Campinas, Brazil and currently training in Sao Paulo, is no stranger to life and soccer in Canada, having previously played for the Ottawa Fury in 2014.

“We wanted to bring Oliver to the Cavalry as he is a fantastic professional with great personality and the type of pedigree we were looking for in our first international import that could add instant value to our team,” said Tommy Wheeldon Jr., Head Coach & General Manager, Cavalry FC.

“Oliver has had a fantastic football education in Brazil before going to the Netherlands with PSV (Eindhoven) and then onto Portugal with Nacional. He has also played in Canada and across North America so understands the landscape very well, which will make him adapt and make an impact very quickly.”

Cavalry FC Assistant Coach Martin Nash worked with Minatel during shared time with Ottawa Fury, with Nash stating; “Oliver is an intelligent footballer that is very good technically and dangerous in and around the opponents penalty area. He was the leading scorer for Ottawa in the 2014 season we worked together.”

Minatel last played for South Melbourne in Australia and joins Cavalry FC hungry to prove himself in the CPL.

“I’m very excited with the opportunity to join the Cavalry FC in its inaugural season and to contribute with the club on and off the pitch,” Minatel said.

“It’s an honour to be back to Canada at such an important time for soccer in the country.”

Minatel is expected to arrive in Calgary in February 2019 to begin training, pending the approval of an International Transfer Certificate (ITC) and appropriate visas/work permits.

Related Links
Carducci ‘right there’ with the best of his generation ahead of 2019 season How an Achilles injury changed Cavalry FC midfielder Elijah Adekugbe Cavalry FC’s Wheeldon Jr. sticks with what he knows ahead of 2019
© 2020
Canadian Premier League
Read our privacy policy.