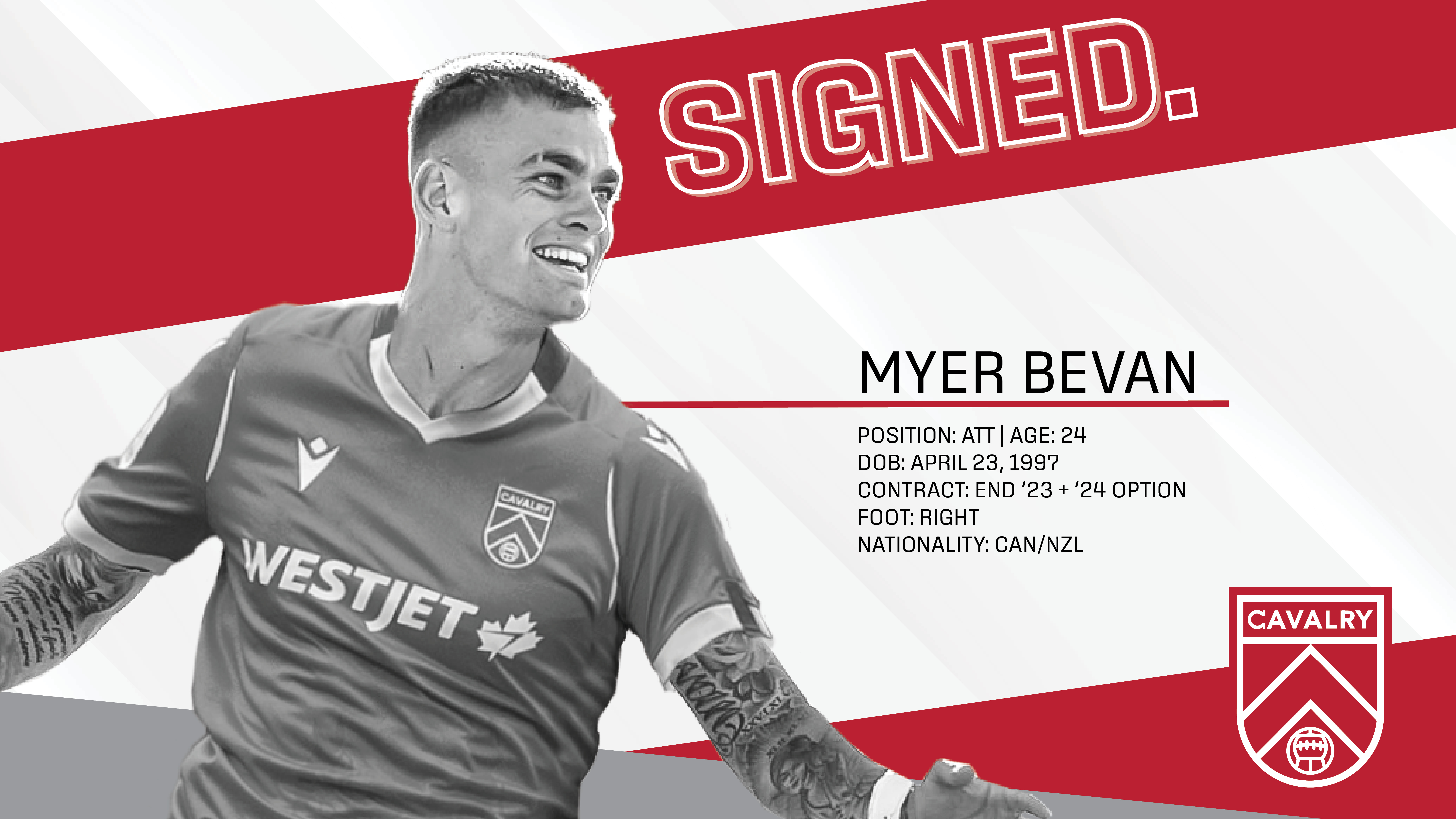 Bevan grew up training and playing his early professional days in New Zealand before moving to the Nike Academy in England in 2016. In 2017, Bevan signed with Canadian USL side Whitecaps FC 2, where he played for one season before transferring to the Vancouver Whitecaps MLS team. The striker then joined South African Premier League side TS Galaxy in 2020, and moved back to New Zealand to play for Auckland City FC last year. Bevan is a dual national and also holds Canadian citizenship, and as such is eligible to take a domestic roster spot.

Notably, Bevan also played for New Zealand on the international stage first as a U20 player in 2016 scoring 7 goals in 9 games. He also played for the U23 team and scored 12 goals in 5 matches, and then continued to the senior team where he scored 2 goals in 6 matches. His success on the pitch has not gone unrecognized, as he was the 2019 Golden Boot winner of the New Zealand ISPS National League where he notched 15 goals with Auckland City FC. Overall, in his 22 games with the club, Bevan scored 19 goals. 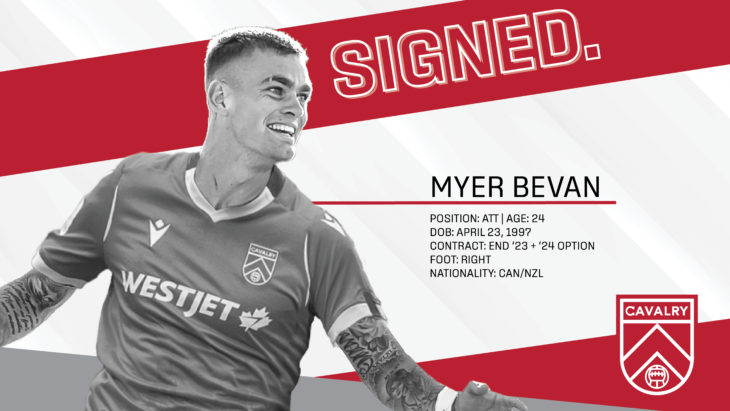 “I’m very grateful for the opportunity Cavalry FC and Tommy have given me. I’m excited to meet the staff, my new teammates, the fans, and to get started in my new colours. I’m confident that us, as a group, will bring success to the club this season.” – Myer Bevan, on signing with Cavalry FC

“Myer is a dynamic forward that has been on our radar for a while.  He’s the type of striker that causes the opposition centre backs a nightmare with his pace, clever movement and clinical finishing.  He’s also not afraid to do the work on the other side of the ball and is relentless with his pressing and creation of opposition turn overs.” – Tommy Wheeldon Jr. , Head Coach & General Manager, Cavalry FC