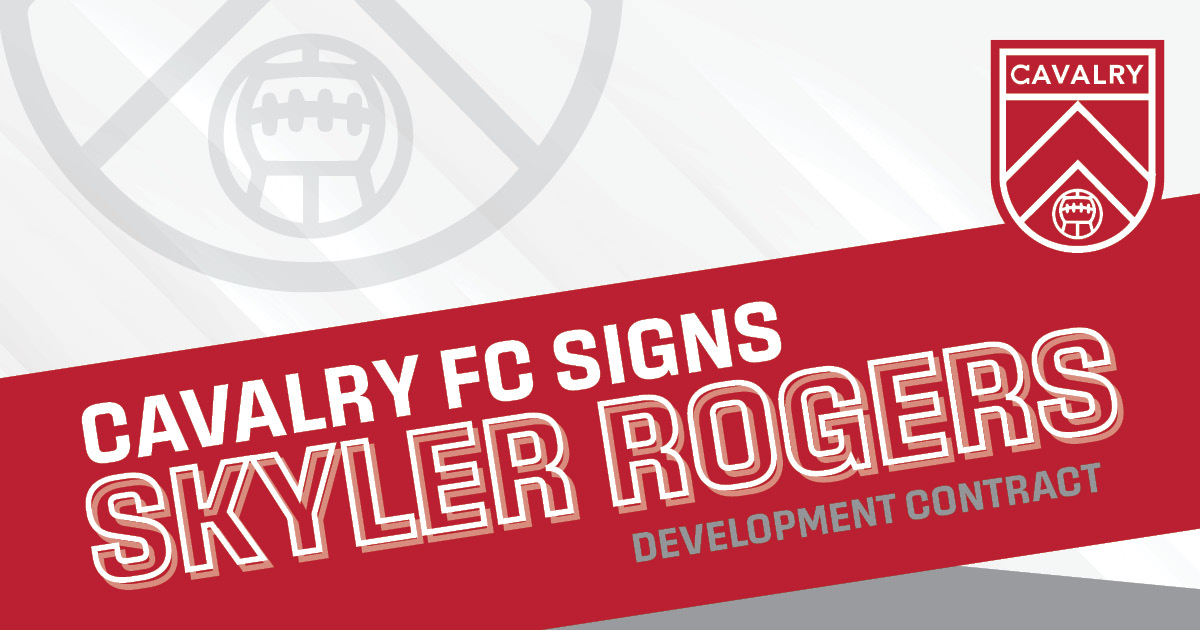 Rogers has been signed to Cavalry FC’s roster as a developmental player. The 18-year-old comes to the club from Foothills Soccer Club, and he’s looking forward to wearing Cavalry FC colours out on the pitch.

“I am excited to compete at a higher level and challenge my continued development.”

“Skyler is a promising young player that has come under the tutelage of Jay Wheeldon at Calgary Foothills and recently been part of the Alberta Summer Games team. He has shown very well in pre-season training and deserving of the opportunity to join up with the pro’s.”