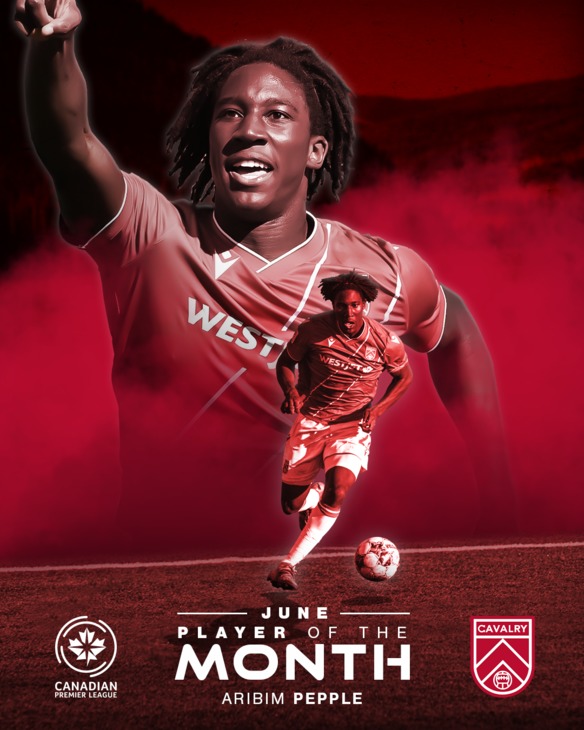 Cavalry FC forward Aribim Pepple has been named the Canadian Premier League’s player of the month for June.

The 19-year-old scored five times in four matches this month and became the first CPL player to score in five consecutive matches. He now has six goals on the season, second in the league’s golden boot race. They are also his first six professional goals.

The young striker has demonstrated a variety of different attacking qualities over the past few months, scoring from open play, seat pieces and even stepping up to the penalty spot. His goal against Halifax was perhaps the shining moment of his month, a brilliant volley that showcases his elite-level finishing ability.

Pepple follows Ollie Bassett of Atlético Ottawa, who won the award for May, and Marco Bustos who was the CPL’s best player in April.