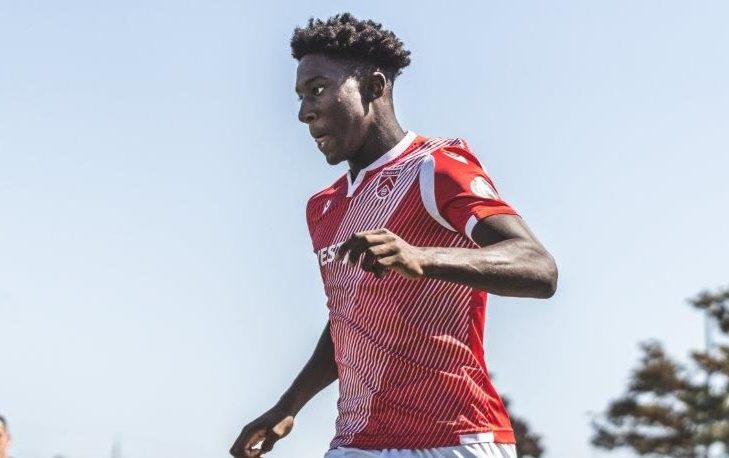 Cavalry FC announced on Tuesday that forward Aribim Pepple is going on a two-week trial with Leicester City of the English Premier League.

Pepple, 17, recently completed a trial with Premier League outfit Sheffield United, who had the option to sign the teenager to a permanent contact once the trial was over. Instead, Pepple opted to explore his future options with Leicester City, who were crowned English topflight champions in 2016.

The Cavalry forward, who has played for Canada at the U-17 level, will begin his trial with the Foxes this week.

Pepple signed with Cavalry last summer and ended up making six appearances during the recent Island Games. In total, the youngster made 15 appearances in all competitions during his two seasons with the Cavs.

At 16 years, seven months, and 20 days, Pepple became the youngest player to appear in a Canadian Premier League match when he debuted for Cavalry in a 0-0 draw vs. HFX Wanderers FC on Aug. 10, 2019.

Cavalry coach Tommy Wheeldon Jr. recently hinted that the club was receiving calls about several members of his roster, suggesting that it might be the “peripheral” players — and perhaps not the big names who played more minutes — that were drawing attention.

“It’s a bit like we had last year, we had some big hitters in the way Marco Carducci and (Dominick) Zator had played, and (Dominique) Malonga, and all these guys we mentioned, then it was Joel Waterman that came out,” Wheeldon told CanPL.ca in September.

“So something similar is happening now, where there’s some key guys that played very very well for us, but it’s some of the peripheral players that made an impact this year that people are inquiring about.”

Pepple was five years old when his family moved from Kettering, England to Calgary. Before signing with Cavalry, he played with the Calgary Foothills FC USL2 team.

Founded in 1884, Leicester City has won three league Cups (the last coming in 2000), in addition to winning the Premier League four years ago. The Foxes are coached by Brendan Rodgers and currently sit 4th in the Premier League table.