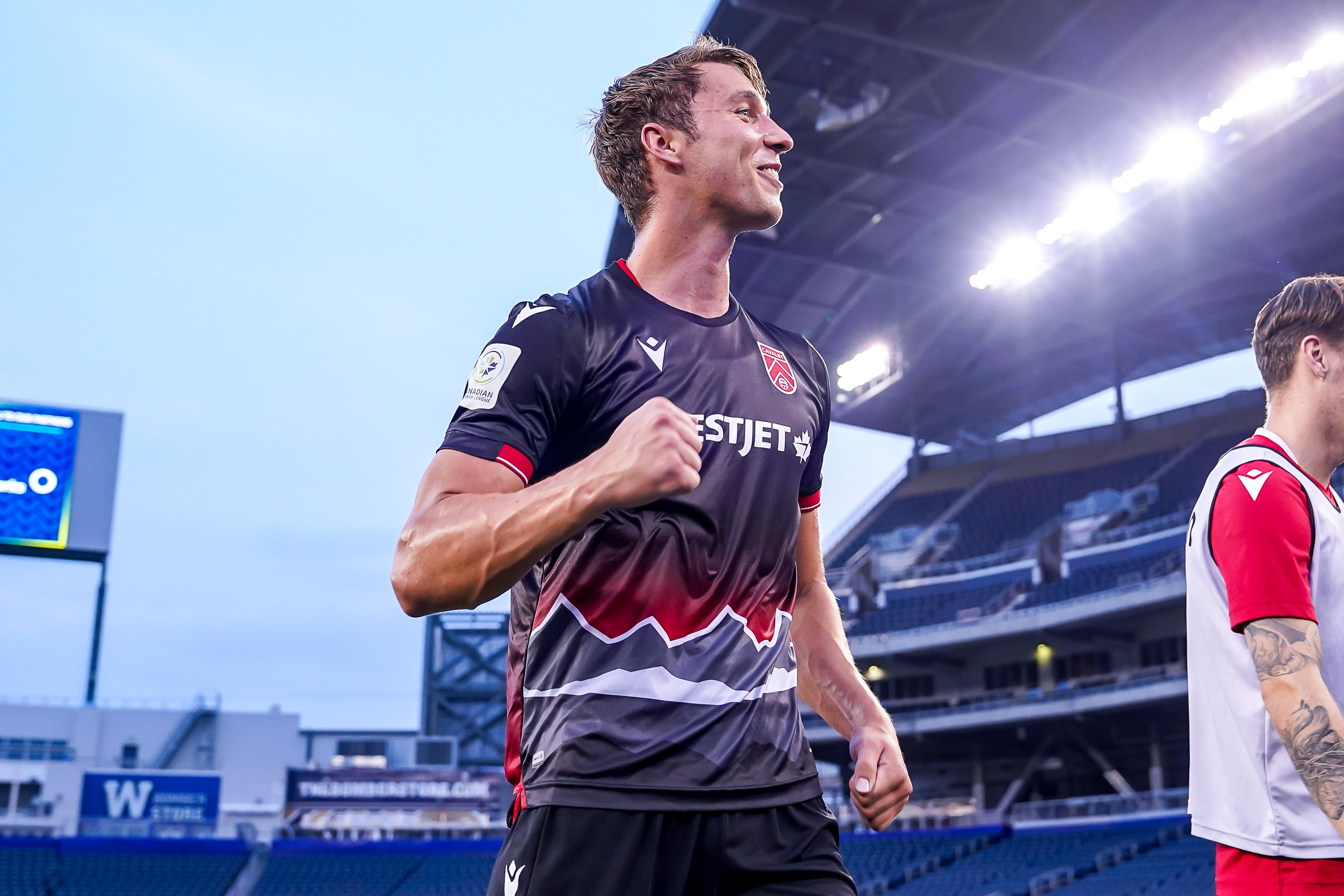 Cavalry FC defender Daan Klomp has been named CanPL.ca’s Player of the Week for the fourth matchweek of the 2021 Canadian Premier League season.

The 22-year-old centre-back from the Netherlands has been outstanding in the centre of Cavalry’s defence, helping steer them this past week to 2-1 wins over HFX Wanderers and Forge FC that leave the Cavs third in the league table heading into this weekend.

“He can defend, he can play, he runs for 90 plus minutes and he seems to be getting better and better. Massive upside,” said Cavalry coach Tommy Wheeldon Jr. after Klomp’s tremendous performance on Thursday against Forge.