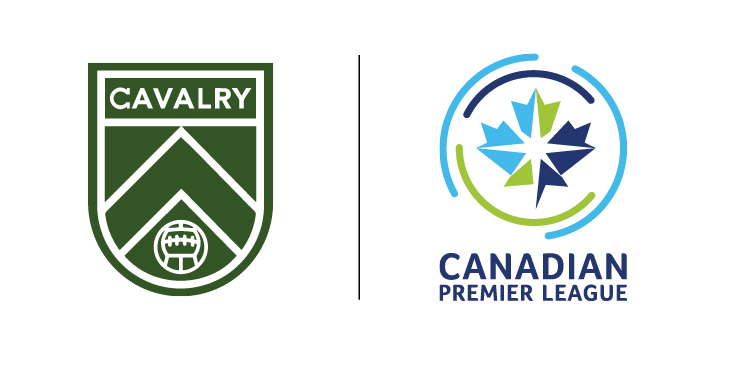 Calgary, AB (May 17, 2018) – The Canadian Premier League (CPL) confirmed today that Cavalry FC, based in Calgary, will be one of the founding clubs to play in the highly-anticipated professional men’s soccer league set to debut in Spring 2019.

The club’s name, Cavalry FC, is inspired by the region’s storied military history. It honours the armed services and first responders who continue to serve the Calgary area and the rest of the country.

Cavalry FC will play out of the renowned Spruce Meadows equestrian complex. Renovations to existing facilities at Spruce Meadows will result in a new soccer-specific stadium with an additional 5,000 seats featuring a world-class grass pitch along with top tier training facilities.

Spruce Meadows has also confirmed plans to embrace an authentic match day experience and will work with supporters to create an onsite home for club rallies and a “march to the match”.

The Cavalry FC name and crest recognize the history and pageantry of its home, Spruce Meadows, and also pays tribute to the city’s military legacy and geographic location. The chevron found at the centre of the crest is a nod to both the Canadian Army’s armoured regiment, Lord Strathcona’s Horse (Royal Canadians), and the Alberta Foothills and Rocky Mountains near Calgary. The football on the crest is a salute to soccer’s history and bright future in Southern Alberta. 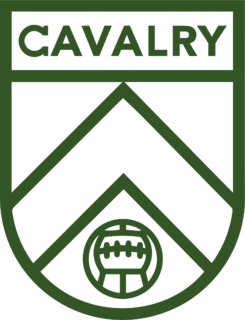 Cavalry FC’s brand identity was developed by the CPL’s internal creative team. The league’s group of sports cultural experts met with hundreds of supporters, players, volunteers, politicians and business leaders – all of whom share a passion to build a soccer culture in Calgary around a professional club of their our own.

“It is our sincere pleasure to welcome Cavalry Football Club to the Canadian Premier League as one of our founding clubs and help bring soccer to a whole new level in Canada. The entire team at Spruce Meadows Sports and Entertainment has worked tirelessly to make the dream of professional men’s soccer in Calgary a reality and they are poised to add yet another chapter to the city’s impressive sports history.”

“Calgary has witnessed and hosted world leading events such as the Winter Olympics and International Showjumping at Spruce Meadows, lifted Grey Cups and a Stanley Cup.  Many an Olympian have trained in this City and competed against the World’s best. The only thing we’ve missed in order to class ourselves as a World Class sporting city, is the professional level of the world’s biggest game… until now. I am extremely proud to have played a part in helping bring the professional game to this City with a truly world class organization in Spruce Meadows.”

“Spruce Meadows truly is a story of “by Canadians for Canadians” that has risen from virtually nothing to some degree of prominence and repute on the world stage over the last four decades. However, it is about so much more. It is about community, family, youth, and about providing pathways for Canadian athletes. Our vision for the sport of soccer and the CPL ticks all of those boxes. We believe that it is an exquisite fit at the perfect time.”

“I am honoured to be a part of this journey. Our community is passionate about sport and the global sport stage, and there is none more popular than soccer. We have a long history of providing opportunity for Canadian athletes to train, compete and excel.   We have now set goals and objectives for soccer in Canada that, while they might be lofty, are realistic. These are exciting times for fans, athletes and the community and we are delighted to play a role in it.”