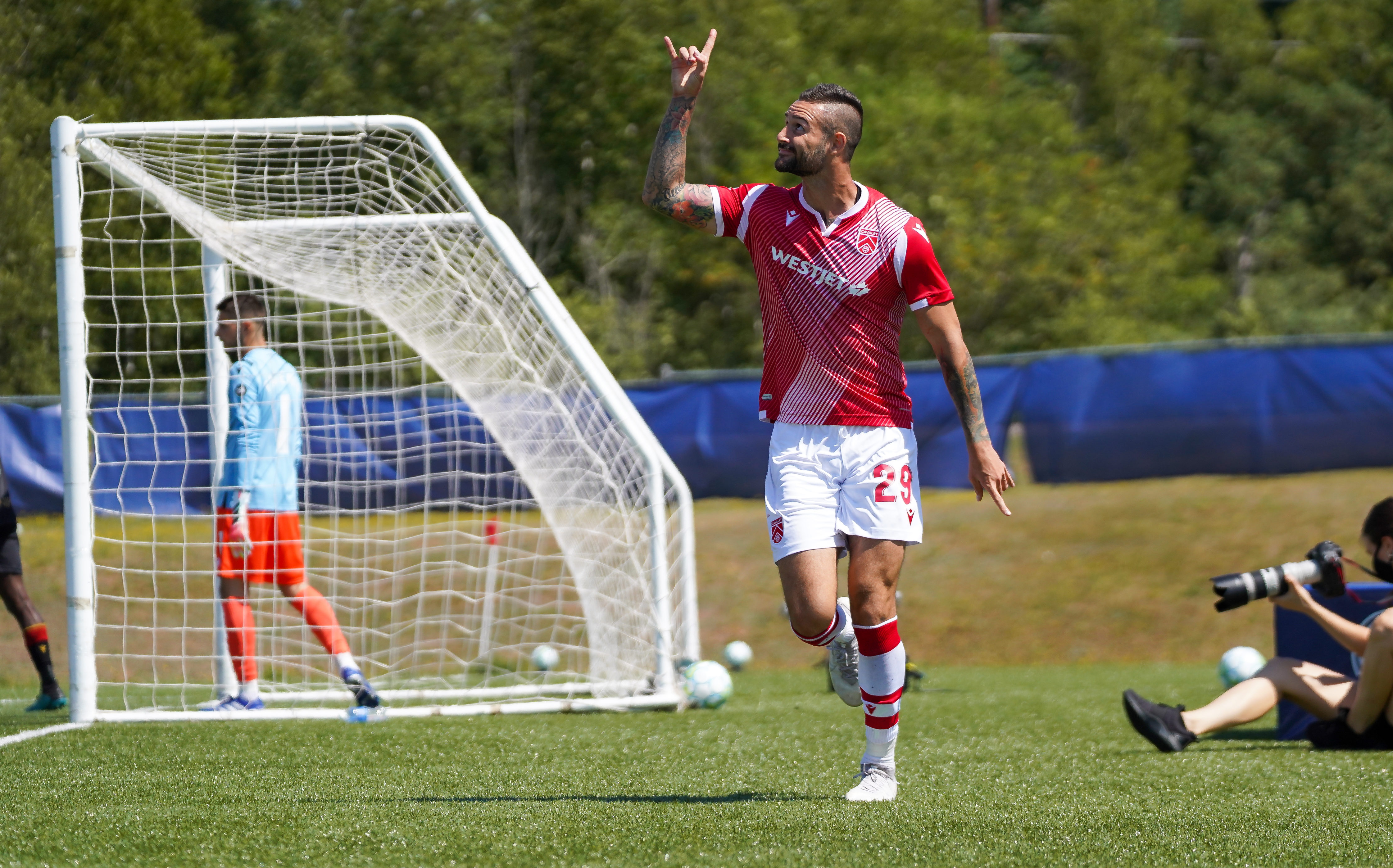 Win and you’re in. It’s that simple, and stressful, for Cavalry FC.

Coach Tommy Wheeldon Jr. would’ve liked to already be guaranteed a spot in The Island Games second round before the Cavs’ final first round game vs. York9 FC on Saturday (3:00 p.m. ET/4:00 p.m. AT, OneSoccer/CBC).

But at least Cavalry are in control of their destiny.

“We need to focus on these 90 minutes and be the best version of ourselves because we weren’t that in our last match,” Wheeldon Jr. told reporters on Friday. “You can see they’re relishing it and chomping at the bit to get out there and write their own script.

“We’ve put ourselves in a place where we can be the author of our own narrative.”

The Cavs are currently tied with York for second place in the table with 10 points apiece.

A victory by either side would see them clinch a second-round berth. A draw or loss would not mean elimination, as both Cavalry and York could still advance to the second round if results on Sunday (HFX vs. Ottawa and Pacific vs. Edmonton) go their way.

RELATED READING: Cavalry FC vs. York9 FC: Both teams on the brink of qualifying for 2nd round

Cavalry arrives after losing back-to-back matches to Atlético Ottawa and Pacific FC, results that stalled the Calgarians’ top-four momentum after going unbeaten in their first four games of the CPL season.

“Everyone’s going to have bad days at this tournament – that’s the beauty of it. You see Pacific, who was the team of the week after beating us but were lower than a snake’s belly after Thursday,” Wheeldon Jr. said

“Against Ottawa was different – they played a great game-plan and we lacked that cutting edge but against Pacific, we weren’t really ourselves. We were yards off in our press against Pacific – we couldn’t string three passes together in sequence until the second half.

History appears to be on Cavalry’s side. They’re unbeaten against the Nines dating back to a pre-season tilt in the Dominican Republic 16 months ago.

“It shows they can be got at. If you look at the two past matches it’s moments of magic from Manny Aparicio, and not taking anything away from him, that made the difference. We don’t want to give them a free-kick, that’s for sure.

“We like our opportunity against them, we have a great record against them and we know how to nullify their strengths.”

Attackers Sergio Camargo, Jair Cordova, and Jose Hernandez are injured but could “play little portions” on Saturday according to Wheeldon Jr.

“We might not be the healthiest physically, but we’ll be ready mentally, that’s for sure,” he said.