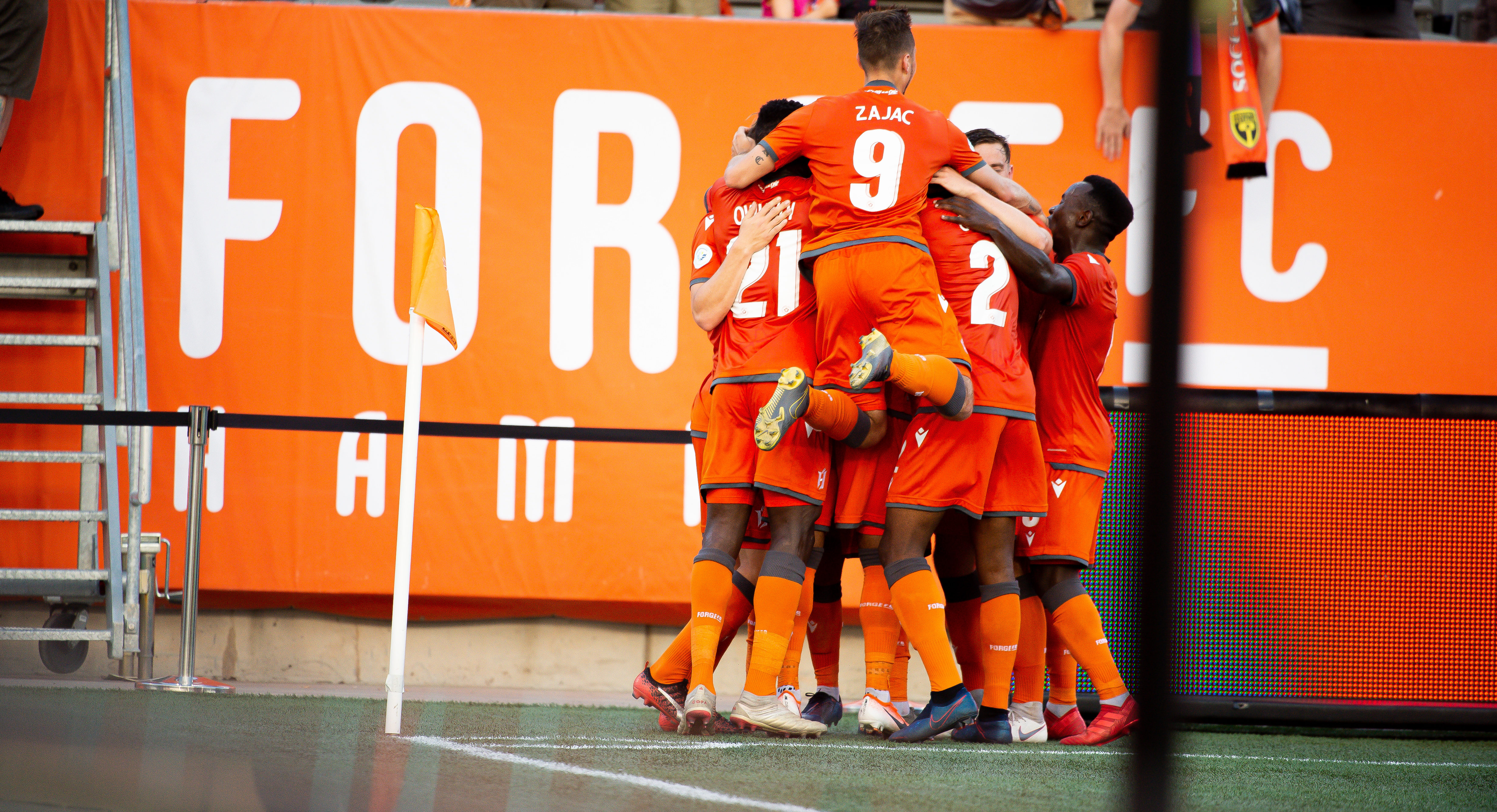 Forge remains in pole position after putting up a commendable 3-1 victory away at Valour FC on the weekend, off the back of an Anthony Novak brace. Any questions of Emery Welshman’s influence seem to be addressed, David Edgar also made his debut, and Bobby Smyrniotis’ side heads into a Leg 1 CONCACAF League Round of 16 clash with CD Olimpia on Thursday on a high.

We’re going to give the Eddies a little more of the benefit of the doubt following a 0-0 Al Classico draw against rivals Cavalry FC on Saturday, with Jeff Paulus’ side testing Niko Giantsopoulos’ net throughout the 90 minutes. As such, there’s not much movement at the top in this week’s Power Rankings.

It was a tough week for Cavalry FC. Tough, not because of a series of less-than-satisfying results – though a CanChamp knockout by the Montreal Impact and a stalemate Al Classico vs. FC Edmonton wasn’t ideal; no, it was tough for Tommy Wheeldon Jr.’s camp simply because of the quick turnaround between games, forcing rotation. Results were satisfactory, as such.

Can’t fault ’em on a bye week, can you? HFX Wanderers stay fourth this week, though they didn’t really need to sweat the results around them too much, as Valour and York9 both dropped their latest fixtures, and Pacific, all the way down in seventh last week, did enough to just tickle their feet.

Wait just one second – could this be the start of something special for Pacific FC? With the club on an extended road trip during construction at a soon-to-be-reopened Westhills Stadium, Michael Silberbauer’s side made short work of York9 FC on the weekend, and return home on Aug. 24 full of confidence. The majority of the squad is back to full health, too …

Ups and downs are the reality of modern football, and while Valour escaped the basement with a 2-0 win over York9 FC last week, a 3-1 loss to Forge highlights just how far the gap remains to the top of the table. In truth, Valour looks to be playing some fine football, though, lending credence to the idea that it might still come together over in Winnipeg.

By now, it’s become clear that York9 FC requires a goal-scoring centre forward in the shape of Tomasz Skublak or Easton Ongaro, if any hopes of capitalizing on their preferred style of play are to be achieved. As it stands, the Nine Stripes are one piece away from becoming a top-of-the-table competitor in our eyes.