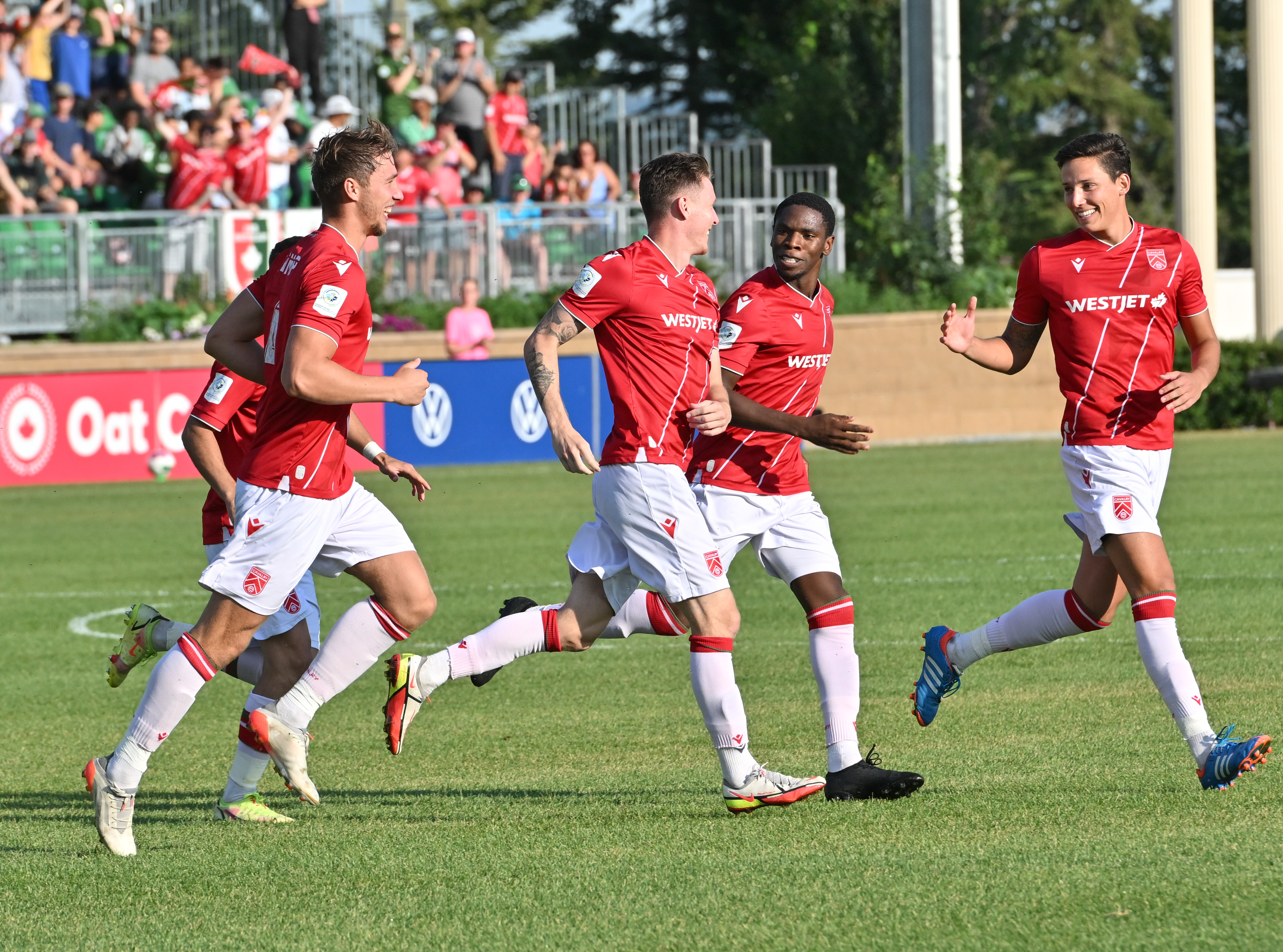 The 2022 Canadian Premier League campaign is coming right down to the wire, with seven clubs still mathematically alive in the hunt for the top four with only three or four matches remaining.

As teams continue to vie for those playoff positions — as well as the 2022 regular season championship — several clubs could have their fate determined in the upcoming Matchweek 25.

In the CPL, the top four teams advance to the postseason, with first place playing fourth and second playing third in two-legged semifinal ties (in which the higher seed hosts the second leg). The Final, between the two winning semifinalists, is a one-match knockout contest hosted at the stadium of the highest remaining seed.

First, a look at how things stand heading into this weekend’s matches. FC Edmonton, the only side eliminated so far, are highlighted in red. A reminder of the CPL’s tiebreaking procedures is available here.

All eight CPL teams are in action over the coming weekend, with the fixtures as follows:

Atlético Ottawa will clinch if:

Note: Ottawa would clinch their spot with just a win vs. Cavalry (moving them to 45 points), because Cavalry play Valour the following weekend, which means that it would be impossible for four other CPL teams to match or exceed 45 points

Cavalry FC will clinch if:

Forge FC will clinch if:

HFX Wanderers FC will be eliminated if:

York United will be eliminated if:

All four matches this weekend, as well as all matches the rest of the season including the 2022 CPL Playoffs, are available to watch on OneSoccer, Fubo TV, and TELUS Channel 980.