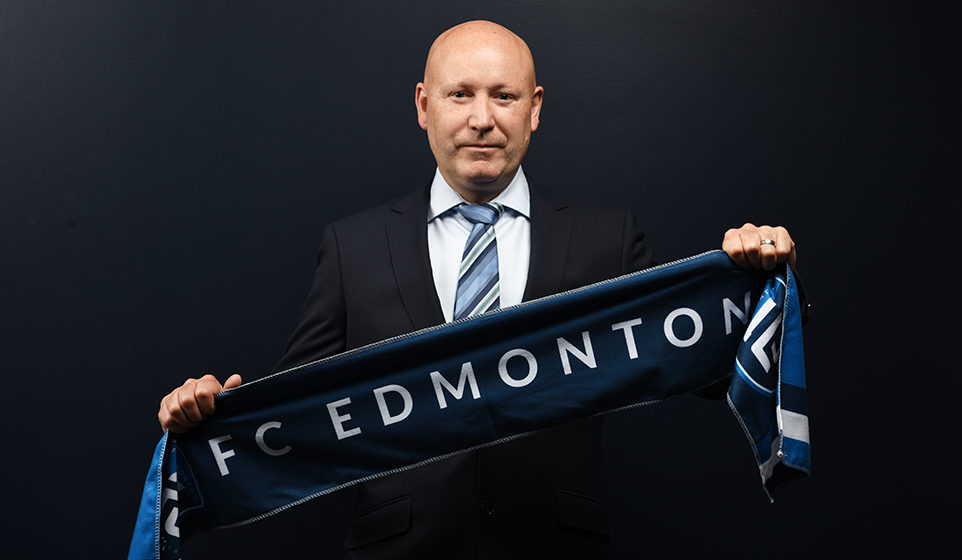 FC Edmonton announced on Thursday that Jeff Paulus will act as the club’s interim general manager.

Paulus has been with the club since 2012, starting off as the Academy Director and assistant coach. In 2018 he was appointed head coach and Director of Soccer Operations.

“Jeff has generously agreed to take the interim General Manager role in addition to his Head Coach position while the club is in the process of putting a new General Manager in place,” FC Edmonton co-owner Tom Fath said.

“Jeff has impressive organizational and leadership qualities that will enable smooth operations during this transition.”

“Having been involved with FC Edmonton since 2012, I have a deep passion and commitment to see our club succeed,” Paulus said. “Having these interim extra leadership duties will be great experience for my MBA. At the same time, I’m continuing my role as head coach in building toward the 2020 season.”

The process for hiring a new general manager is well underway, and the club will provide updates when available.