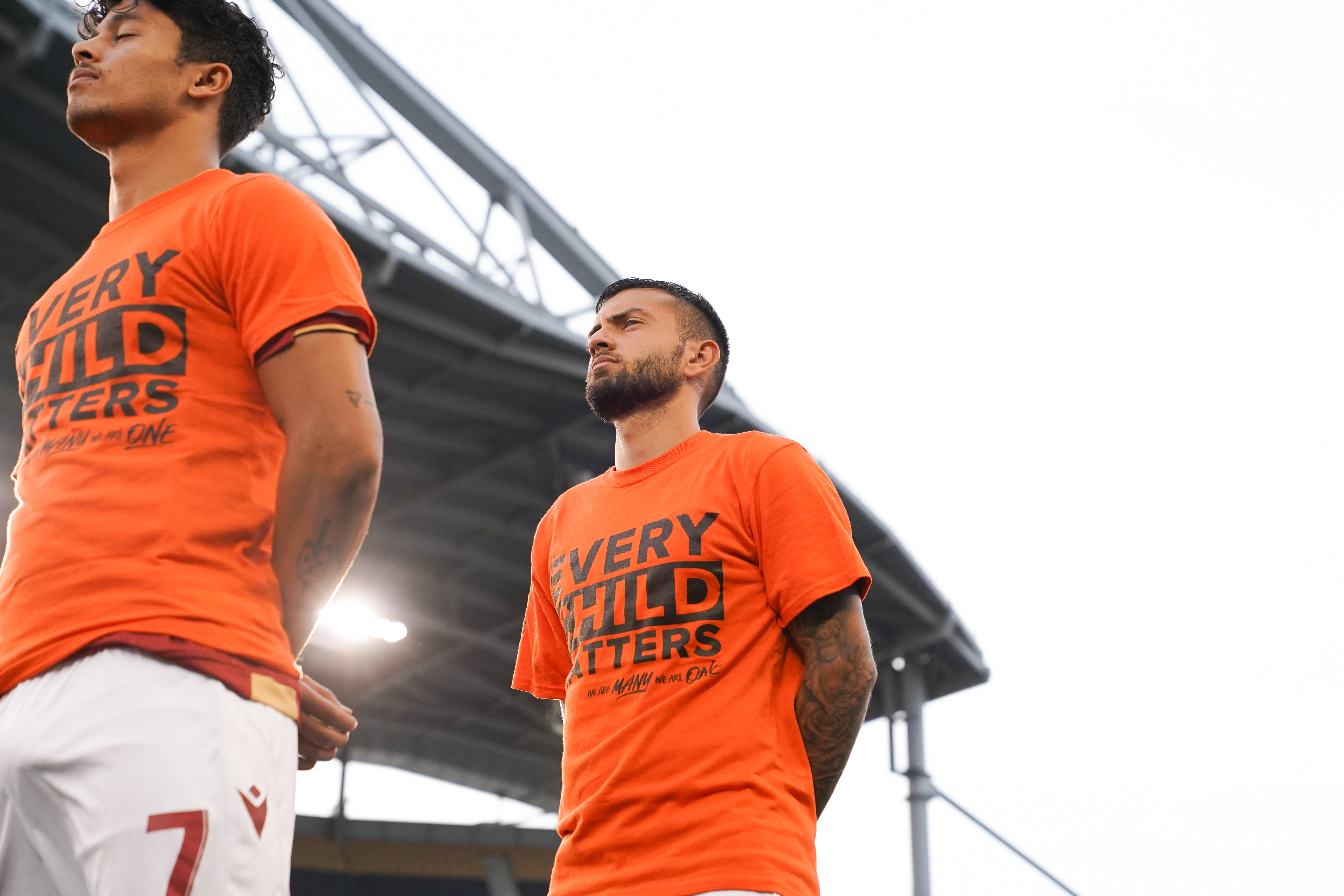 Canadian Premier League clubs honoured Day of Truth and Reconciliation in Canada on Wednesday with three matches playing out across the country.

Starting with HFX Wanderers FC and Atlético Ottawa, each match featured players wearing Every Child Matters shirts in warmups followed by a moment of silence. The other matches played Wednesday were Valour FC hosting Pacific FC and an Al Classico tilt between Cavalry FC and FC Edmonton at Clarke Field.

Day of Truth and Reconciliation, set to take place for the first time on Thursday, Sept. 30, honours the lost children and survivors of residential schools, their families, and communities. The newly-created federal statutory holiday falls on the Indigenous-led grassroots commemorative Orange Shirt Day – which relates to the experience of Stswecem’c Xgat’tem First Nation’s Phyllis Webstad who had an orange shirt taken from her on the first day of time spent at a residential school.

The Wanderers and their supporters’ group, Privateers 1882, encouraged fans to wear orange shirts to Wanderers Grounds while Pacific FC head coach Pa-Modou Kah spoke about the occasion: “It’s very important as people to recognize our past so we can get a better future for our kids and our indigenous people for our country.” FC Edmonton also had their Canadian national anthem sung in Cree by local artist Christina Hollingworth.

CPL clubs honoured Canada’s Indigenous communities during the opening days of The Kickoff in Winnipeg, Manitoba following the discovery of several mass graves, most notably in Kamloops, further highlighting the horrific acts at Canada’s residential schools in the previous century.

The first match of the season was blessed by elder Florence Paynter, singer Ray Stevenson and scholar Niigaan Sinclair. To relive that day with Ottawa and Edmonton players and coaches, check out the below video.