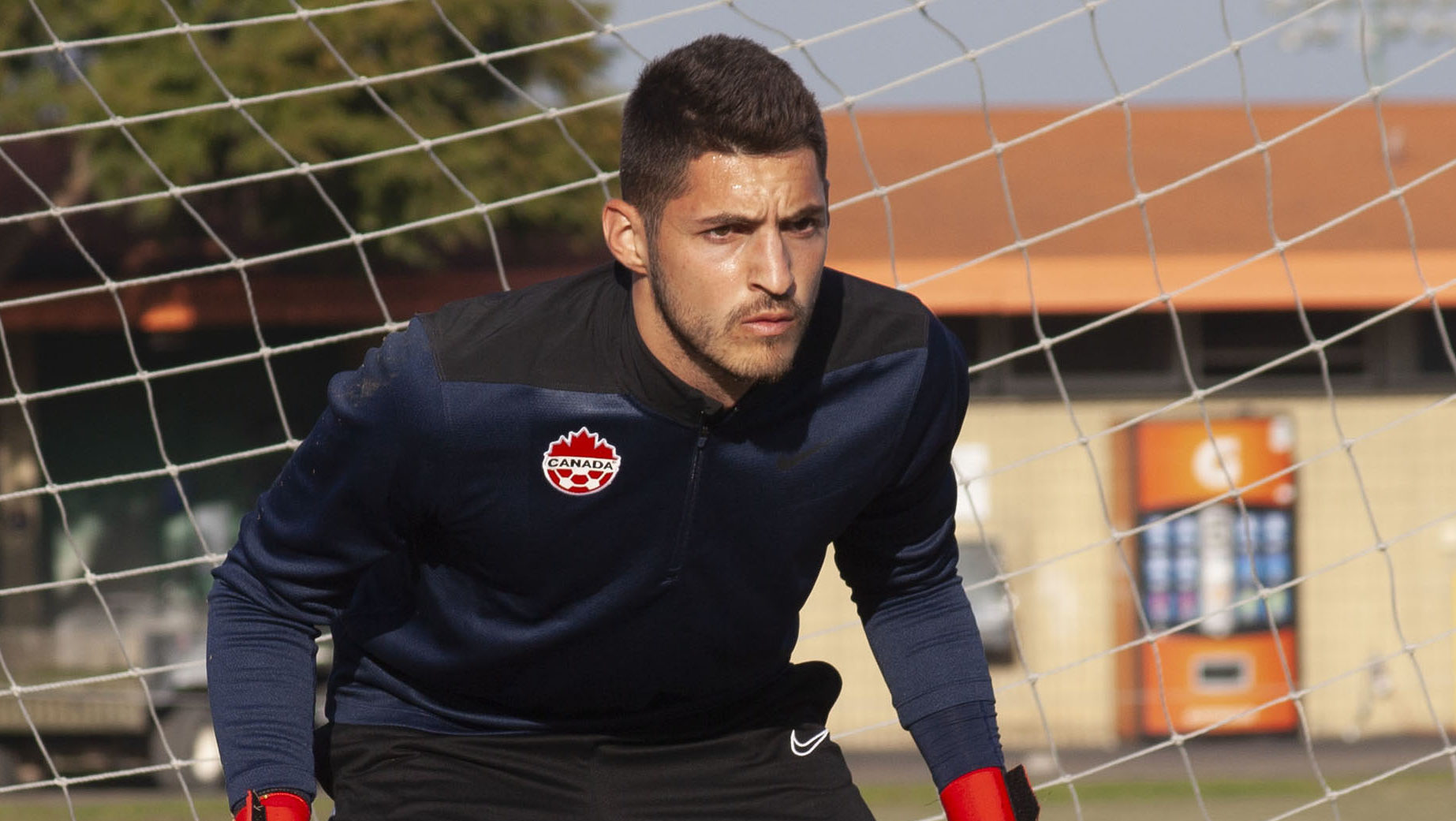 James Pantemis (Canada Soccer).
CPL Debate: Who is Canada’s most important player at the Olympic qualifiers?
2021-03-17
by
CanPL.ca Staff
News

The Concacaf men’s Olympic qualifiers are just around the corner, and the Canadian under-23 team is gearing up for what’s sure to be a hard-fought campaign this month down in Guadalajara, Mexico.

With a 20-man squad that boasts more professional experience than most of the previous Canadian teams at this tournament, expectations are fairly high for Mauro Biello’s squad, which could be firmly in the mix for one of the two bertha at the Tokyo Olympics on offer.

With at least three games in short succession, the depth of this Canada squad is likely to be tested, with a good result needed in every game. Both of the two Canadian Premier League players in camp — Pacific FC’s Thomas Meilleur-Giguère and David Norman Jr. of Cavalry FC — could definitely play a significant role in the side.

Who is this team’s centrepiece, though? Is there a player who could be the main difference-maker for Canada? It’s hard to tell how exactly Biello will deploy his squad, especially with very few of them having played with each other before. He’s mentioned already that players with better match-fitness are likely to earn heavy responsibilities, perhaps over nominally higher-profile players who haven’t played in months.

Which player will be most important to Canada’s Olympic qualification bid? CanPL.ca’s Marty Thompson, John Molinaro, and Charlie O’Connor-Clarke offer their picks.

Arguably Canada’s lone guaranteed starter from his 20-player list, CF Montreal goalkeeper James Pantemis arrives in Mexico with six appearances at under-20 and under-23 levels, and a couple of national team camps under his belt. It’s a level of experience that sets him apart from fellow goalkeepers Matthew Nogueira and Sebastian Breza, and most of the members of the backline.

Pantemis and centre-back Derek Cornelius form a solid duo of veteran leadership up Canada’s spine, something that could prove crucial in a competition that rarely features players with such international pedigree.

Pantemis is also one of few Canadian players who had a solid run of games in 2020 – seven appearances for Valour FC and another three in MLS later in the summer, to be specific. He was in good form for both stints, too.

If the past is any indication, Canada will need big performances from their ‘keeper in these matches as they’ll be pinned back and under considerable pressure for long stretches of play.

With that expectation comes opportunity for the CF Montreal netminder who could raise his stock at national team level in the short term.

With 13 caps for Canada’s senior side to his credit, Cornelius has the most national team experience of any player on Mauro Biello’s squad — and that experience could prove invaluable for the Reds during the Olympic qualifying tournament in Mexico.

A 20-man roster significantly limits Biello’s options. Canada has just three central defenders (Cornelius, Thomas Meilleur-Giguère, and Callum Montgomery), so there won’t be much chance for squad rotation. In a tournament where the three group stage matches will come in quick succession, there is little room for error – especially when goal difference could potentially determine who advances from each group to the semifinals.

As such, keeping a tight defensive posture and not leaking goals throughout the competition will be vitally important for all teams who aspire to clinch an Olympic berth. Canada doesn’t have great offensive firepower on this roster, and if it to qualify for Tokyo it’ll be on the back of its defensive form. Key to that will be Cornelius, who will be relied upon to use his previous outings with the national team and his MLS experience with the Vancouver Whitecaps to quarterback Canada’s back line.

I understand it’s a bit of an unusual choice, but Twardek really could be an impactful part of Canada’s attack.

As mentioned before in the tournament preview, Twardek is the most match-fit player in this squad, and indeed there are few players at the entire tournament with recent minutes at as strong a professional level as Twardek’s club in Poland. Having turned 24 years old just over a week ago, Twardek has 110 professional games under his belt, which could be vital in a tournament where the top players on opposing teams will also have strong pro experience, usually in their home countries.

The fact that he’s been playing consistent pro football over the past year is a major advantage for Twardek, and it might just set him apart from the talented pool of attackers in this Canadian squad. I’d expect the winger to be in the starting 11 for game one against El Salvador, with the job his to lose.

At the Toulon Tournament in 2018, which functioned as a bit of a precursor to this Olympic qualifying cycle (with seven of the current team, plus a handful of others who would surely be in Guadalajara were it not for extenuating circumstances), Twardek was Canada’s captain in games against France, Portugal, and Turkey. That, combined with two senior national team caps on Twardek’s resume, add up to a pretty decent history with Canada Soccer.

Although Twardek doesn’t have the most sterling goalscoring record at the professional level, he has enough experience (recently, at that) to make it likely that he will lead Canada’s attack at this tournament. Biello will need him to be at the top of his game in order to make this Canadian side a true threat.