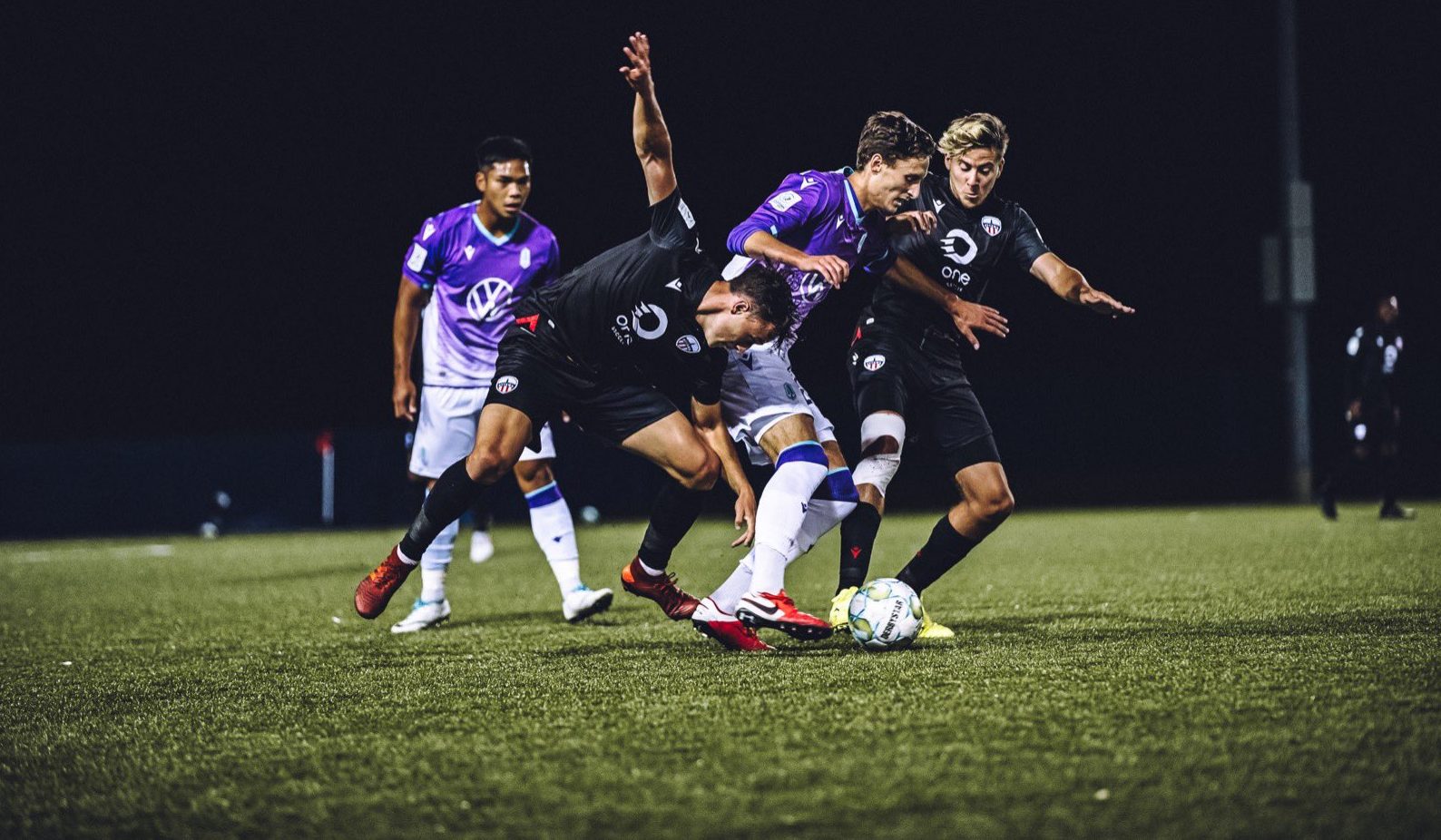 The Canadian Premier League’s 2020 Fan Awards launched earlier this week with nine categories that focus on The Island Games.

Fan Favourite Match of the Year has been whittled down to three nominees: York9 FC’s epic five-goal thriller over Forge FC, Atlético Ottawa’s dramatic win against Pacific FC, and the energetic draw between Forge and Cavalry FC.

Truth be told, another half-dozen matches could be up for nominations. The Island Games produced many dramatic moments, with nearly a fifth of the goals in PEI coming after the 85th minute and over half of the matches featuring at least one penalty kick.

It kept supporters on the edge of their seats, and stressed the hell out of coaches.

Below is a breakdown of the three finalists.

The latest 905 Derby was one to remember.

A fury of goalmouth action in PEI highlighted this game which saw York9 FC coming out on top over Forge FC.

Y9 opened the scoring in the 29th minute via a Manny Aparicio free-kick that landed at Kyle Porter’s feet. Danger-man Joe Di Chiara followed that up with a smart near-post header, giving the Nine Stripes a shocking two-goal lead over the defending CPL Champions.

Goals from Alexander Achinioti-Jönsson and Chris Nanco for Forge made things interesting, but Di Chiara’s second-half penalty proved the difference.

This first-round tilt was the joint highest-scoring match of the 2020 CPL season. It was also York9’s lone victory and Forge’s only defeat at The Island Games.

No one gave Atlético Ottawa a chance in PEI.

Building a team that was largely assembled at the last minute, coach Mista guided his team in the early stages with great success as Atlético faced a must-win in their penultimate match of the first round against Pacific FC. Ottawa squeaked out the result in arguably the biggest moment in club history.

The Tridents were close to sinking Ottawa throughout most of the contest. Jamar Dixon’s run into the six-yard box and subsequent shot over the crossbar was the first of several dicey moments for Ottawa.

However, Atlético held on until the final five minutes when play opened up, creating one of the most frantic and nerve-wracking moments in CPL history.

Heroics from Ottawa ‘keeper Nacho Zabal were quickly equalled by Allstate Good Hands Award nominee Callum Irving, who swiped a chance off the goal-line, setting up a crucial series of corners.

Ottawa’s Viti Martínez converted one of them with a tap-in winner in injury time. Pandemonium ensued, as Ottawa stayed alive and forced a do-or-die first-round finale.

The Island Games’ opening match had everything.

In a rematch of Finals 2019, Forge FC took on Cavalry FC in their first match in nearly 300 days, creating an end-to-end affair with goals, beautiful saves, and many dramatic moments.

Dominick Zator’s 11th-minute opener for Cavalry was matched beautifully by Anthony Novak, who scored a wicked overhead kick against the run of play for Forge. A bizarre sequence that ended in Nico Pasquotti’s trademark long throw being ruled foul left onlookers in awe: The CPL was back in a big way!

Assist of the Year candidate David Choinière set up Kyle Bekker’s go-ahead goal only for a much-debated penalty decision handing Cavalry the equalizer.