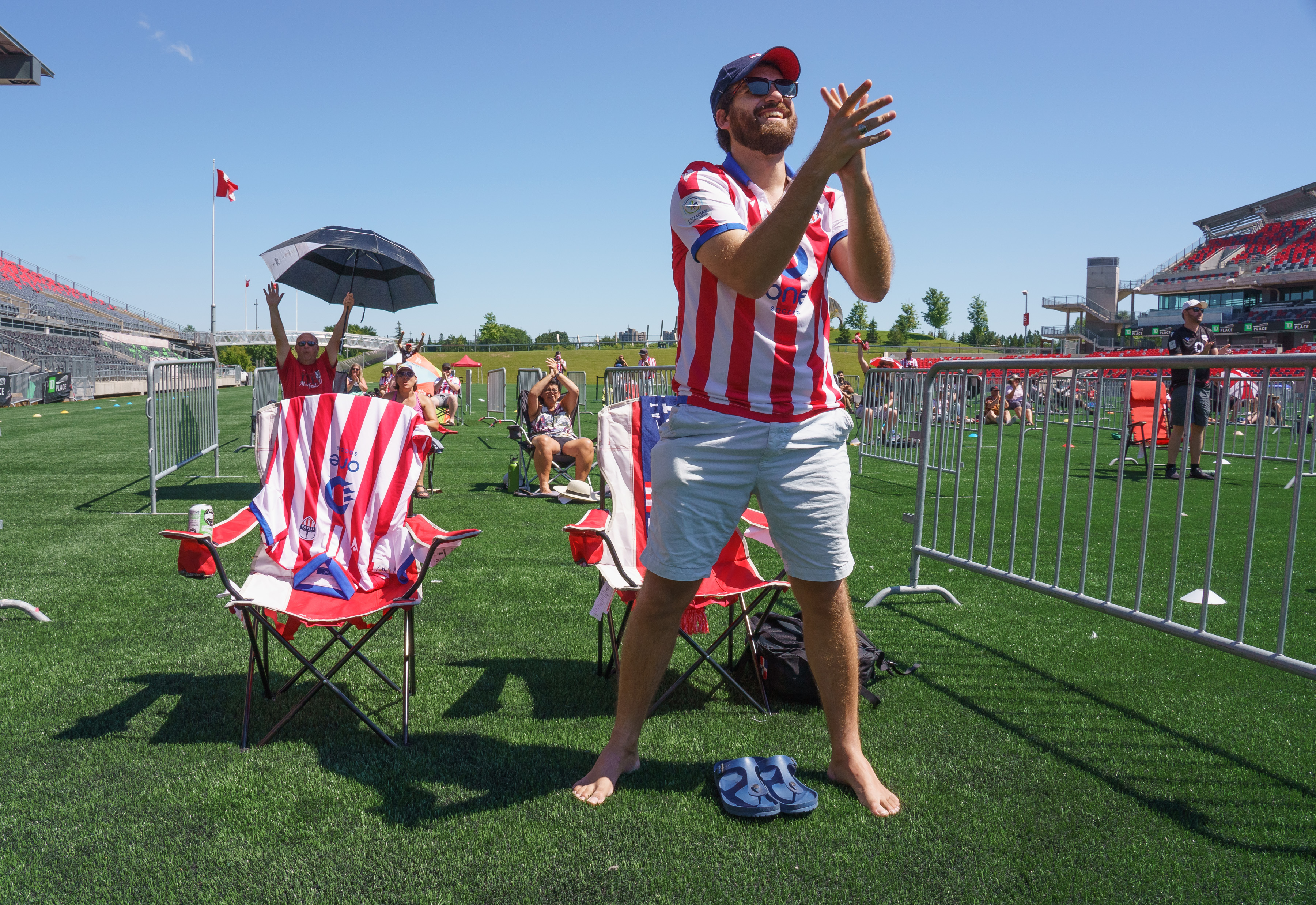 The Canadian Premier League’s 2020 Fan Awards are underway with nine categories in all, with a few new ones added for this year, including the Fan Moment of the Year.

It was a strange and difficult year for fans across the country, but they still found incredible ways to show their support for their CPL’s clubs and the league itself, both during The Island Games and throughout 2020.

Of all the amazing fan moments to emerge throughout the year, though, these three stood out. Here’s a breakdown of the finalists for Fan Moment of the Year: HFX Wanderers’ fan celebration in Halifax, Jack from CPL Fever, and Atlético Ottawa’s inaugural match watch party at TD Place.

The Island Games was a remarkable time for HFX Wanderers FC fans, who watched their club rebound from a tough inaugural season to make a run all the way to the 2020 CPL Final. Although the team sadly wasn’t able to play in front of the raucous Kitchen at Wanderers Grounds, devoted followers of the club still managed to show their support.

As the Wanderers advanced into the group stage of The Island Games in PEI, club staff back home in Halifax worked hard to set up safe, socially-distanced watch parties for a limited group of fans to gather on the pitch at Wanderers Grounds, and cheer on their team in Charlottetown. The first watch party, for the Wanderers’ 2-1 win over Cavalry FC, was able to draw over 400 fans for a safe Kitchen Party under strict COVID-19 protocols.

The next weekend, the club threw another watch party at their stadium as the Wanderers took on Forge FC in the CPL Final, giving fans a chance to watch their side attempt to make history together.

“We knew the fans were at the Wanderers Grounds for the Cavalry match and it was a boost for us. We play for our fans and they’re always there with us whether we win, lose or draw,” Wanderers player João Morelli said ahead of the Final.

Anybody who participated in a virtual post-match press conference during The Island Games would’ve quickly become familiar with Jack, the 12-year-old reporter who runs a blog, CPL Fever, with his dad. Jack impressed by asking detailed, intelligent questions, evoking thoughtful answers from CPL players and coaches about tactics and the finer points of the game.

After making a name for himself throughout the 2020 CPL season in PEI, Jack was invited to conduct an exclusive, one-on-one interview with Commissioner David Clanachan a few days before the Final on September 19, in which he asked the commissioner a wide array of questions on topics from the league’s under-21 minutes threshold, to the transfer market, to what the future of the CPL might look like.

Fans in the nation’s capital were devastated in 2020 to find out they wouldn’t get to welcome their new club to TD Place this season due to the COVID-19 pandemic. Atlético Ottawa’s inaugural season was a strange one, with plenty of ups and downs between the club’s launch of February 11 and the first-ever match on August 15.

The supporters of the CPL’s newest club found plenty of ways to welcome the expansion side, though, from fan involvement in the inaugural kit launch to a sold-out virtual home opener in May. It all culminated, finally, in the club’s first match at The Island Games, for which 100 fans gathered for a socially-distanced watch party at TD Place to see the newest era of pro soccer in Ottawa kick off.

Fans were treated to a spectacular inaugural match, as Mohamed Kourouma netted the first goal in Atlético Ottawa history just before halftime, before the contest with York9 FC finished in a thrilling 2-2 draw.