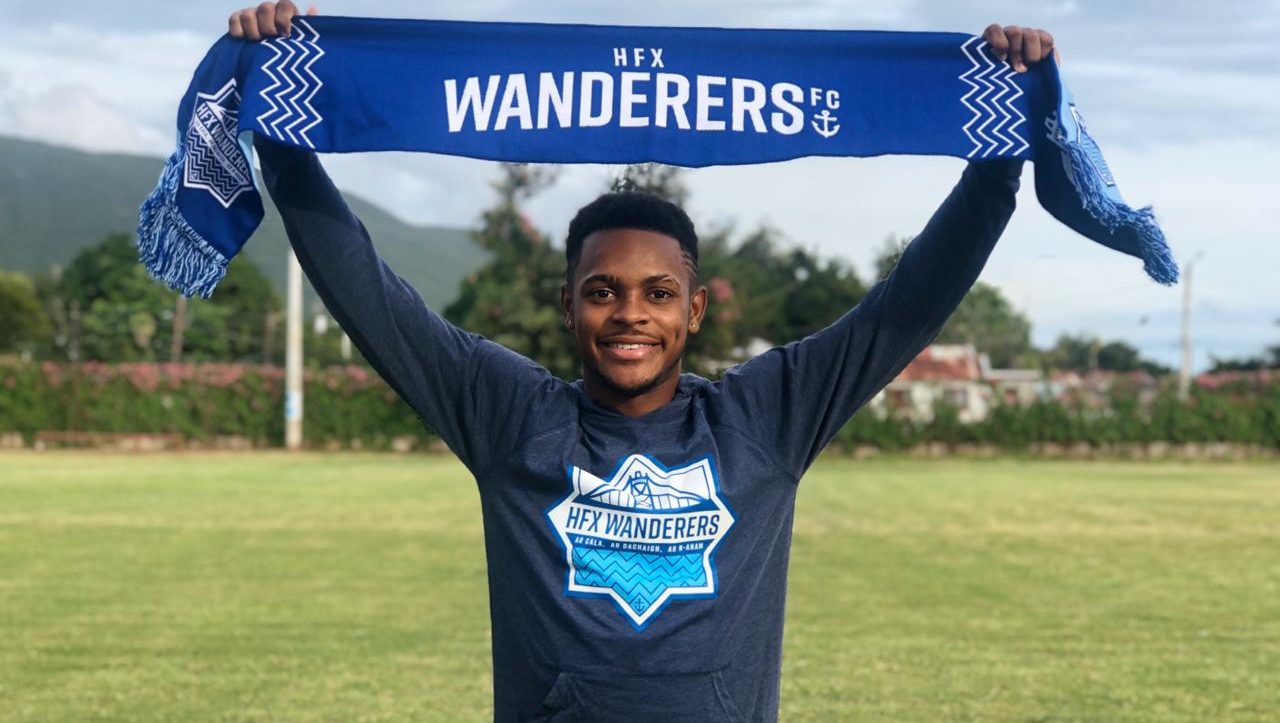 Alex Marshall is one of the Canadian Premier League’s most exciting late arrivals.

Signed to much fanfare by HFX Wanderers FC back in January, the 22-year-old Jamaican international was excited to start his CPL stint in Halifax.

Now, almost seven months later, it can finally begin after the COVID-19 pandemic prevented Marshall from travelling to Canada to join his new team.

“I was praying the whole time it would work out,” Marshall told CanPL.ca before the start of The Island Games.

“I wanted to come so bad. Thankfully, my faith wasn’t lost.”

Marshall was given the green light to travel to Halifax after protracted back-and-forth proceedings with the Canadian embassy in Kingston, Jamaica. With a flight booked and his bags packed, the winger finally received his papers and departed a few hours later – just in time to complete his quarantine in Halifax, thus allowing him to join the Wanderers in PEI for the 2020 CPL season.

“Got the approval Tuesday and rushed to the airport to get my flight that next day,” Marshall said. “They were helpful, kept the process moving at a time when much isn’t moving. I went to the embassy more than a few times and they said it wasn’t there. I was about to get frustrated.”

A highly-touted prospect in the Caribbean, Marshall joined Wanderers from Jamaican side Cavalier, and has made 10 appearances for the Reggae Boyz, debuting to the Jamaican senior team as a 19-year-old.

When asked if his Jamaican international record helped move the process along, Marshall laughed, stating that patriotism didn’t play a part.

HFX coach Stephen Hart has referred to Marshall as a team attacking “catalyst.” But while he is one of the CPL’s biggest off-season additions, the Jamaican still faces serious difficulties with being a late arrival.

For one, Marshall had a very short pre-season with his new squad before The Island Games kicked off in Charlottetown.

“It’s going to be difficult, if not impossible, to get to know everyone in such a short amount of time,” Marshall admitted

“We’ve been talking with Stephen and the players and I have an idea of what we want. I just hope it can go as smoothly as it can. But I’m up for the challenge.”