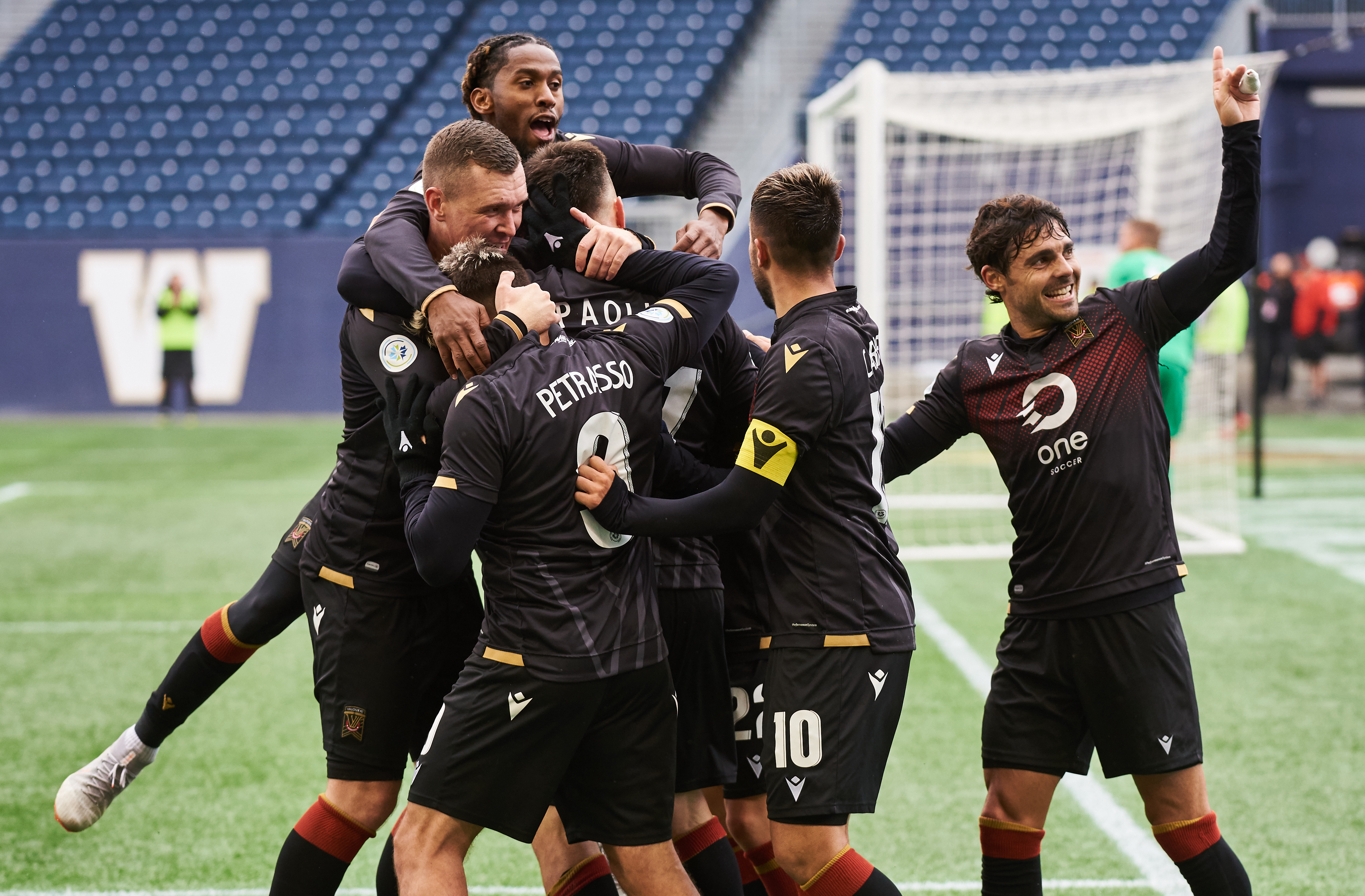 Last week’s power rankings got us at CanPL.ca wondering how accurate they could be.

Vocal and angry Valour FC fans had us asking that, too, after we had then dead last.

So, we decided to bring Football Manager 20 into the equation. Using Edward Hon-Sing Wong’s Canadian Megapatch, which adds Atlético Ottawa int the mix and makes crucial roster additions to the game, we simulated the first couple weeks of the 2020 CPL season.

What we ended up with was something much different than our half-prognosticating, half-wild-guesses power rankings from last week.

So, we thought we’d have FM20 guide the simulation process. Here are the power rankings from our simulated season.

Oh, FM20 does not feature real-life schedules, so we will be following the random matches in-game starting from May 19.

RELATED READING: CPL power rankings: Where would all eight clubs be at Week 5?

Three-straight road victories against Pacific FC, FC Edmonton, and Forge FC means Cavalry FC is the CPL’s top dog in this simulated 2020 season. The Cavs lead in multiple offensive team categories including passing accuracy (68 per cent) and goals scored (14) through eight matches. Jair Cordova leads the way with three markers, and the best average match rating in the league (7.38).

In better form than Cavalry, the Nine Stripes arrive at the No. 2 spot via six-match unbeaten run, including a spirited 2-2 draw at Spruce Meadows. Goals from Nicholas Hamilton and Adrian Ugarriza gave Y9 a win at Wanderers Grounds over the Victoria Day long weekend. Hamilton has emerged as one of the best attackers in 2020, averaging nearly three chances created per game.

Some redemption for Valour FC fans stewing over CanPL.ca’s early-season predictions. On 11 points from eight matches, Valour are one point off a playoff spot after beating Atlético Ottawa on the weekend. Impressive draws against York9 at home and Forge FC away prove Valour is a stingy defensive outfit, and 12 different goal scorers show an exceptional depth.

A point ahead of Valour for the final playoff spot, Pacific FC were unconvincing in May losses to York9 and Cavalry before recovering last week with a 1-0 win over FC Edmonton. Pa-Modou Kah’s first-choice backline of Kadin Chung, Thomas Meilleur-Giguère, Lukas MacNaughton, and Marcel de Jong has performed well, dominating games with high ratings. A home match against struggling Forge FC awaits.

With three wins from four, CPL’s expansion outfit is on the four-team bubble for third spot in this simulation. Quite the start for Mista’s men, who were narrowly defeated by Valour at home on the weekend. Tevin Shaw’s two-goal, two-assist start from midfield is a clear bright spot. Bernardinho has been exceptional, too, racking up three assists.

CanPL.ca’s blind predictions called for a Forge fall… just not this far. Forge has crawled back from wooden-spoon-form in April to grab a first win against Halifax and a respectable defeat to league leaders Cavalry. Positives are aplenty, though: they’ve scored in all but two matches, and Anthony Novak is leading the golden boot race with four goals.

Six goals scored, 11 conceded, HFX Wanderers FC has mustered just one win in seven attempts while posting one of the worst home forms in the league. Wanderers Grounds’ fortress qualities have been missing, especially last simulated weekend when the home side was up 1-0 on York9 before conceding back-to-back in a disappointing collapse.