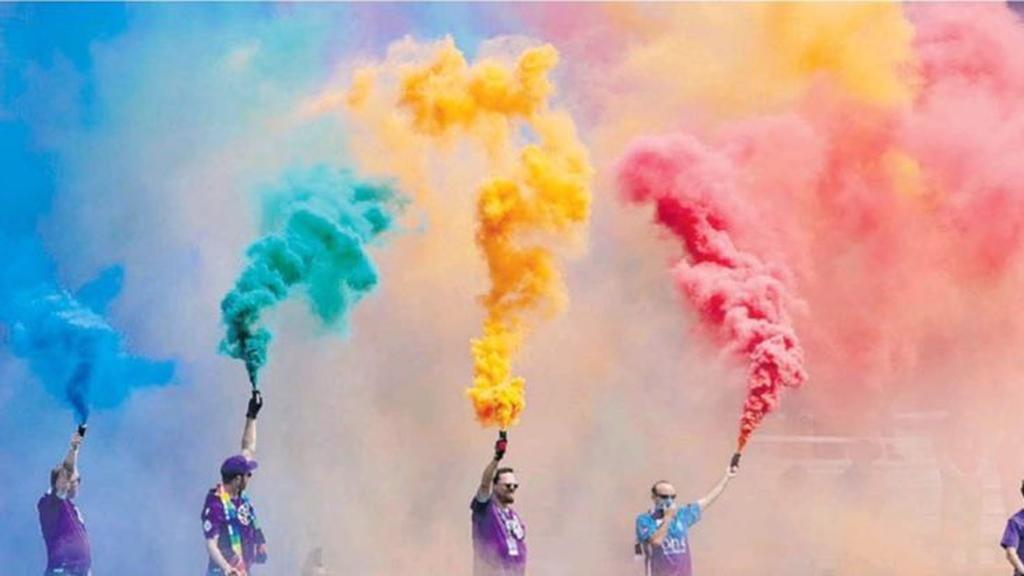 Several CPL supporters groups have started raising money for local LGBTQ2+ organizations through Prideraiser – a soccer supporters-specific fundraiser that allows fans to donate and be stacked against one another.

Cavalry FC group Foot Soldiers, who kickstarted this week’s campaign along with Forge FC’s Barton St. Battalion, Valour FC’s Red River Rising, HFX Wanderers FC’s Privateers 1882, and Pacific FC’s Lake Side Buoys, ran a Prideraiser in their first season but, as group lead Craig MacTavish says, the group wanted to expand and add a bit of rivalry and make it a competition hopefully leading to more funds for their organization of choice, Calgary OutLink.

“It should be very competitive between our groups… It’s not just how good your team is but how much money you put down,” MacTavish said. “Foot Soldiers are looking at this, seeing a bunch of offensive firepower this year, and our lineup looks pretty promising so our pledges are definitely going to affect that.”

Fans can chip in a couple of bucks per goal scored by their club at The Kickoff with proceeds benefiting a local LGBTQ2+ organization.

Prideraiser has also allowed CPL groups to use the platform well past the end of June – which in many jurisdictions is Pride month.

Join us to raise money for the Rainbow Harmony Project – Winnipeg’s choir for the LGBTQ2* community and their allies.

For Red River Rising’s Nicky Cottee, jumping hand-in-hand with other groups was an important move to make and, in turn, raising money for Rainbow Harmony Project, an LGBTQ2+ choir in Winnipeg.

“It means a lot for our group – we’ve always had a very inclusive community feel so everybody’s welcome,” Cottee told CanPL.ca, recalling the arrival of a pride flag at IG Field for the club’s home opener. “We want there to be no apprehension for those things. In this case, we took it and ran right away – put it right at the front of the stand.”

MacTavish sees the same for the Foot Soldiers in Calgary which, don’t look now, currently leads supporters groups in dollars per pledge at $55.88 CAD for every goal scored.

For every @HFXWanderersFC goal during The Kickoff June 26-July 24, we'll donate to @YouthProject_NS to help them in their mission.