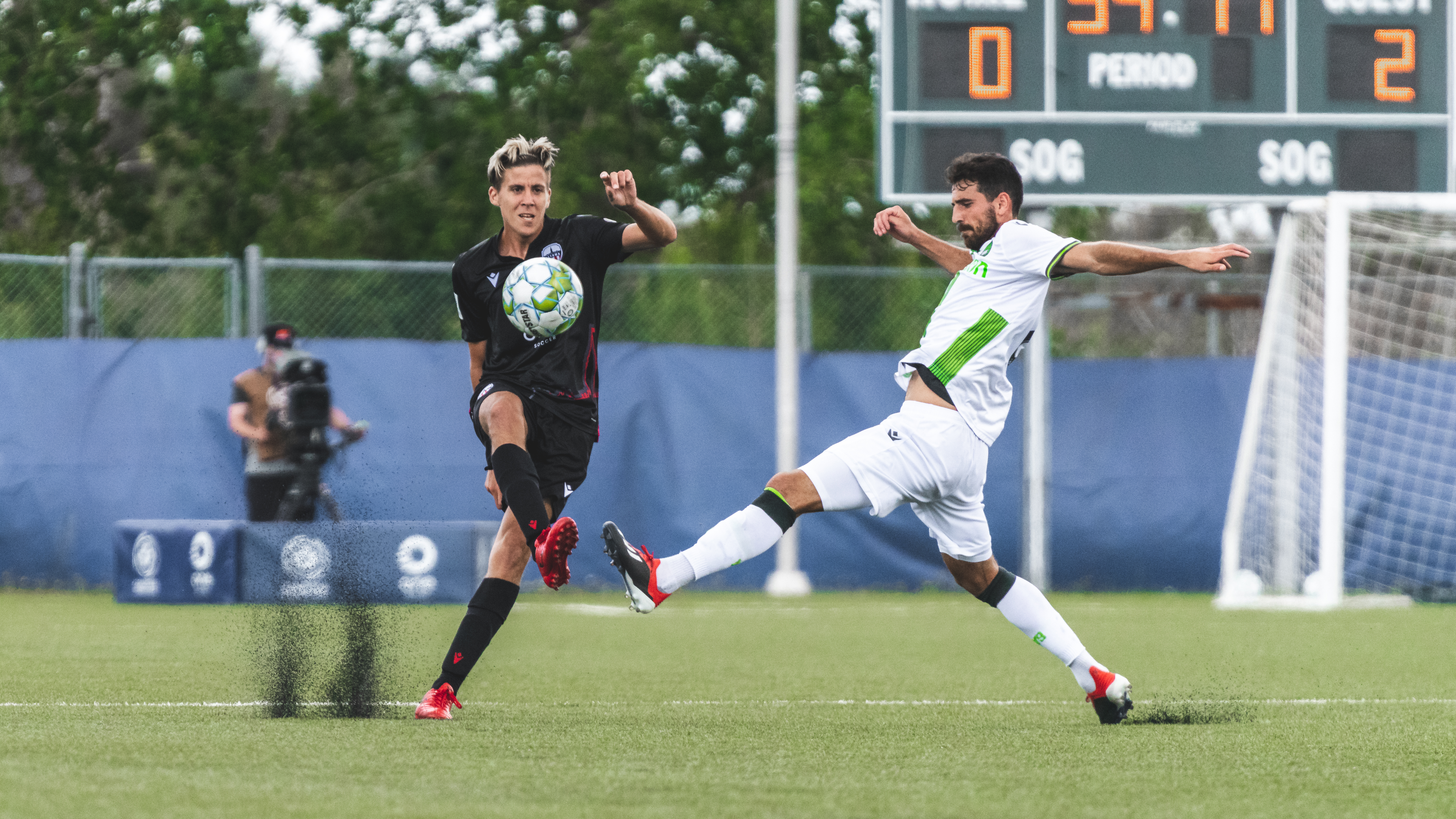 It was another busy week for several of the eight CPL players out on loan around the world.

Michael Petrasso is still making an impact in England, Easton Ongaro has returned to the pitch in Denmark, and Viti Martínez is settling in as a starting midfielder at his club in Spain.

Although some players are having a tougher time than others (and some clubs are still on hiatus), it was generally a pretty good week for CPLers on tour.

Here’s everything that happened the past seven days.

After a brief COVID-19 hiatus in northern Denmark, Vendsyssel returned to league play in the country’s second tier on Saturday. After starting several games in a row before the break, Ongaro was on the bench for this match against Hvidovre IF, entering in the 86th minute to try and find a late goal. Neither the Eddies striker nor his teammates were successful, though, as Vendsyssel dropped a 2-0 result away from home.

Up next for the side is a trip to play Kolding IF on Friday afternoon, when they’ll try to climb out of 11th place in the 12-team division.

The Bees seem to be in a bit of a sticky spot right now, having lost their last three league games — including two in the past week. First, they fell 2-0 at the hands of King’s Lynn Town last Tuesday, with Petrasso starting and playing 73 minutes for Barnet.

The York9 attacker saw the pitch again on Saturday, as his side took on third-place Woking FC. Petrasso entered in the 55th minute, and bagged a consolation goal from a penalty kick in the 89th minute in what ended up a 4-1 defeat (despite Woking playing with 10 men since the 30th minute). Another goal for Petrasso is positive news, though; he’s now scored four times for Barnet in six games across all competitions.

Barnet’s busy schedule continues this week, starting on Tuesday when they play Hartlepool United (a recent home of Forge FC’s David Edgar). Following that, it’s a pivotal FA Cup clash with League One side MK Dons on Sunday.

Hamilton was an unused sub again for Dundee on Saturday, as his side dropped a 2-0 decision to Ayr United, keeping them pinned in seventh place in the Scottish Championship.

Next weekend’s match might be a tough one for Hamilton to break into, as Dundee travel to Edinburgh for a Betfred Cup round of 16 tie on Saturday against Hibernian, who sit fourth in the Scottish Premiership.

Phönix Lübeck remains unable to do much more than promote local restaurants, with lockdown restrictions still keeping them off the pitch until at least next month. At the time of hiatus, Ulbricht’s club sat tied for fifth in the Regionalliga Nord. Their next match, set for December 5, will be against SV Drochtersen/Assel, with whom they’re even on 15 points.

Although Nürnberg’s senior team continues to play in the 2. Bundesliga, Gazdov’s U19 side remains sidelined due to the German lockdown measures. They’re scheduled to play next on December 6, against SpVgg Greuther Fürth.

CDS Vida had a contest last Wednesday against Platense postponed as Hurricane Iota hit Honduras, but the Liga Salva Vida was back in action on Saturday.

José Escalante’s side took on Real España, with the Cavalry FC winger starting. They drew the match 2-2, thwarted by a last-minute equalizer by the opponents, despite heavily out-chancing España in shots on target.

Nonetheless, Vida remain one point clear at the top of Group B, and five points back of first place overall in the Honduran league. Their next clash is on Wednesday against a familiar foe for CPL fans, in CD Olimpia.

The Atlético Ottawa midfielder saw action again this weekend, playing all 90 minutes for Alavés B in a 0-0 draw against second-place Amorebieta. Martínez picked up a yellow card on the way, but he helped his side climb into third place in Group II of the Segunda División B.

Up next, the Alavés reserve side will take on SD Leioa this coming Saturday.