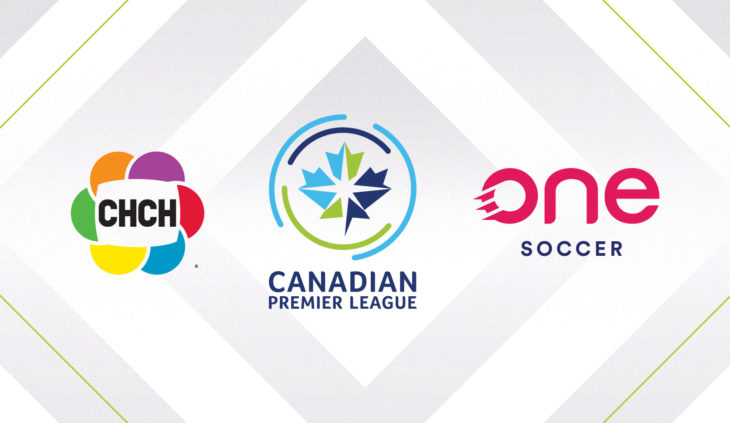 August 13, 2020 – CHCH TV and MEDIAPRO Canada today announced a partnership that will see broadcast and streaming coverage of the Canadian Premier League 2020 season – taking place in Charlottetown, PEI and known as The Island Games – on CHCH platforms beginning August 16. Coverage will consist of five consecutive weeks of Sunday broadcasts, available exclusively on CHCH TV starting at 3 p.m. ET (4 p.m. AT) each week. All broadcasts will be produced by MEDIAPRO.

For CPL fans in Ontario, CHCH TV is available to over 92% of households equipped with an over-the-air signal, cable, or satellite. Outside of Ontario, supporters from coast to coast can watch CPL action streamed live online at chch.com, or on select cable providers in major Canadian markets.

The 2020 season will begin with an eight-club first stage where each CPL team will play each other once (28 game total first phase), with the top four clubs to the second round six-match group phase. The Island Games will be played behind closed doors in a sequestered environment at Alumni Place in Charlottetown, PEI and will see the eight clubs – Pacific FC (Vancouver Island, British Columbia), FC Edmonton (Edmonton, Alberta), Cavalry FC (Calgary, Alberta), Valour FC (Winnipeg, Manitoba), Forge FC (Hamilton, Ontario – 2019 Canadian Premier League Champion), York9 FC (York Region, Ontario), Atletico Ottawa (Ottawa, ON) and HFX Wanderers FC (Halifax, Nova Scotia) battle it out until the top two clubs remain to compete in a single-match Final to be crowned the 2020 Canadian Premier League Champion.

Since there is no home-field advantage it will be a one-match Final to crown the 2020 Canadian Premier League Champion who will be awarded the North Star Shield and a 2021 CONCACAF League berth.

CPL fans and supporters from coast to coast can watch the CHCH TV broadcast as follows:

All matches to be broadcast LIVE on OneSoccer, the Canadian Premier League’s media partner. Link to full league schedule:   www.canpl.ca/schedule

CHCH-TV started broadcasting in 1954 and is proud to be the news leader for Hamilton and the surrounding Halton and Niagara regions. CHCH produces over 24 hours of original local news programming each week. With a primetime line-up anchored by movies, news magazine shows, and hit dramas, CHCH is available to over 92% of Ontario households and is viewed by millions nationally each week. CHCH News is produced daily out of its broadcast studio located in Hamilton, Ontario.

The MEDIAPRO Group, which recorded annual revenue of close to €2 billion in 2018, is a leader in the European audiovisual sector. With a fleet of 70 High Definition and 4K Outside Broad- cast units, the Group produces some 7,000 events around the world each year. It is currently involved in the production of 16 national soccer competitions around the world, including top-tier leagues in Spain, France, Portugal, Italy, Greece, Turkey, Kenya, Angola, Slovenia, Serbia, Colombia, Bolivia, Mexico and now Canada. Mediapro Group crews produce events for the UEFA Champions League, FIFA Confederations Cup, FIBA, Euroleague, FIFA World Cup, the Arab Games, the Africa Cup of Nations and Formula 1.

In Spain, MEDIAPRO manages the rights to the LaLiga Santander for public establishments and was awarded a wide package of rights for the four seasons from 2020-21 to France’s Ligue 1 and Ligue 2, where it is set to launch a 24/7 channel to carry live coverage of league matches. The MEDIAPRO Group produces more than 15 TV channels worldwide, including several specialty sports channels, such as beIN SPORTS and beIN LaLiga (in association with the beIN Media Group), Real Madrid TV and Golf Channel.

With 58 offices on four continents, MEDIAPRO is also one of the most important creators of content in the world, with projects for HBO, Netflix, Amazon Prime Video, Turner, DirecTV, Movistar, FOX, Viacom and Televisa.