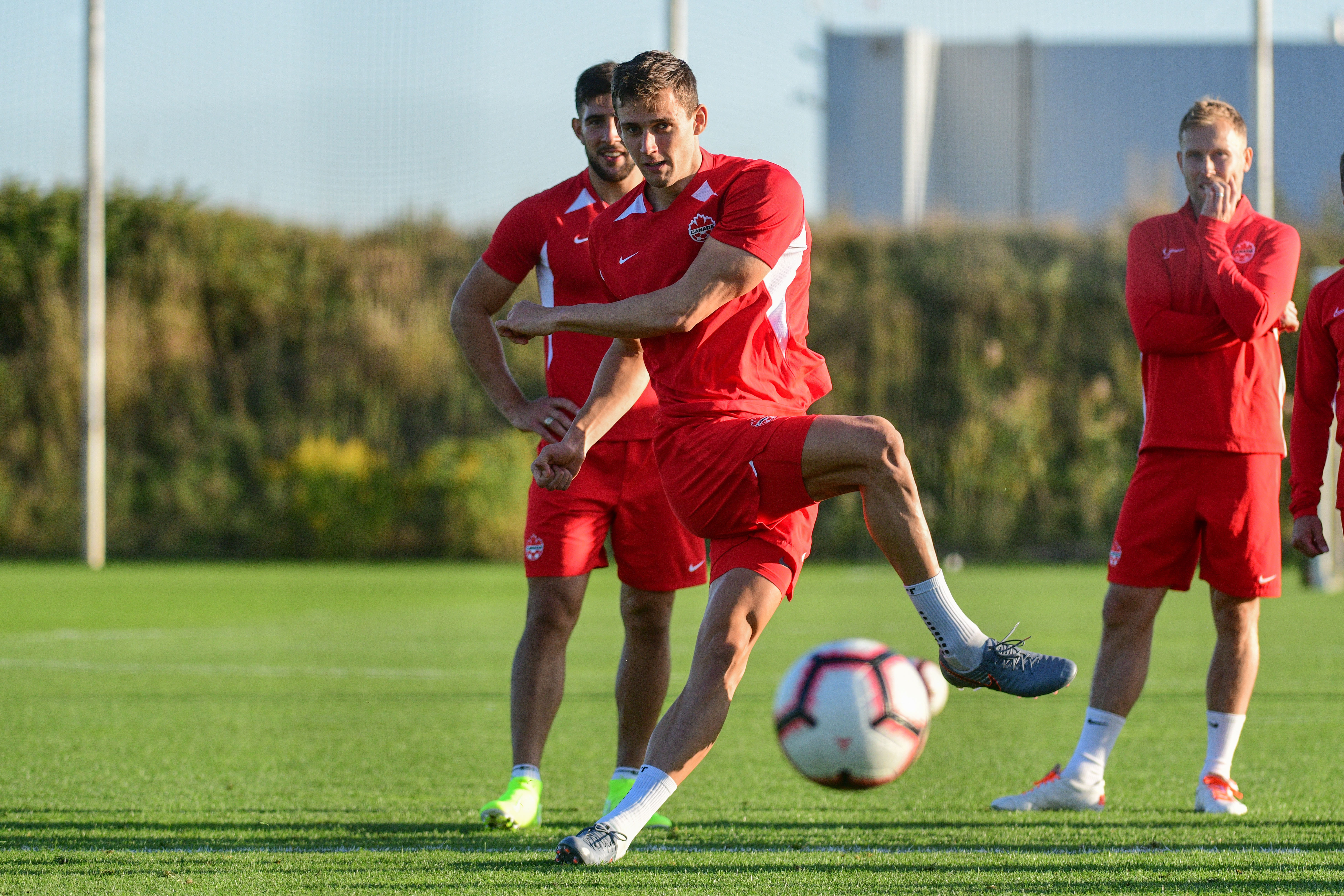 Call Canada’s string of friendlies against Barbados and Iceland “shop window” opportunities for the 23 players appearing in red and white this month.

Outside of the international window, Canadian coach John Herdman has gone deep with his call-ups, bringing in out-of-season MLS, CPL, and North American footballers normally not part of the national team into the fold.

With a more critical match against Iceland on Wednesday, perhaps Herdman leans on some of the above talent again. If they perform, it could lead to more opportunities going forward.

So, which player will best take advantage of this camp to make a breakthrough with the national team? CanPL.ca offers its picks.

The stars are aligning for Theo Bair. Let me explain.

He had virtually no role with the Vancouver Whitecaps side for much of the 2019 MLS season, his first as a pro. Then, in August, in just this third-ever professional start, he scored one of the best goals you’ll see by a Whitecap. The 20-year-old played in every subsequent game for Vancouver to the season’s end after that.

A call-up to this Canada camp followed, as did a debut appearance and goal versus Bermuda, as the Whitecaps Academy product has quickly made a name for himself. At six-foot-four-inches tall, Bair could be the ace up Herdman’s sleeve and used off the bench as a physical option against Concacaf’s scrappy sides.

This 20-year-old’s rise to Canadian men’s team stardom may be born more out of positional need than anything else. If, as seems to be the case, Alphonso Davies’ future with this squad is not at left-back (despite his recent form as perhaps the best left back in the Bundesliga), then Canada needs a bright light of hope at that position.

Bassong is an out-and-out fullback, and he lined up as such last Friday against Barbados. He showed an impressive amount of pace and creativity, and it wasn’t too hard to imagine him and Davies one day teaming up to form one of the fastest left flank duos in international football. Bassong remains a bit of an unknown quantity, and very raw, but he has the tools. A dual-national who represented Belgium at the U-19 level, Bassong cannot be cap-tied fast enough.

Let me put young Jayden Nelson on everyone’s radar. This 17-year-old attacker may be relatively unknown for club and country, but there’s a reason he was called into Herdman’s latest camp; he has the highest ceiling of any player available in the Canadian player pool.

That’s the word these days out of Toronto FC camp, anyway. Nelson is considered one of the top prospects coming out of the Reds’ academy, and possibly in the country. He has so much potential that rumour has it Greg Vanney and the club see him being a future starter for the team, and a move to Europe wouldn’t be a surprise to any of them, either.

It’s very, very early in the young man’s professional playing career, of course – and nothing in this beautiful game or in life is guaranteed, either. But Nelson’s potential for greatness is such that if any of these players is going to be considered a “breakout star,” Nelson has all the tools needed to take the easiest and fastest path there, at least compared to his fellow newcomers.

FC Edmonton defender Amer Didic made history on Friday night when he became the first Canadian Premier League player to earn a cap for Canada. Didic was included in John Herdman’s starting 11 vs. Barbados, and made history again in the 63rd minute when he became the first CPLer to score for Canada, making it 3-0 for the Reds by climbing above his defensive marker to score on a powerful header from a perfectly-delivered corner kick by Liam Fraser.

Beyond scoring, Didic put in a solid performance overall for Canada, partnering with Derek Cornelius in the middle of defence to make a handful of key interceptions and timely clearances. He also showed great poise with the ball at his feet, moving it out from the back and picking out teammates with long-range diagonal passes. Canada’s defensive depth is questionable, so Didic’s impressive showing bodes well for him going forward.