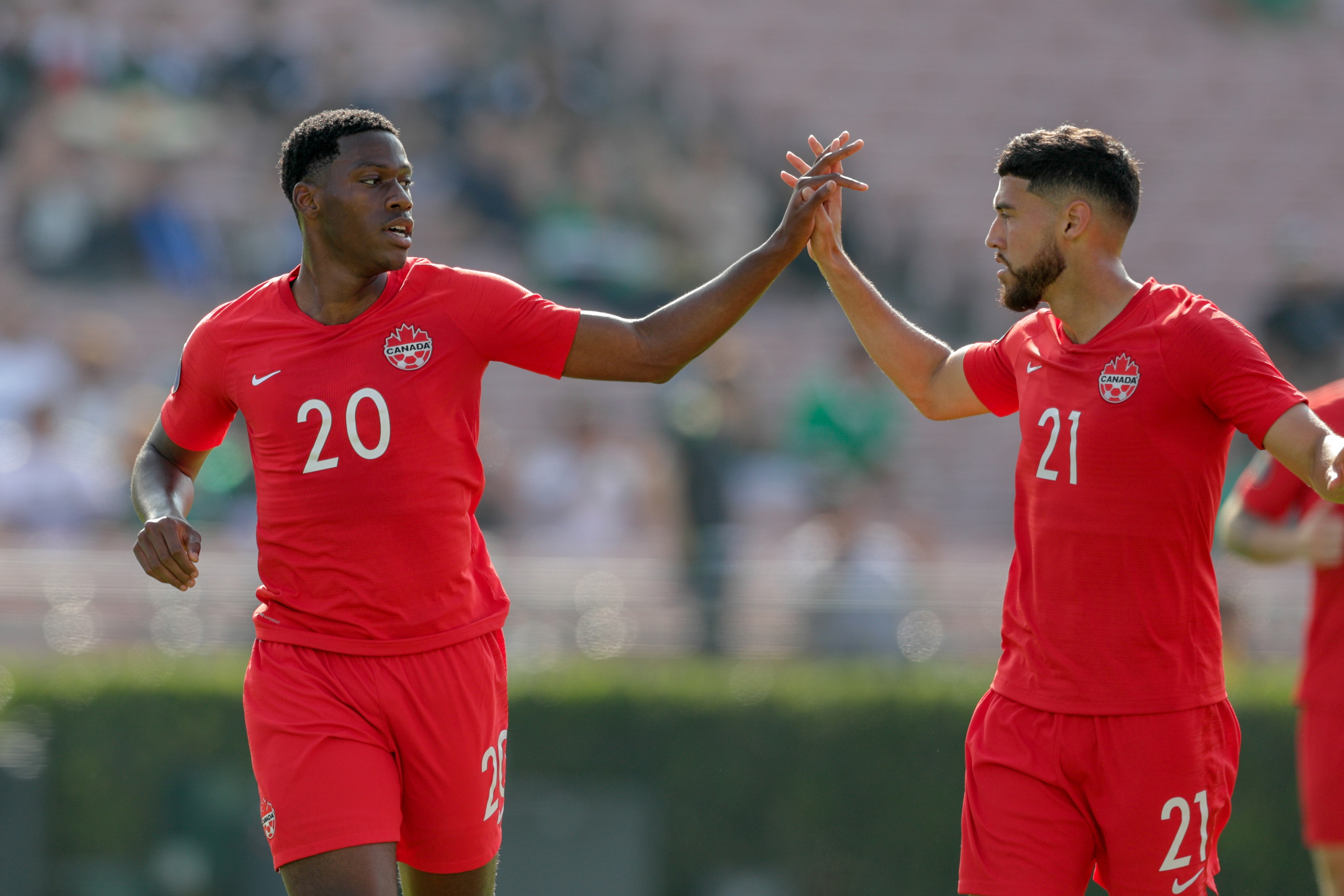 Who is the most important player in the Canadian men’s national team these days, anyway?

It’s a question that Canadian soccer fans haven’t always had the luxury of debating.

It used to be that there was just the one or two obvious top talents on the roster, with many an Unattached FC representative littering the squad. These days? Not so much.

It’s why, as John Herdman’s Canada approaches a massive game against the United States on Tuesday in Toronto, we here at CPL Editorial – that’s John Molinaro, Armen Bedakian, Marty Thompson, and Charlie O’Connor-Clarke – have been thinking about who ranks elite among the options in this current squad?

As expected, opinions were divided.

Forgive me for going with what I consider to be the obvious – and the less imaginative choice – in selecting Jonathan David. But when you look at the incredible form the teenager is in, it’s difficult to think of another player who means as much to the Canadian team at the moment.

Canada has never been flush with attacking talent, prolific goal-scorers or dynamic game-changers. Instead, the team’s historical strength has been an assembly line of talented goalkeepers, steady defenders and hard-working midfielders. David, still only 19, has broken through as one of Canada’s most dangerous players in quite some time.

Consider his 10 goals in 11 national team appearances. Or that he’s already 12 goals away from overtaking Dwayne De Rosario as Canada’s all-tome leading scorer. Or that top teams from across Europe are queuing up to lure him away from Belgian club Gent.

Since earning his first cap last September, David has been on a tear, terrorizing opposing defenders with his quickness, deft touch, intelligent movement off the ball and, most important, his ruthlessness in front of goal. He shows great composure for such a young star, and plays with a senses of fearlessness and confidence that belies his age and inexperience. David is the exactly the type of player that Canada has long needed – a legitimate goal threat who appears capable of scoring every time he gets the ball.

Many may point to 18-year-old Alphonso Davies or 19-year-old Jonathan David as prospective choices – and, they’d definitely make a good case for either – but for my money, Jonathan Osorio of Toronto FC brings the perfect mix of pure talent, work rate, and experience, making him the top dog in the squad.

He’s got everything you’re looking for on the technical side – an impressive touch, a repertoire of fleet-footed trickery on the dribble, and smart positioning vision. Add in a dash of versatility in midfield and attack, plenty of big-game experience at the club level, and an ear for Spanish that could be particularly advantageous against certain Concacaf opposition, and you have the makings of the de facto best overall talent on the team.

Is he the fastest? Nope. Is he the biggest goal-scoring threat? Again, not really. But if you take all the variables into account, Osorio checks more boxes than any of his international teammates. The question is, however, of importance, and in that regard, Osorio stands alone in one category: Passion.

Sure, it’s a word thrown around quite abundantly in the modern era of this sport, but in Osorio’s case, that love of country and of sport isn’t so much a character trait as it is his defining trait. Osorio also brings a level of tenacity and hunger to the Canadian lineup that urges his teammates to do the same. In this metric, Osorio the leader is bigger than Osorio the player.

I’ve also looked past the Canadian attacking stable for this choice.

Canada’s front three can be swapped in and out, the backline can be chopped and changed game over game, and even the more advanced midfielders can be replaced.

But, for me, there’s one player that can’t be touched: Samuel Piette

In the post-Atiba Hutchinson world, something we may already be living in, the 24-year-old Piette arrives as a still-developing-yet-experienced holding midfield option that Canada supporters may have already taken for granted.

Sure, his performances for Canada haven’t always been superb since his debut in 2012, but recent showings tell us something different. Look at those matches against Cuba, for example – 95 per cent passing accuracy in that first match. His work for Montreal Impact this season was immense in the same way, too, providing a reliable back for the midfield to jump on.

Piette fills a hole that any modern manager is eager to fill – a quality backline screen, tough in the tackle and quick to play the ball smart-and-short. Piette is the type of player many countries wish they had, and Canada is fortunate to have him.

Watch Piette in these two matches against the U.S. He lines up against these players week-in, week-out in MLS. Take note of his positioning and how calm he is in the most scrambling moments. Tell me which Canadian player could do that job to any great effect, let alone stay in control mentally.

While many a striker can do a job with this national team, very few midfielders can do the work that Piette does.

Although the new era of bright young attacking talent is here, it’s important to remember that, as Armen pointed out, Alphonso Davies and Jonathan David are still teenagers playing in Europe. That’s why it’s so important that Cardiff City forward Junior Hoilett is still a huge part of the national team’s attacking setup.

Hoilett has 160 games of experience (and 17 goals) in the English Premier League, playing at arguably the highest level in club football. He’s also scored nine times for the national team, six of them coming in 2019. His presence in the Canada attack makes him a more direct influence on the young forwards than veterans in defence or midfield.

His value definitely extends beyond a mentorship role, too. In his first international match wearing the captain’s armband, he scored a hat trick against Cuba last month, indicating that he has no problem stepping up when called upon. Hoilett has a lot of tools that some of his fellow Canadians haven’t quite refined yet. His movement off the ball is fantastic, and he’s more of a shooting threat from outside the box than anyone else in the squad.

John Herdman’s task of fitting everyone into one lineup is unenviable. Balancing experience with upstart talent is by no means easy. Hoilett has made himself one of the first names on the team sheet, though, by backing up his Premier League pedigree with on-pitch performances for the national team.