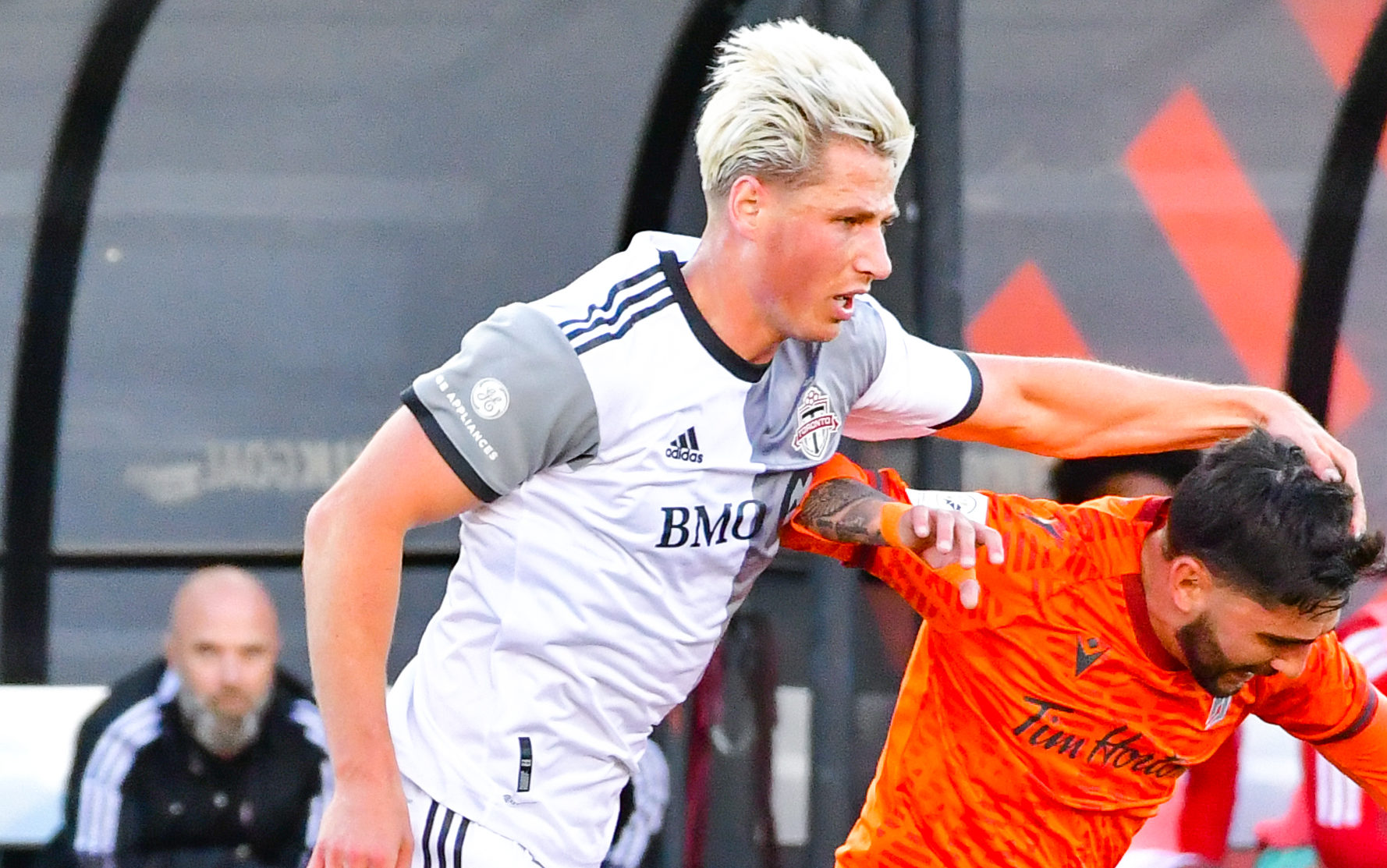 On Tuesday, the Canadian Premier League revealed the format and participants for the 2023 Canadian Championship draw, to take place in a week’s time on Tuesday, Jan. 31.

The full participants, possible host venues and details are available here. But given this information, Canadian soccer fans can start dreaming about possible matchups under this year’s format.

Whether it be clubs making their first appearances in the competition, regional matchups, to old rivalries, there are a number of thrilling possibilities.

Here are some of the most intriguing fixtures that this year’s Canadian Championship could provide:

It is a draw that Halifax Wanderers head coach Patrice Gheisar jokingly said is a “guarantee” in his first statements to the press.

After winning the League1 Ontario title with Vaughan last season, Gheisar was hired to coach Halifax, bringing with him fullback Riley Ferrazzo and striker (as well as league MVP) Massimo Ferrin. The possibility of returning to his former stomping grounds (Halifax will not play at home during the first round due to venue availability) makes this even more intriguing.

Adding to the fun is the fact that these clubs have already met before in an incredibly entertaining 2019 matchup which Halifax ultimately won on away goals (3-3 on aggregate). That Vaughan team — coached by Gheisar — featured Celtic and Canadian international Alistair Johnston (who was sent off at Wanderers Ground in the second leg) as well as Ryan Raposo, now of the Vancouver Whitecaps (who scored in the first leg).

This matchup is probably a bit of a longshot as it would involve the expansion CPL side at minimum winning their preliminary round tie, one which will be played on the road. However, if they can pull it off, an incredibly intriguing matchup in the quarter-finals or beyond becomes a possibility.

Since its inception, Vancouver FC has positioned itself as a new option in the Vancouver market for fans who have only had the Whitecaps for several years. Getting an opportunity to play out this rivalry on the pitch in their first year of existence would be an incredible experience for VFC.

The blueprint for what it could mean is already there, after Pacific FC faced, and defeated, the Whitecaps during an incredible 2021 night at Starlight Stadium during that year’s competition. The opportunity to put in a similar performance, and galvanize fans in the area, adds to the intrigue of this potential David v. Goliath battle.

The Canadian Championship is still awaiting a first-ever all-Québec matchup, but this year there is a possibility it could happen as early as the preliminary round.

That clash, should it take place, would pit CF Montréal, coming off a best-ever third-place finish in the MLS regular season, against PLSQ champions FC Laval. It would be a monumental moment for club soccer in the province, and a big opportunity for the PLSQ to show its increasing level of talent.

Laval lost just once during a dominant PLSQ campaign last year in 22 matches. They also reached the final of Coupe PLSQ, losing to AS Blainville. Some familiar faces have pulled on the purple and black of Laval, including Zakaria Bahous (Atlético Ottawa) and Garven Metusala (Forge FC).

This one is also a bit of a longshot for the preliminary round, but with one Eastern team crossing over into the Western pot, one of the CPL’s biggest rivalries could be renewed in the Canadian Championship.

The two sides last met in this competition in their inaugural appearances back in 2019. Sergio Camargo’s second-half goal was the difference in the second leg at ATCO field as Cavalry won 3-2 on aggregate. Cavalry would go on to become the first CPL side to beat MLS opposition later that tournament when they stunned the Vancouver Whitecaps 2-1 over two legs in the Third Round Qualifying.

Roles would be reversed later that year as Forge defeated Cavalry in the first-ever CPL final. The Hamilton club has generally had the better of their rivals thereafter, including beating them in this year’s semifinals.

After winning a regular season title and reaching the 2022 CPL finals, picking up a first-ever Canadian Championship victory will be a major goal for Atlético Ottawa this season. Should they do that, there is a possibility for further marquee matchups for the club, including one against the most decorated club in the competition — Toronto FC.

Playing against the MLS giants, and the star power they bring, would only serve to further boost the stock of one of the country’s rising, and most ambitious, clubs. This would be especially true if the match ended up at TD Place Stadium, where Ottawa just hosted the 2022 CPL final with nearly 15,000 fans in attendance.

The sporting rivalry between Toronto and Ottawa has been well documented and established over the years, and that has extended to soccer. Toronto FC eliminated the Ottawa Fury from the Canadian Championship on three separate occasions and given the chance Atlético Ottawa will certainly be keen to create a new history.