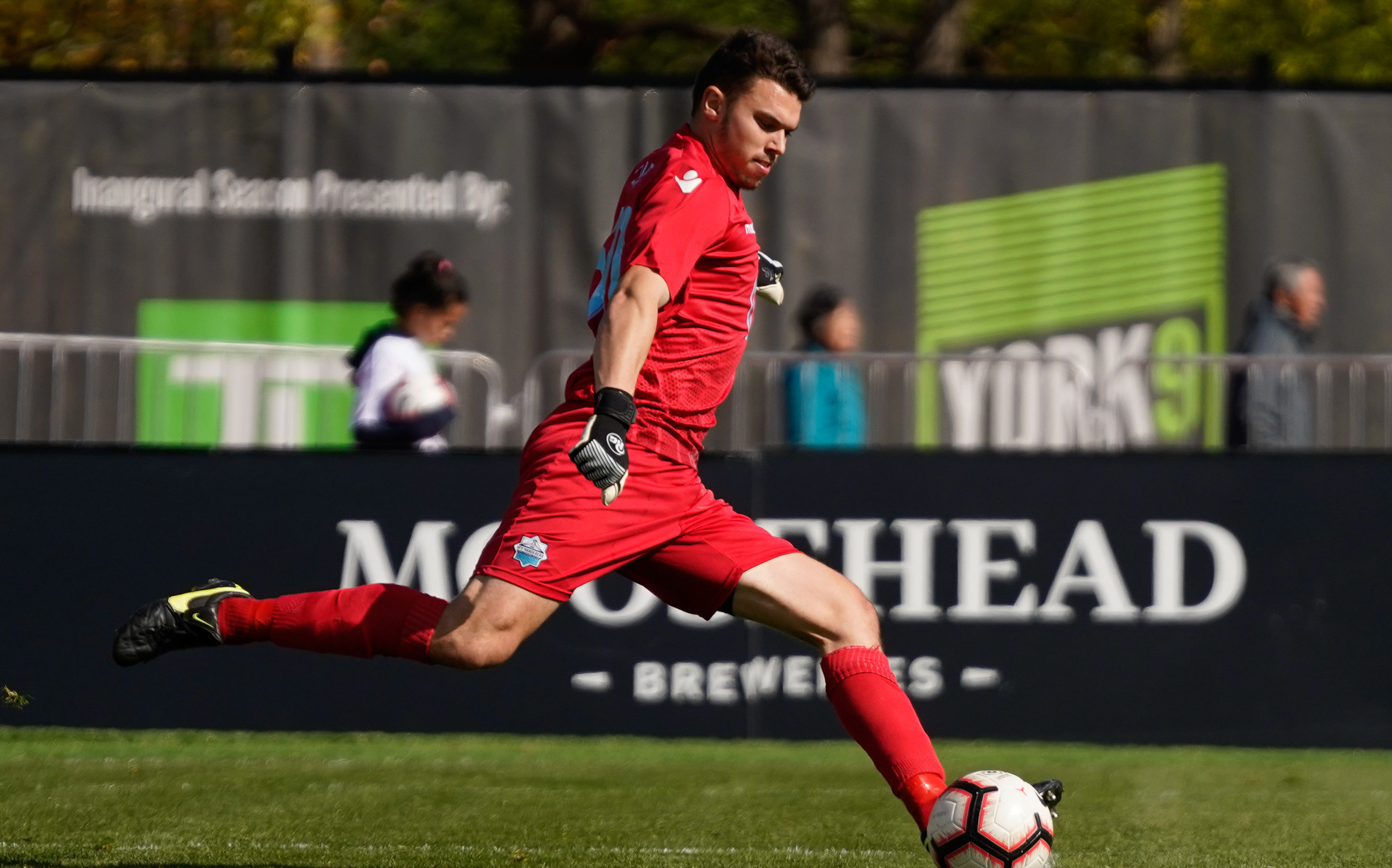 “The Ox” was on fire Friday.

Oxner and his teammate, FIFA pro gamer Pedram Malakiam, came out on top of the four-team finale after a 3-0 win over two legs against Atlético Ottawa, which featured midfielder Malyk Hamilton and FIFA pro Fist_Agitpower. It was an upset of sorts after Ottawa won two of the three weekly qualifying competitions leading up to Friday’s final – including last week’s finals victory over HFX Wanderers.

Awuah was bailed out by a game-breaking Hugo Lloris save soon after, and later a second via Kylian Mbappe. Dropping back, Awuah was keen to frustrate Hamilton, who started committing more virtual players forward. Atlético Ottawa’s representative did pull one back in the 63rd minute, setting up a back-and-forth final moments.

A frantic mess of players in Awuah’s box eventually led to a late equalizer for Hamilton, who eased teammate Fist_Agitpower’s expectations in a heavy-hitting second leg.

World 41st-ranked @Fist_Agitpower had a new lease on life after Hamilton’s Leg 1 comeback, taking play right to 71st-ranked Goal Machine. With neither pro gamer willing to risk giving up the first goal, the first half ended with no shots on goal.

The second half was much more intense. Agit_power’s opener via Vinícius Júnior was quickly met by Goal Machine’s Messi and his well-worked left-footed goal, putting Forge FC right back into contention for the eCPL Home To Play Final.

To celebrate. Goal Machine “shushed” his opponent with Messi as an attempt to regain momentum.

81' – @atletiOttawa takes the 4-3 aggregate lead as @Fist_Agitpower manages to make the turn with Cruyff and shush the opposition #CanPL l Watch: https://t.co/auJ7fbgzHl pic.twitter.com/6R3FqXM0PC

However, it was Agit_power who enjoyed the last laugh. A wicked pull-back from legend Johan Cryuff set up the eventual winner before a late insurance marker confirmed Atlético Ottawa’s spot in the final.

“I don’t like people who shush me,” Agit_power told the stream, later cooling the potential beef with Goal Machine. “It’s just a game.”

Switching to the Netherlands for the tournament finals, FC Edmonton’s Erik Zetterberg looked to surprise the favourite Oxner – and he did. An early clear-cut chance smacked the post, stunning viewers expecting the Wanderers to emerge as finalists.

Oxner did assert his dominance with France, though it took a while to sink his teeth in Zetterberg’s final third.

With great ball control, Oxner kept the pressure on the Eddies newcomer. A Wissam Ben Yedder curling marker opened the game up, leading to a third, fourth, and a fifth goal for the Wanderers ‘keeper.

Zetterberg did give his pro teammate a late goal, though a four-goal deficit would prove to be a mountain to climb.

Pedram Malakiam held off Gabriel Cabrera (Sibwolf) easily in Leg 2, taking Oxner’s advantage through 90 minutes all the way to the eCPL Home To Play Final and a rematch of Week 3’s finale.

Sibwolf did apply considerable pressure, though, by winning the all-pros affair by a goal.

Chances were few and far between for the FIFA pro gamers in Leg 1. Top-ranked Canadian Fist_Agitpower arrived as a favourite – especially after edging WeirdGuyFromWork 1-0 in last week’s final – but never quite controlled the match. Malakiam held his Ottawa opposite off while looking for a chance off the counter.

A sharp-angle attempt off the bar in the 60th minute was the closest the Wanderers pro got through the match’s entire 90 minutes.

It all came down to the CPLers. Christian Oxner’s choice to play as Canada in Week 3’s final was a shrewd choice as he arrived with a veil of mystery around his play.

An all-France final started as a nip and tuck affair – fleeting chances on goal were split evenly through the first half.

Oxner slowly took control of proceedings after halftime. Extended pressure led to a breakthrough: Kylian Mbappe took on a bounce-back and slotted home an opener. Proceedings got even juicier when Oxner’s Mbappe player was sent off for a second yellow card.

Up a man, Hamilton went on the offensive. Back-to-back chances pinned Oxner bac, but the Haligonian was far from done in the final third. Oxner charged up the pitch and quickly grabbed a second – completely changing the game in just a few minutes.

Hamilton, desperate to cut the lead down, started committing even more players forward. A few half-chances weren’t worth the space conceded at the other end, as Oxner grabbed a third goal to win the eCPL Home To Play tournament championship.