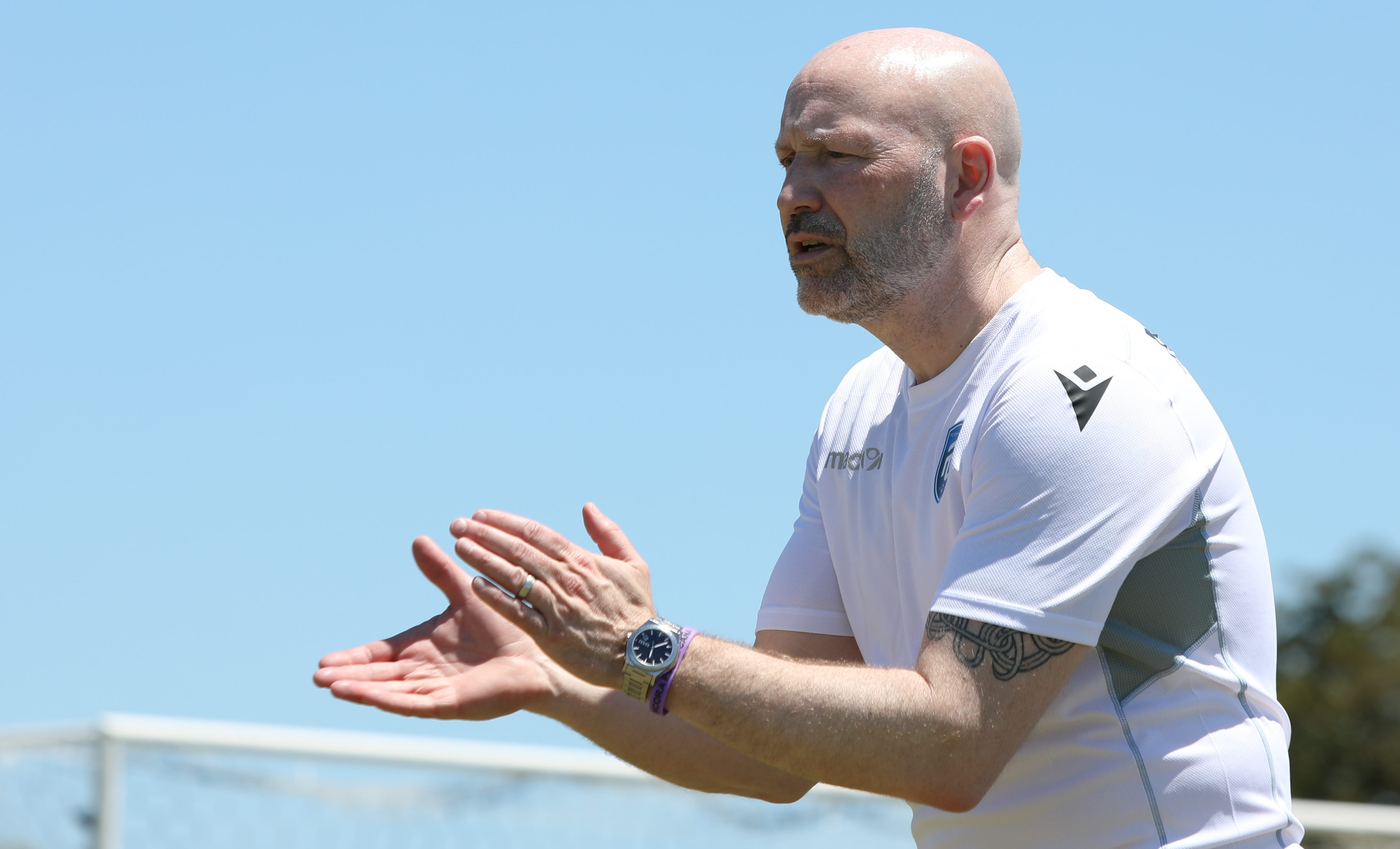 It’s Valour FC’s home opener. It’s FC Edmonton’s first Canadian Premier League match. And, when the two teams play Saturday afternoon in Winnipeg (6:00 p.m. ET, available on OneSoccer), it will also be the first match with implications for a berth in the upcoming CONCACAF League.

This year, FC Edmonton, Valour FC and Forge FC are the only three teams eligible for the CPL spot in the CONCACAF League, a qualifying tournament for the CONCACAF Champions League.

As such, the CPL tilts that these three aforementioned teams play against one another in the spring season will constitute something of a mini-league, with the winner booking a ticket for international competition.

So, the game is doubly important. Just don’t tell FCE coach Jeff Paulus about it.

“To be quite honest, I’m not even thinking about CONCACAF, if I’m being dead serious.” Paulus told CanPL.ca. “We’re trying to win this league and if we get to CONCACAF, we want to do it by winning the Canadian Championship — and that’s a priority.”

The winner of the Canadian Championship — which will involve all CPL teams, the winners of League1 Ontario (Vaughan Azzurri) and the PLSQ (A.S. Blainville), the three Canadian MLS teams, and the USL’s Ottawa Fury — gets a spot in the CONCACAF Champions League. So there are two routes for CPL teams to get into continental play.

So, Paulus sees Edmonton’s in-season competition with Forge and Valour for a spot in the CONCACAF League as an extra chance. Nothing more, nothing less.

“We have a back door way to get in, and that’s a bonus for us, certainly. But our focus has to be on winning the league, first. That’s the way we’re going to view this game. So we’re not going to put any added pressure on the players. It’s not a six-point game or anything like that. It’s three points towards winning a league title.”

But Paulus may have a pre-game decision to make. Veteran striker Tomi Ameobi didn’t train Wednesday, and Paulus said that it might come down to a “game-time decision” on the player. If Ameobi, who has a knock, can’t start on Saturday, look for Randy Edwini-Bonsu to be moved off the wing and slid into the centre forward position, where he’d use his pace to run onto through balls.

“Through my career, I’ve tried to learn how to play all around the front three,” Edwin-Bonsu said. “So, I can play anywhere the coach asks me to play. Of course there are positions where I am more comfortable, but I can do all three — and I will do what is easiest for the team. So, wherever I have to play, I’ll do my best.”

And, if Valour coach Rob Gale decides to keep Tyson Farago in goal after he got the win over Pacific FC on Wednesday, the Eddies will see a familiar face – Farago was with FCE in the NASL from 2014-17.

“I love that. It will be nice,” Paulus said, with a laugh. “I know his weaknesses, I’ve watched him for a few years, so I hope he starts!

“But, listen, he’s a great kid, a very good ‘keeper. I’ll be delighted to see him again.”

Edmonton midfielder Allan Zebie added: “Against Tyson, I had a few good top-corner shots against him in the training drills. I guess it helps that we might now his tendencies, but it’s been a year. Everyone has a brand-new start. So it might be hard to tell. And this is a new team, too.”