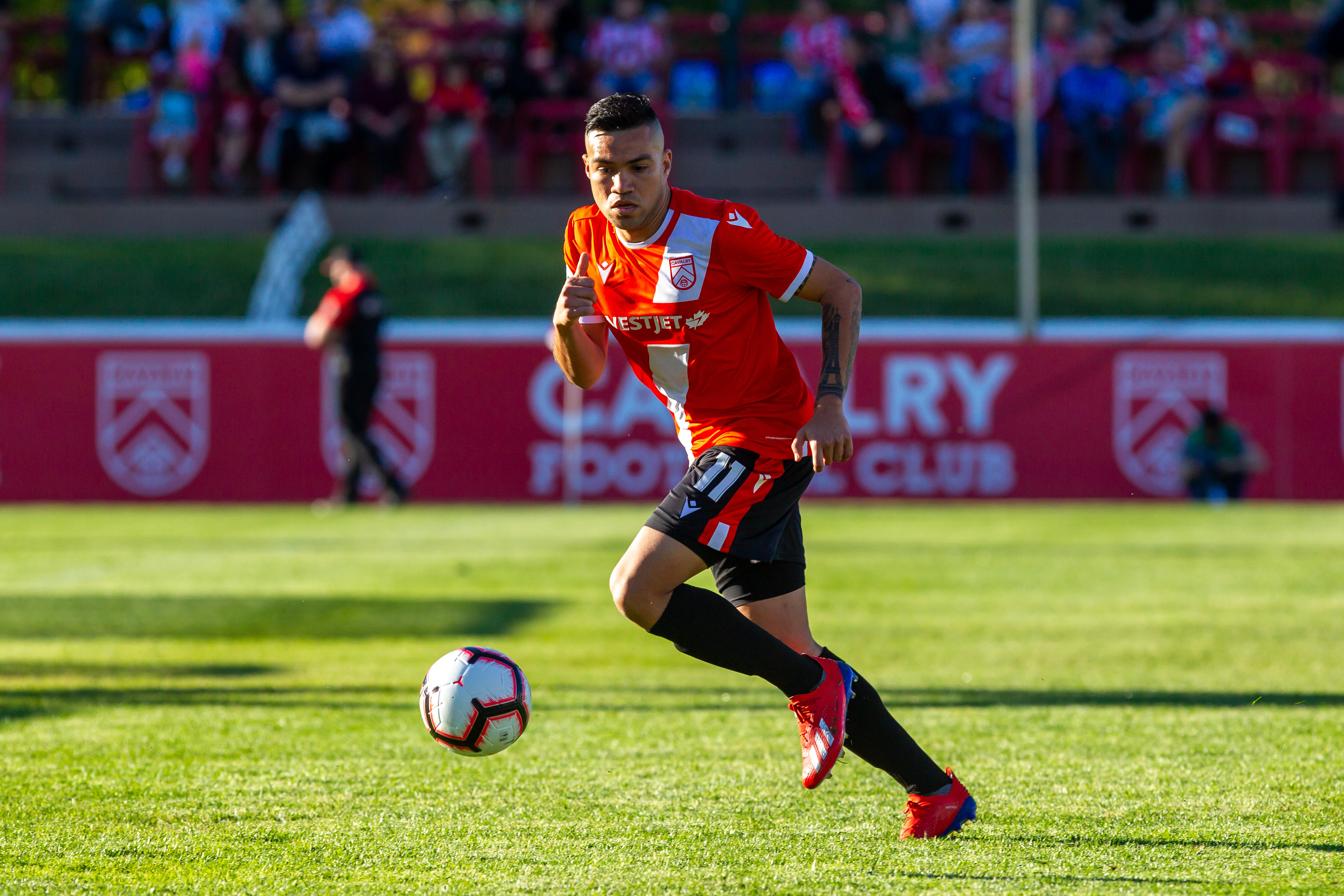 Cavalry FC announced Wednesday that two more members of their successful 2019 squad will be returning for the upcoming CPL season.

Left fullback Nathan Mavila and winger José Escalante have re-signed with the Cavs, and will remain at Spruce Meadows for another year.

Mavila is a 24-year-old defender from England who was one of the Cavs’ stalwarts in 2019, making 32 appearances across all competitions. He moved to Calgary after several years at lower-division sides in his home country, where he developed in the academy of Premier League side West Ham United.

He was one of the steadiest left fullbacks in the CPL in year one, earning praise for his reliability on both sides of the ball.

“Nathan was arguably one of the best 1v1 defenders in the league last season in my opinion and I feel he has even more to offer in 2020 on the offensive side of his game too,” Cavalry coach Tommy Wheeldon Jr said.

“He has great pace, a very good left foot and a high level of intensity both in training and games. This adds another key element to our team.”

Joining Mavila is Escalante, a fan favourite in Calgary for his flashy skills and fiery temperament in 2019. The 24-year-old hails from Honduras, where he was playing in 2018 before moving to Canada. The winger, who has six games of MLS experience with the Houston Dynamo, offered four goals and seven assists (all competitions) for the Cavs in their inaugural season.

A thorn in just about every other team’s backside, Cavalry’s live wire winger beat players for speed, and played the odd cheeky ball for teammates

“José is a great returning player for us after creating many exciting moments in the 2019 season,” Wheeldon Jr offered.

“The more he learned about our playing philosophy, the more he began to contribute to our team’s output on both side’s of the ball. He became somewhat of a cult hero across the league and I’m positive there is more to come from José Escalante in 2020.”

Cavalry now has 15 players returning from the 2019 team that won both the Spring and Fall seasons. They’ve also added Peruvian forward Jair Córdova, as well as two players from other CPL sides in José Hernandez and Bruno Zebie.