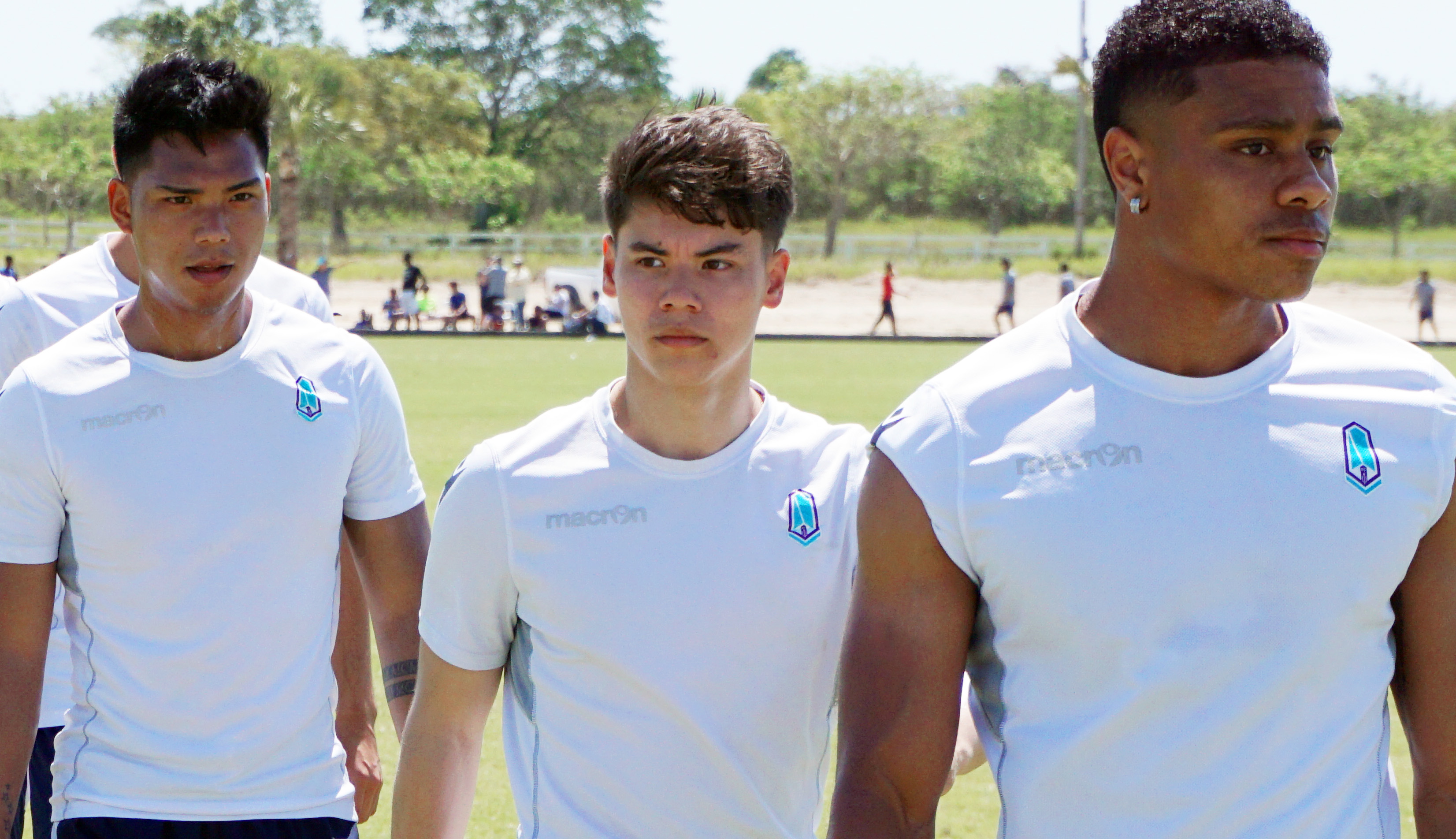 The preseason scrimmages are over. With just days remaining until their debut at Westhills Stadium on April 28th, Pacific FC is itching to play for three points.

“It’s easy to kind of get caught up in the build-up of it,” winger Ben Fisk told CanPL.ca. “You kind of just have to treat it like any other game.”

When PFC hosts the visiting HFX Wanderers FC on Sunday, it will mark the third-longest domestic road trip in the world for soccer, and the first-ever game in franchise history for both squads. The Islanders are determined to start their season on the right foot.

“We’ve done a lot of work on fitness and just making sure everyone’s bodies are ready to go, and I think you’re going to see that on the opening day,” striker Marcus Haber told CanPL.ca.

The 30-year-old arrives in Vancouver Island after playing on loan for Falkirk FC in the Scottish Championship and has drawn high expectations as one of the league’s most imposing goal-scorers.

“We’ve been working hard on and off the pitch,” added Northern Ireland-born defender Ryan McCurdy, who joined the club as a trialist in March. “Each week has been harder and harder, more intense. We’re doing more tactical sessions.”

As the season begins, game-planning can prove difficult for clubs, as information on their opponents remains scarce. For much of Pacific’s squad, the Wanderers remain a bit of a mystery, beyond the reputation of their general manager.

“I’ve seen a little bit of them when we were in the Dominican (for pre-season), but not a whole lot,” Haber said. “I know Stephen Hart, he likes to play a very free-flowing (game). He’s going to have a lot of good athletes on his team – a lot of pace. And I think that’s something we need to look out for.”

“(Hart’s) the one that brought me in back in 2006 for the (Canadian) national team, and I worked with him for a few years back then, so I know what he’s all about,” added winger Issey Nakajima-Farran. The 34-year-old Japanese-Canadian will be counted on at PFC for his experience, having played professionally for 15 years prior to joining the Langford-based side, including in the Danish Superliga and MLS.

“He’s a very professional coach, and all we can expect is a good team that he’s forming together, tactically,” Nakajima-Farran said, of Hart, whom he played under for the Canadian national team.

“It’s not just a new team, but a new league, so it’s always tough to say what your competition’s going to look like,” defender Blake Smith, who joined PFC on loan from FC Cincinnati, told CanPL.ca. “But we’ve been doing a really good job of focusing on ourselves and our tactics.”

As for tactics, the picture is becoming a little clearer for Pacific.

“We try to build our attack from the back. From the keeper to the striker, we’re all participants,” said midfielder Victor Blasco, who netted three goals for PFC in their last preseason friendly against the Vancouver TSS Rovers.

“If you want to be playing on this team as a defender, you have to be technically good with the ball at your feet, as well,” Smith added.

History is on the line, too.

With Pacific FC’s first-ever regular season match, there’s bragging rights on the line as well. Only one player can score the first goal in franchise history.

“Obviously, I want to be the first player to score. I mean, that’s just who I am,” striker Terran Campbell told CanPL.ca. Through two preseason friendlies, the 20-year-old Vancouver native has scored five times, making a strong case for head coach Michael Silberbauer to consider his name when crafting lineups.

“I think everybody wants to be that first guy. Everybody,” Nakajima-Farran affirmed. “But this is a team sport, and it means more to have the three points, especially early on in the season.”

Fisk was a little more blunt with his assessment.

“I don’t give a s— who scores it,” he said. “Obviously whoever does, it’s awesome. That’s something to remember for the rest of your life and tell your kids about. But if we also win the inaugural CPL Championship, I think that’s a much bigger deal.”

For Pacific FC’s British Columbia-raised contingent, the home opener will be a chance to see familiar faces in the stands.

“I’ll have my whole family there,” said defender-midfielder Matthew Baldisimo. “They’ll be cheering me on hard, hopefully.”

“I’ll definitely have my parents and a bunch of family friends and personal friends as well,” added Haber. “There will probably be about 20-25 people that I’m very close to at the game. And that makes it that much more special.”