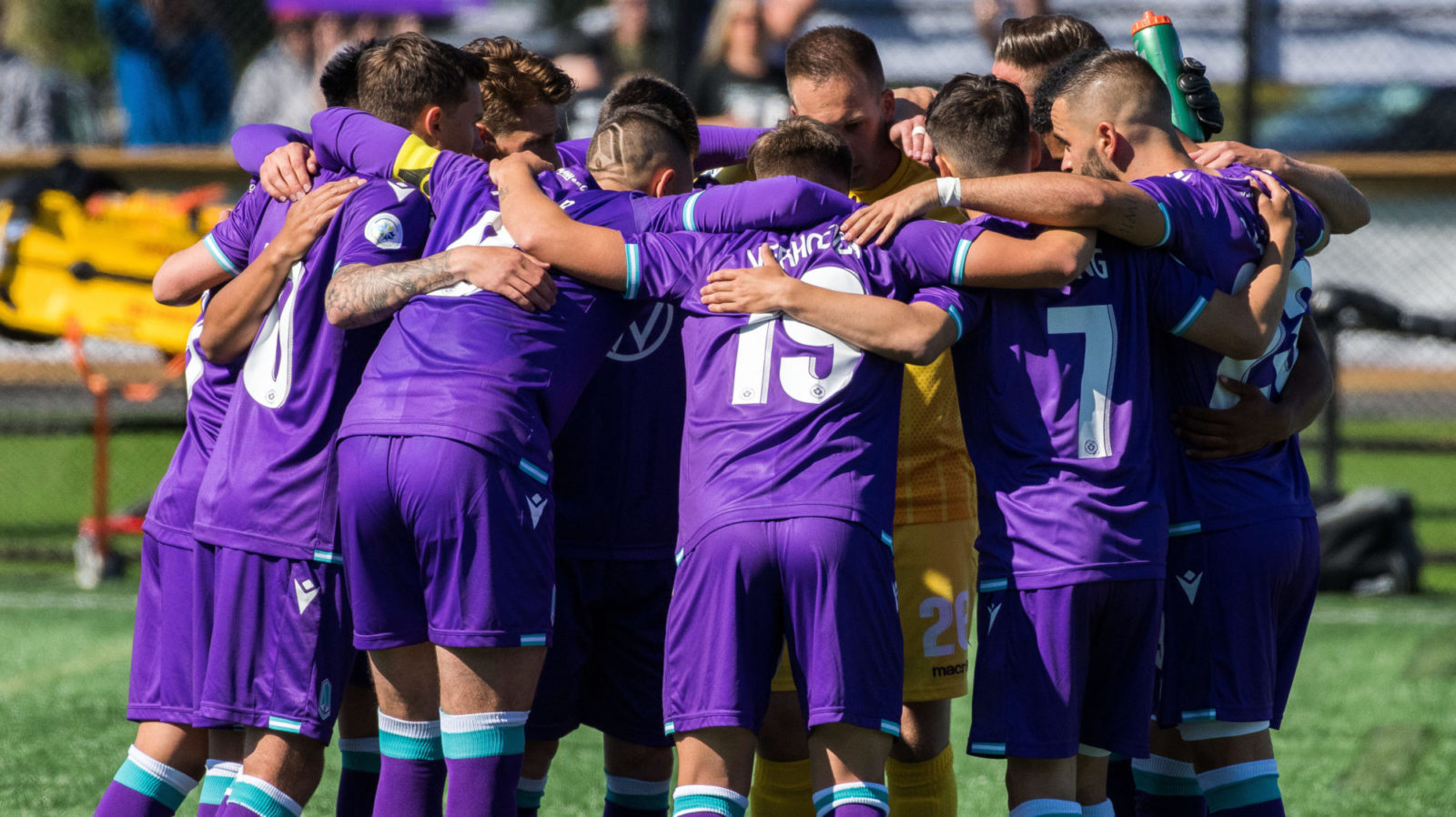 VANCOUVER ISLAND – “We’re not here to make sure everybody’s comfortable.”

That was the main message from Pacific FC CEO Rob Friend, speaking in the wake of parting ways with head coach Michael Silberbauer — the first Canadian Premier League manager to lose his job.

The news sent ripples across the Haro Strait and the rest of Canadian soccer, just a day before the West Coast club’s final match of the season at Westhills Stadium on Saturday (6:30 p.m. ET, 3:30 p.m. PT, on OneSoccer).

“I think it would’ve been less of an impact if we did it after the season,” Friend told CanPL.ca in an exclusive interview. “It’s about shaking it up and letting everyone know that everyone’s job is on the line and everyone needs to perform.”

In the ten-minute conversation, Friend spoke often about sending a message — to the team, to the front office — that Pacific’s results this season have fallen short of expectations.

“Unfortunately, Michael has to take a bit of the brunt of it,” the 38-year-old former Canadian international added. “And it’s not entirely his fault, but we need to see some freshness and move on.”

Read the full conversation below. Some quotes have been condensed for clarity.

What prompted the decision to part ways with Michael?

Friend: I think it’s a little bit about shaking this club up and not accepting average. We want to win tomorrow and shake the boys up a little bit. Let them know that it hasn’t been acceptable. We’ve had some good games, but we’ve been too inconsistent, and I think it falls on our players — and everyone on this club.

Sometimes, you need to shake it up before that last game, because (we) expect a result tomorrow. And then it’s a fresh look, and a fresh start. Build on the foundation we’ve created. Michael’s done a phenomenal job getting to where we are, and we expect better for next year.

Why now, instead of waiting until after the season? It could be a benefit, but it could also be a distraction to the players.

Hey, I’ll let you know after tomorrow’s game. I think these players have been flat. They seemed a little bit uninspired, and we made the decision to shake it up before this last game, because we want to win tomorrow. Players need to show up, coaches need to show up, we all need to show up and be better. And if we’re not, changes happen. It’s about shaking it up and letting everyone know that everyone’s job is on the line and everyone needs to perform. I think it would’ve been less of an impact if we did it after the season.

Was it a culture fit? A chemistry fit? A difference in vision?

I mean, I think ultimately, this was a challenging job, challenging task. We created this club 15, 16 months ago. We built a squad of 23 players that have never really played together. We’ve built the youngest team (in the CPL). So it was challenging all around. We expect better, though, out of these players — because we have the talent.

Now they need to show us what kind of character they have. Let’s see tomorrow. We’re going to have hard decisions with our players. But I think there’s various reasons, and I think it falls a lot on the players, because they haven’t been good enough, based on their talent. Talent will only get you so far, and unfortunately, Michael has to take a bit of the brunt of it. And it’s not entirely his fault, but we need to see some freshness and move on.

If there was a floor and a ceiling for where you imagined this team would finish this season back when it began in April, where does Pacific sit now?

Well, I mean, it’s always hard. At the start of the season, we believed that the squad we assembled can compete to win the title. For whatever reasons — call them excuses — of injuries, of being a young squad… I don’t accept those excuses, because we can be better, and we’ve shown that we can play and beat any team in this league.

It’s about being consistent and understanding how to be consistent. So I think these players need to look at themselves in the mirror and (figure out) who wants to be here, and who wants to win for this club.

How quickly do you intend to find a new head coach, whether that’s promoting from within the ranks or looking outside the team?

We’ve got a really good, strong foundation of young players that are staying around for next year who need to be inspired, and then obviously, sooner (rather) than later, (we need to) find this coach as we’re signing players. But I’m a believer that it’s ultimately not the coach that needs to sign the players; it’s the club that needs to set the philosophy. And then from there, you build your squad around that, because coaches always come and go. And I think the philosophy in the club needs to be consistent. So those are decisions that we’re going to make sure we’re patient with.

What are you looking for in a head coach? What is Pacific’s philosophy?

There’s two main pillars: we always want to be young — the youngest, most talented team in this league. And we want to win with that. We’ve checked a lot of young, talented boxes, but I think what was missing was the character to win. So we need to find that. And those are the two pillars we’re going to always build this club around. And I’m a believer that it can be done: winning championships with the youngest squad. And we’re proud of that. We took a risk in that, and going forward, that has to be this club’s philosophy.

There’s a gamble in shuffling coaches, if it starts to become a rotating door. How do you balance that: looking for the right fit, but not creating a culture where coaches are coming and going too often, to where there’s no consistency?

Yeah, a hundred per cent. That’s a dangerous path, right? Because you see clubs that do that. But this wasn’t a reactive decision. This is a decision that’s been thought about, discussed internally, for a while. And again, what is this club going to look like in the next five years?

I think that it’s not about reacting, because that’s a dangerous path. It’s really about, where do we want to go in the future? And then making that right decision. Because now, we’re clear what this club’s about. And then making that decision, making those longer-term decisions around the coach. So I think we have a much clearer picture now, what needs to happen here.

So it sounds like part of this is about sending a message to players that complacency is not acceptable. Can you speak to that? What this might mean for players sticking around and who you’re looking to keep?

Exactly. I think the CPL’s about giving opportunities, but ultimately, the player needs to take that opportunity. And we as a country, as a nation, need to be better with our young players. I think young players are comfortable. And it’s not about being comfortable in this league; it’s about providing an opportunity.

But ultimately, the player needs to take that chance. He needs to work; he needs to grind. It’s a tough business, and if you don’t perform, you don’t have a job — whether you’re a coach, whether you’re a player. So I think these players need to understand that their jobs are on the line every year, every game, every practice.

So if you’re not working, if you’re not performing, the next guy’s in line. Making sure that players aren’t complacent is important in creating a culture. Because in Europe, your job is on the line every single day, and I don’t think (we) fully understand that in Canada. The culture here is very comfortable, and that’s dangerous. So we want to assure that we have a different culture. We’re not here to make sure everybody’s comfortable. And we expect to be better.

How different do you expect this team to look come off-season or next season?

I think we have a really strong foundation of young players that are coming back next season, but I can probably say that half the squad may end up leaving. And then we need to build a better squad, based on our foundation and our philosophy. So we’re excited about the players we have going into next season, and we’re excited about adding the right puzzle pieces to be better. Again, I think we have a clearer picture of what that looks like (now).