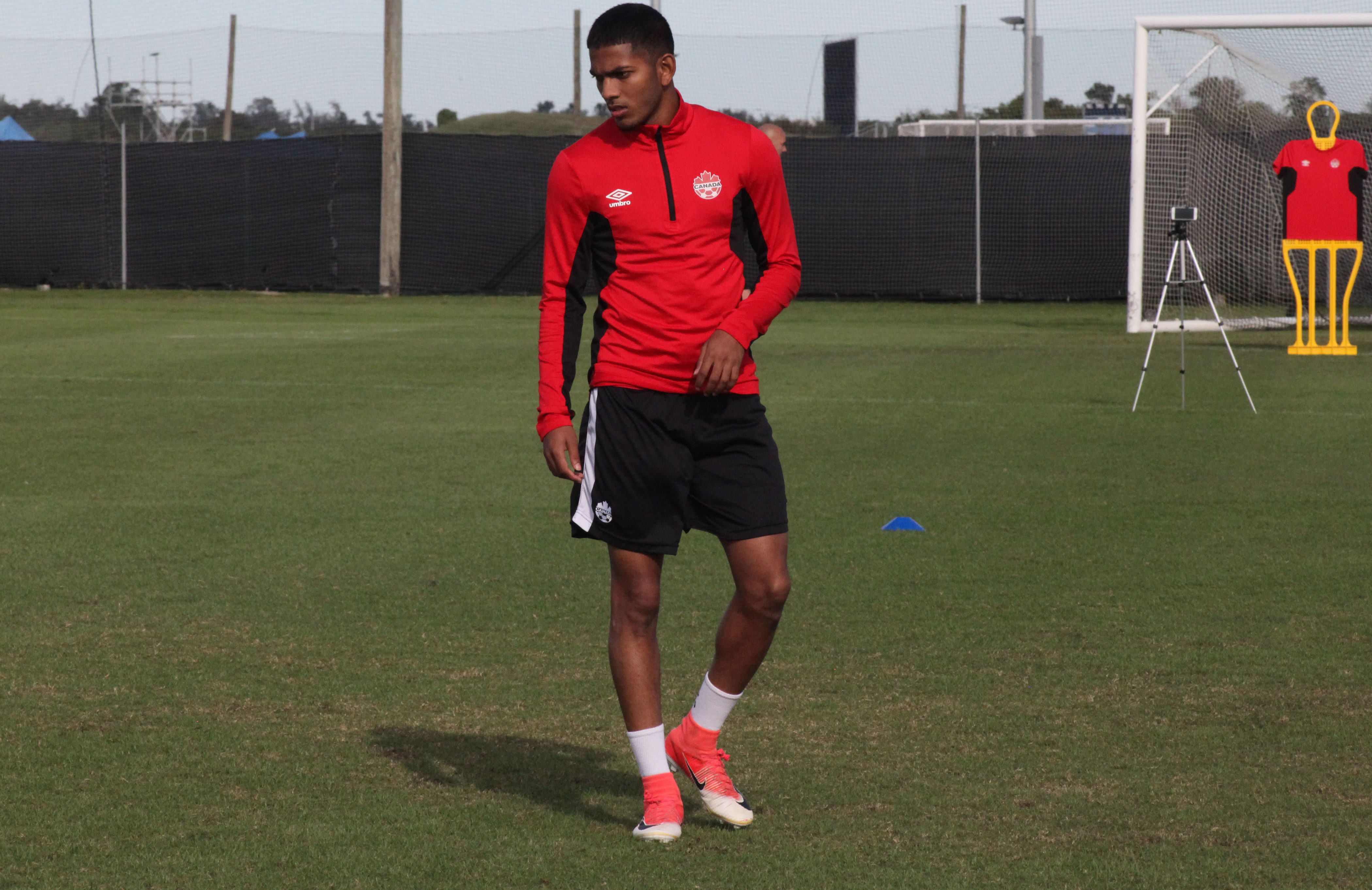 FC Edmonton filled out its 23-man roster on Monday, announcing the signing of a pair of young defenders to complete the club’s 2020 squad.

Terique Mohammed has joined FCE on a loan deal from Toronto FC II, while Sam Gardner has been signed to a contract for the 2020 CPL season.

The Toronto native has significant experience in the Canadian national team youth system, having represented Les Rouges at the U-17 and U-20 levels, and playing at the Concacaf Championship at both age levels. Mohammed will be familiar with FCE assistant coach Sean Fleming – he played under Fleming with the Canadian U-15 team in 2015 (alongside Alphonso Davies and Jonathan David).

Mohammed was named to Canada’s provisional 40-man roster for the 2019 Concacaf U-23 Olympic qualifiers, before the tournament was cancelled due to the COVID-19 pandemic. He now joins an FCE fullback group that includes Jeannot Esua, Duran Lee, and Ramón Soria.

“I am very happy to be able to bring in a player of Terique’s quality on loan,” Edmonton coach Jeff Paulus said. “He has the power and pace that is already there for the next level and provides a very big attacking threat from our left side.”

Gardner is a 23-year-old centre back standing six-foot-four and weighing 180 pounds, also hailing from Toronto. He recently played at the NCAA Division I level in the United States, appearing in 21 games as a senior in 2018 for Grand Canyon University, in Arizona.

Gardner’s previous three years were spent at Jacksonville University in Florida, where he stood out as one of the top defenders in the division. In his junior season, he was named to the Atlantic Sun Preseason All-Conference team.

“Sam is a player that comes in with a very high ceiling,” Paulus said. “He was an accomplished defender at the NCAA D-I level, and even with his impressive size he has good agility and technical ability. We like that Sam looks to play forward and his range of passing is very good.”

Paulus added some further details about the club’s current roster situation with Peruvian Raul Tito, who has not been able to enter Canada due to travel restrictions stemming from COVID-19.

“Given the present state of things, and our inability to bring in Raul Tito this year, we had an opportunity to add some real quality to our squad (with Mohammed and Gardner) and bring our roster to our league limit of 23,” he said.

“During a short season, where the health and freshness of the athlete may overshadow the technical and tactical components of the game, we wanted to ensure a balanced roster with multiple options at every position. With the addition of these two players, we now believe we have the flexibility to rotate players throughout the season.

Paulus clarified to CanPL.ca that the he is currently exploring loan options for the Peruvian winger, and that the club intends to have him in the squad for the 2021 CPL season.

With the Eddies roster now full at 23 players, they’ll enter the season with six of seven international slots filled, and 15 players returning from the 2019 squad.