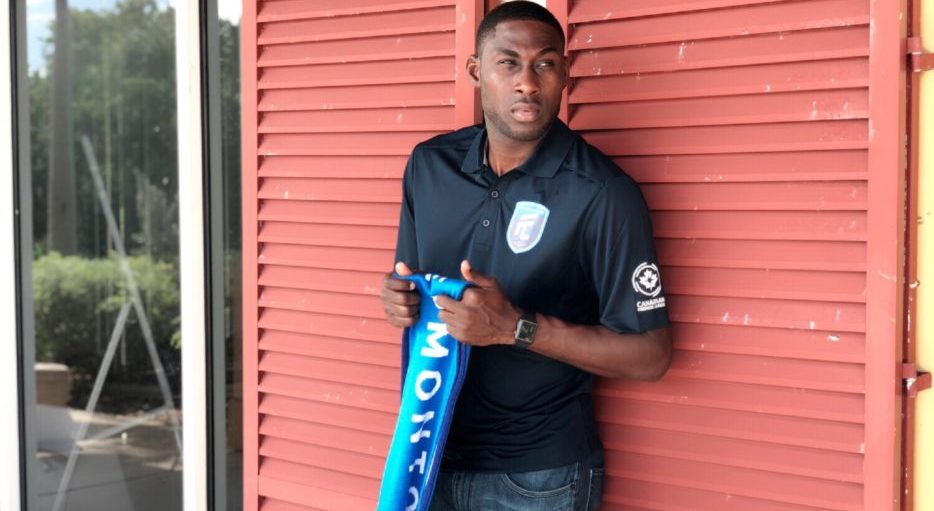 Marcelin, 32, has played the entirety of his professional career in North America and the Caribbean, including 39 appearances with Portland Timbers and FC Dallas of Major League Soccer.

Marcelin also spent with the Fort Lauderdale Strikers and North Carolina FC in the North American Soccer League from 2014-2017. Over four seasons with those two clubs, he made 80 total appearances, scoring four goals, and was named to the NASL Best XI in 2015 with the Strikers.

“I’ve always wanted to move to Canada,” Marcelin said. “The atmosphere is crazy, and I love playing when fans are whole-heartedly supporting you and the team.”

Marcelin also has 33 caps for Haiti, scoring five goals, including one against Brazil at the 2016 Copa America.

“If you followed the NASL, you know just how dominant he can be,” FC Edmonton head coach Jeff Paulus said. “To be a holding midfielder who can also play as a number eight and get forward, you know he’s got quality.”

Esua, 22, developed in the Rainbow FC Academy in Cameroon before signing his first professional contract with Orange County SC of the United Soccer League in 2017. Esua made 12 appearances in all competitions with OCSC, scoring one goal.

“It’s a great delight for a young player like me to play in the inaugural season of the CPL,” said Esua. “I can’t wait to get started and write my name in league history.”

Esua comes to the club after spending the 2018 season in his native Cameroon.

“I love fullbacks that play almost like wingbacks and get forward and attack,” Paulus said. “This is a player that won’t get beat for pace and I can’t see any winger overpowering him.”