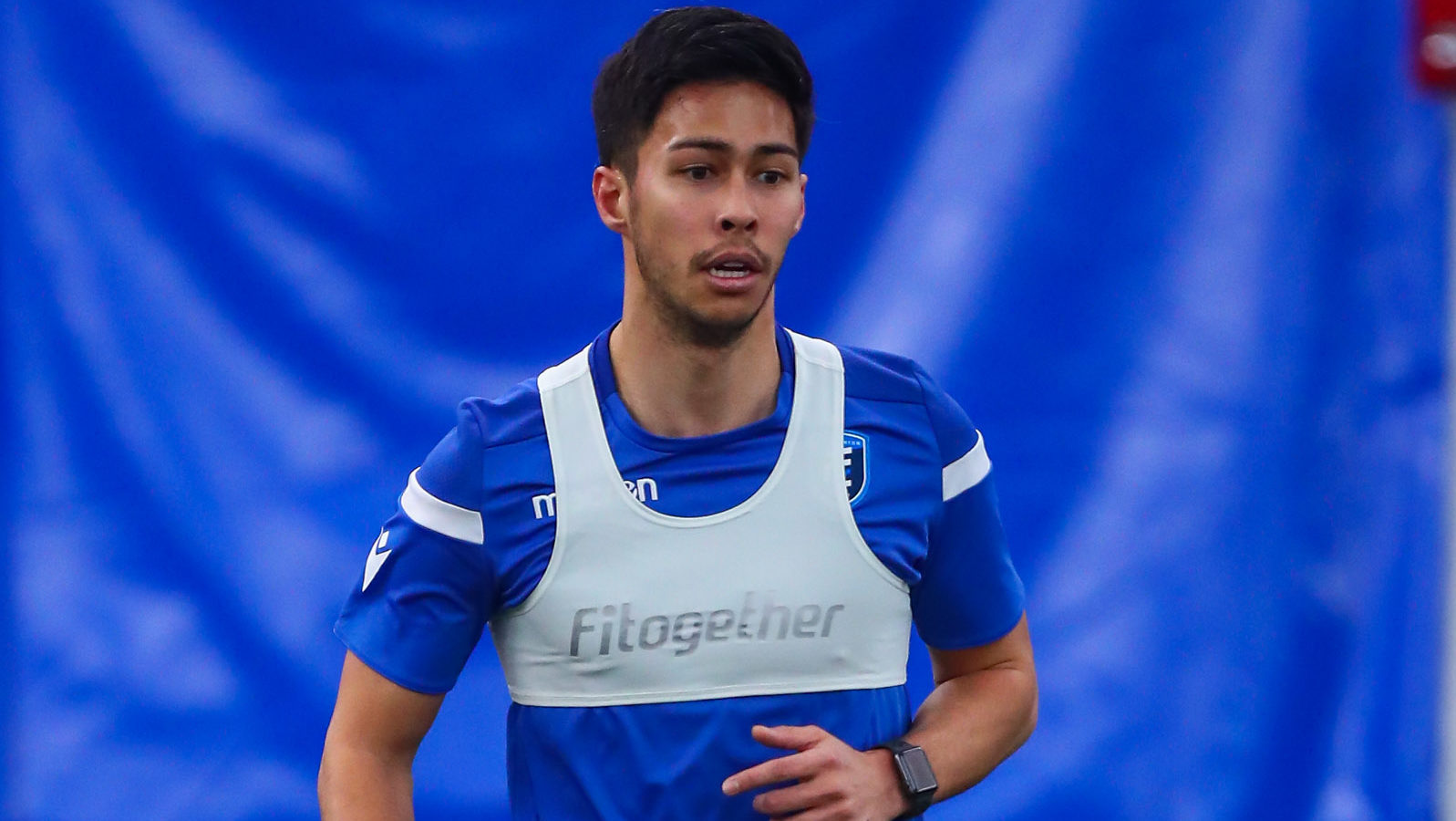 “The league could start at any time.”

FC Edmonton fullback Paris Gee says this with conviction, yet somewhat hyperbolically, as he continues his first pre-season with the CPL club.

Gee, 26, has been part of training in the Alberta capital since last month as the Eddies and others in the CPL eagerly await the start of a 2021 season as the COVID-19 pandemic continues to restrict many facets of life.

“Every day you’re putting in work and every week you have to remind yourself: the league could start at any time,” Gee repeated. “You need to perform every single day, every single session from start to finish to see those results once the season starts.”

Gee, a native of Burnaby, B.C. and former member of the Vancouver Whitecaps Residency program – is a veteran on the Eddies, with over 90 professional appearances in the USL Championship under his belt. There’s an added responsibility when the perpetual training state begins to take hold. Edmonton returned to training three weeks ago and a season start date isn’t yet clear, though CPL commissioner David Clanachan has said the League will offer an update on or before May 15.

“It’s up to us older players to speak up and tell the guys ‘hey, the quality can’t drop – you’ve got to keep working every single day,” Gee said. “If this season comes and you’re not ready, you’ll get trampled on.”

Gee was first contacted about joining the Eddies by newly-named club president Eric Newendorp, whom he played under with the USL’s Tulsa Roughnecks. Later Alan Koch arrived at head coach, someone Gee played for at Simon Fraser University way back in 2012.

“It’s pretty cool to see where both of our careers have gone,” Gee said, referring to Koch’s stint with FC Cincinnati into Major League Soccer. “You definitely see a change in him, obviously from college soccer – he’s quite a good coach.”

To Gee’s credit, he’s emerged as quite a standout too since a handful of appearances at Simon Fraser, after posting four seasons in U.S. second tier, making nearly 90 appearances for Tulsa and most recently Saint Louis FC, which shut up shop at the end of 2020.

Gee has yet to play professionally in Canada but has returned with the Eddies, who are looking to rebound from a last-place finish in the 2020 Island Games.

“Looking from afar, the league looked like it was run very well so that’s what brought me back to Canada,” Gee said. “Everything just looks really structured – even when they went into the bubble last Summer – everything got organized pretty quickly.”

Gee says right back is his most comfortable position and switched between there and the left of defense for most of his season with St. Louis. This year he believes he’ll feature mostly on the left – when training sessions finally transition into matches.