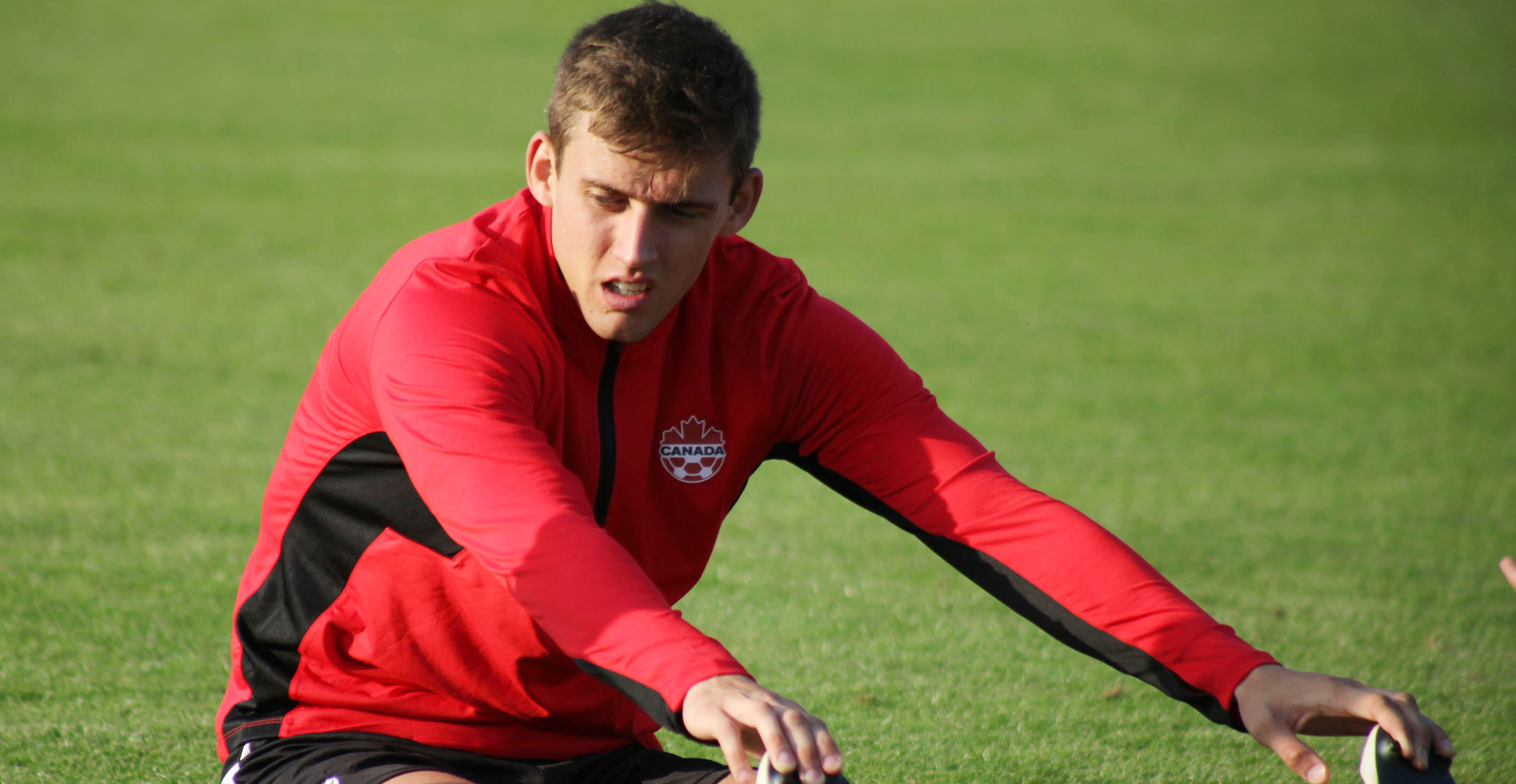 TORONTO – Amer Didic is fitting right in with the Canadian national team.

The 24-year-old FC Edmonton defender was called in to John Herdman’s side ahead of a crucial Concacaf Nations League match against the United States on Tuesday at BMO Field.

Following on the heels of Cavalry FC goalkeeper Marco Carducci’s inclusion in the September squad, Didic is the second Canadian Premier League player to be involved with Canada’s national team.

“It’s always an honour to represent your country,” Didic told CanPL.ca. “Two years ago, I got the chance for the first time and luckily I’ve been able to earn another chance here.

“I’m excited: excited to be with the guys, excited to learn the tactics and try to put that into play.”

Didic was part of a Canadian team assembled in 2017 ahead of a September friendly match against Jamaica in Toronto. Canada won 2-0, with Anthony Jackson-Hamel and Jonathan Osorio scoring first-half goals, but Didic (with MLS club Sporting Kansas City at that time) didn’t see any action.

RELATED READING: ‘Give everything’: Herdman’s CanMNT ready to ‘silence critics’ against US

As a relatively fresh face, Didic has been welcomed with open arms into this Canadian camp, in particular by one of the more ebullient characters in the group: captain Scott Arfield, who closely observed the interview with CanPL.ca, making sure his new teammate absorbed the messages properly.

“It’s always different being the new guy,” smiled Didic, with Arfield lurking. “It’s just a matter of acclimatizing to the environment, to the boys, and getting a feel for everything.”

“Yeah, this one over here,” he added with a nod, highlighting Arfield as a strong voice. “All the guys are great.

Didic was met by some old friends upon his arrival in this camp, including seven holdovers from that 2017 team – Osorio, Alphonso Davies, Samuel Piette, and Junior Hoilett to name a few – as well as handful from when he represented Canada at the Qatar Tournament in March 2017.

“A couple of guys from the U23s in Mark-Anthony (Kaye), Juan (Cordova), Maxime (Crepeau),” Didic recalled. “Then a bunch of them from the first camp two years ago.

“Some familiar faces for sure.”

That he was called in ahead of a match against the U.S. has a particular resonance for Didic, as a former Swope Park Rangers, Sporting KC and San Antonio FC player.

“Pretty much my whole career so far has been in the U.S. with college and pro,” explained Didic, who attended Baker University in Kansas. “It’s definitely gives a little bit of that fight, that sense of pride being from Canada.”

“They’re south of us. They’re our closest country in any sport,” he continued. “There’s rivalry in hockey, everything – Olympics. Why not soccer? That’s how we feel.

“They’re so close to us that everything we want to do in sport, especially now in soccer, (involves going through them). We want to beat them.”

Didic has been a key piece for FC Edmonton in this inaugural CPL season, making 18 league appearances and one in the Canadian Championship.

Born in Bosnia and Herzegovina, raised in Edmonton, Didic points to this first year of playing professionally in his hometown as helping him return to the international stage.

“It’s been able to get me playing my best football,” Didic stated. “Full credit to the staff in Edmonton and especially (coach) Jeff Paulus for bringing me back home.

“It’s helped get me back on the radar. It’s been great.”