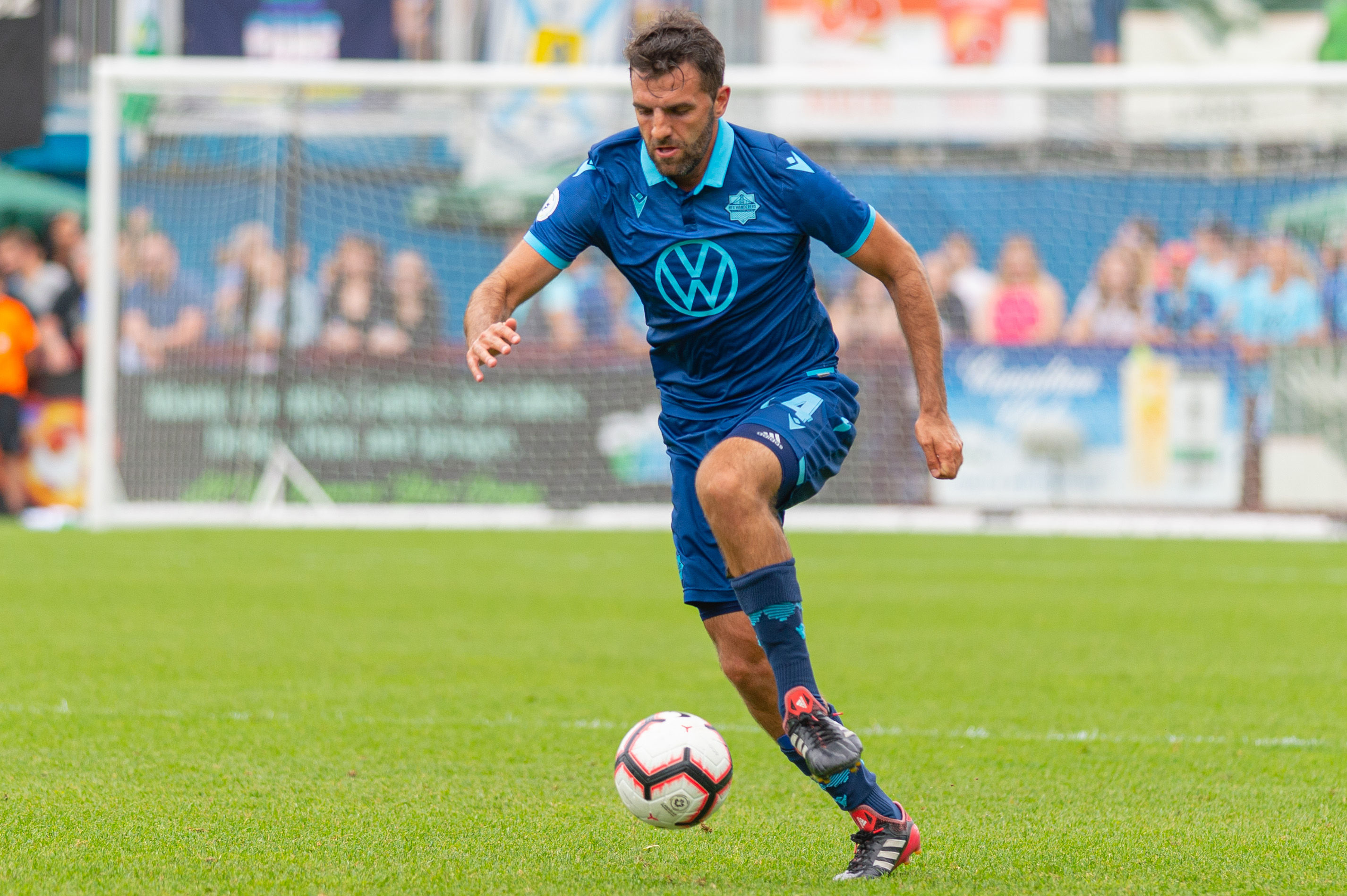 HALIFAX – After a three-game homestand, HFX Wanderers are set for one of the most gruelling stretches for any CPL side in 2019.

Stephen Hart’s side will jump between eastern and western Canada an astronomical five times, starting with an away date with Forge FC Wednesday (7:00 p.m. ET/OneSoccer).

What’s more, the 11,266 km of travel for league matches in the next two weeks is, by far, the most any other CPL club will have in an entire month in 2019. Going from Hamilton to British Columbia and back to Ontario, sprinkling in a trip to Ottawa to face the Fury in the Canadian Championship, before heading to Edmonton to face the Eddies presents quite a challenge.

“The biggest thing we will be without is the fan support on the road, so we have to fight a bit harder,” said defender Alex De Carolis. “We have shown we can play with anyone in this league so we just need to get the job done.”

De Carolis earned praise from his coach for an all-action display at left fullback as the Wanderers pushed Cavalry close before the visitors snatched a late victory at the Wanderers Grounds.

“I think we played very well and if we can keep playing like that it’s going to be good for the rest of the season because we won a lot of balls, we made chances to score and defensively we were strong,” N’sa said.

Wednesday’s match at Tim Hortons Field is only the second time HFX and Forge have met, with the Wanderers claiming the first tilt 2-1 in the club’s home opener on May 4th.

“I think we need to have the personality to play away like we play at home and try to keep the ball and manage the ball well,” explained Juan Diego Gutierrez. “We have Luis Perea and Thomasz Skublak and they are good scorers so if we have the right game we will create chances and we have good forwards to score.”

Coach Stephen Hart is demanding full concentration and discipline against a Forge team he rates highly.

“Forge possess the ball well, they get forward with a lot of numbers and have dynamic players out wide,” Hart said.

While looking to get the road trip off to a winning start, Hart is also expecting to rotate the squad during a heavy road schedule.

“We will need to help the players recover as quickly as possible and it will require player management because of the close sequence of games, so we will do our best to minimize the stress and strain.”