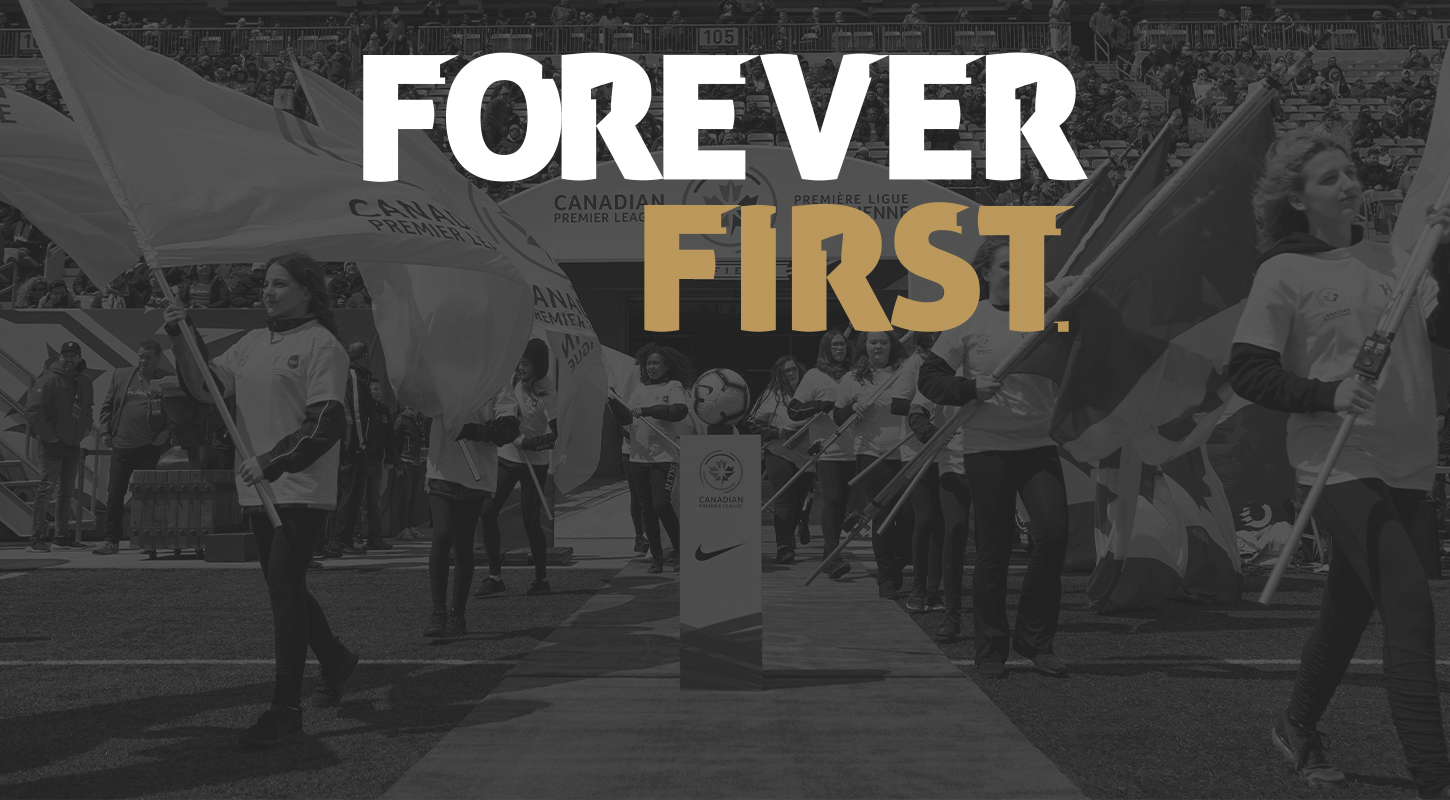 The 2019 Canadian Premier League season was a historical and ground-breaking campaign of many firsts.

In keeping with this spirit, the CPL has launched a new campaign titled “Forever First” that captures the inspirational moments of its inaugural season. “Forever First” serves to honour all those ‘first’ moments and experiences that are now part of the legacy and history of professional soccer in Canada.

USING #FOREVERFIRST as an inspiration we will take every ‘First’ moment in 2019 and showcase its legacy.

The campaign celebrates the pioneers of the Canadian Premier League and serves to inspire more and more players and supporters to take their first steps towards the beautiful game.

We want to celebrate the diversity, bravery and pioneering spirit of the modern Canadians who have done the unprecedented and shown an entire nation from coast to coast that professional soccer is now a real and attainable dream to millions of Canadians in a campaign that resonate across the nation.

Join fans from across the country at the first ever Canadian Premier League Finals and be a part of #FOREVERFIRST.