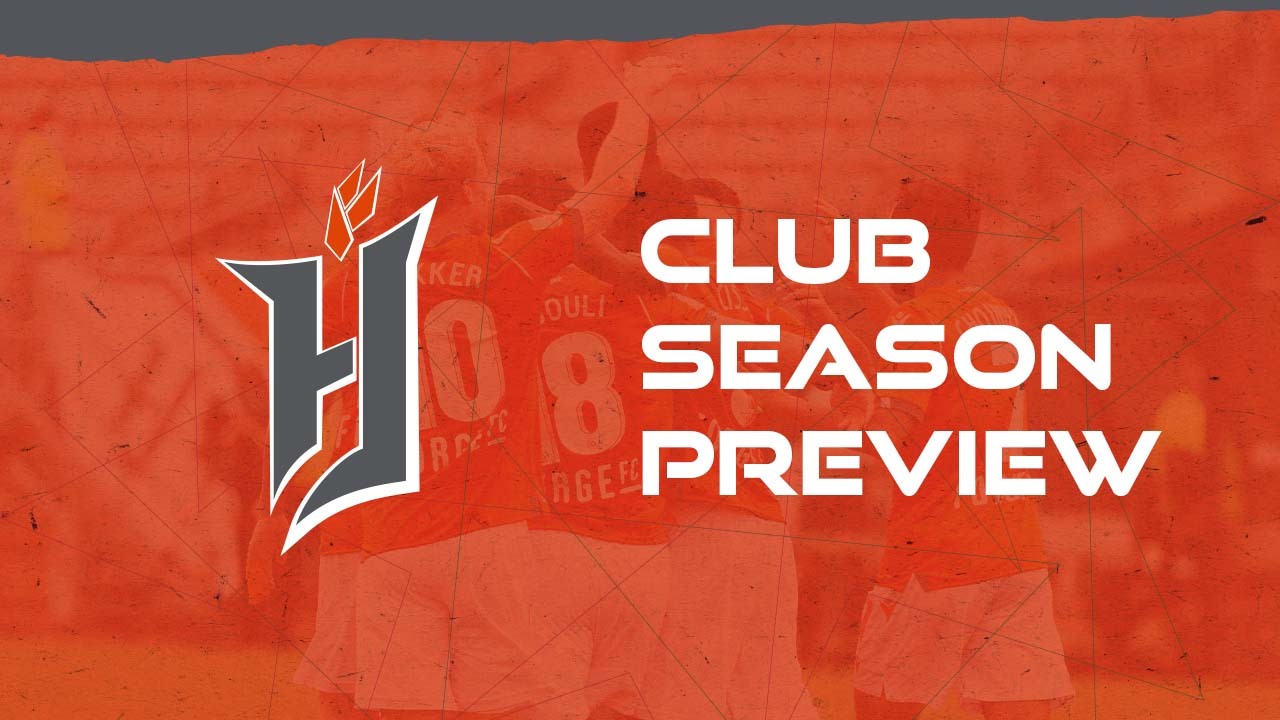 After failing to win the North Star Shield for the first time in 2021 after back-to-back titles, Forge FC are entering 2022 looking to return to the top of the pile.

Bobby Smyrniotis’ side were the best team in the regular season, finishing first overall with the best defensive record in the league. Their 16 wins were the most in the league, but they were also one of just four teams to lose ten or more of their 28 games. Triston Henry and Baj Maan combined for 11 clean sheets in CPL action, leading to Forge conceding just 24 goals in 28 games — six better than the next closest team (Cavalry FC with 30) and about half as many as eighth-place Atletico Ottawa (47).

The Hammers beat 905 Derby rivals York United in the semifinals of the playoffs, before falling 1-0 to Pacific FC in the CPL final at Tim Hortons Field on a goal from one of their new signings — Alessandro Hojabrpour.

They were the first CPL team to take the pitch in 2022 when they competed in the CONCACAF Champions League in February, but they were knocked out 4-1 in the opening round by Mexican giants Cruz Azul. The visitors won the first leg 1-0 at Tim Hortons Field, and took the second leg at the Azteca 3-1 — David Choinière scoring the lone goal for Forge.

Forge will be the first team to wear the CPL’s brand new Legacy Patch, symbolizing the number of North Star Shields they have won — a tally they will try to add to in 2022.

RELATED: Tristan Borges aims for return to the top with Forge FC after ‘learning period’ in 2021 || CanPL 20 in 10: Forge FC coach Bobby Smyrniotis

As they’ve done every season thus far, Forge FC have retained a large chunk of their roster from a year ago. There are few major departures from the club, but they have recruited well.

Mo Babouli, the team’s leading scorer from a year ago with 10 goals in all competitions, has left for for Muaither SC in the Qatari Second Division. Star left back Kwame Awuah has swapped the CPL for MLS Next Pro, signing with St. Louis City SC 2, Maxim Tissot has joined fellow CPL side Atletico Ottawa, and Joshua Navarro’s loan from Pérez Zeledón has ended. Elimane Oumar Cissé has also left the club.

Coming to Hamilton, however, are some very strong signings, from within the league and externally.

From within the league, Forge snapped up Terran Campbell and Alessandro Hojabrpour from the reigning champions Pacific FC. They’ve also brought in Canadian international left back Ashtone Morgan, who was most recently with Real Salt Lake and also spent a decade with Toronto FC, and former HFX Wanderers midfielder Aboubacar Sissoko, who joins from Indy Eleven.

Tristan Borges’ loan was also extended, keeping the 2019 Player of the Year at the club on loan from OH Leuven in Belgium.

Forge’s season begins on Sunday, April 10, as they head west to take on champions Pacific FC at Starlight Stadium in a rematch of the 2021 final. They then return home for a match against 2019 final opponent Cavalry FC, before hosting the other Alberta club FC Edmonton a week later.

For the fourth season in a row, Triston Henry will likely be the starting goalkeeper for Forge FC. The 2020 CPL Goalkeeper of the Year was in goal for both of their North Star Shield wins in 2019 and 2020, and is the league’s all-time record holder for clean sheets. Baj Maan, who looked solid in limited opportunities last year, as well as another youngster in Christopher Kalongo, will be pushing Henry for the starting job this season.

In front of him, he’ll have a new left back for the first time, as Kwame Awuah left the club for St. Louis City SC 2. Forge replaced him with Ashtone Morgan, a very experienced Canadian international with nearly 200 appearances between the Toronto FC and Real Salt Lake organizations. Beside him in the centre of defence will likely be Daniel Krutzen and Dominic Samuel, with Jonathan Grant at right back — a trio who have all played a lot of games for Forge since the inaugural 2019 season.

Krutzen may not be ready for the start of the campaign after suffering an injury that kept him out of the 2021 final, but will be a key player in 2022 when he’s fully fit. Garven Metusala was one of the best young defenders in the CPL in 2021, and was rewarded with a call up to the Haiti national team, and is a more-than-capable replacement — and may even challenge the other two for starting minutes in 2022.

Few CPL players have played more games than the duo of Kyle Bekker and Alexander Achinioti-Jönsson. Bekker, in fact, has played all but four games in the CPL — playing 26 of 28 games in 2019 and 2021, plus all ten games in 2020, plus all three finals. Achinioti-Jönsson was right there with him for most of them, as well as matches in other competitions, playing only four fewer games, and that duo won’t be broken up any time soon. Bekker, the club captain, is the only player to have been nominated for all three Player of the Year awards thus far, winning in 2020.

At #1 in the #CPL50 is @ForgeFCHamilton's Kyle Bekker 🔨#CanPL

Joining them in midfield in this projected starting lineup is new recruit Aboubacar Sissoko. After playing for HFX Wanderers during their run to the 2020 CPL final, Sissoko played for Indy Eleven in 2021, but returns to Canada with Forge FC. To the surprise of many, he played right back for Forge in the CONCACAF Champions League earlier this year, so it’s possible he plays there sometimes this season, but he’s known as a central midfielder. New signing Alessandro Hojabrpour will also be among those fighting for the third midfield spot.

Up top, new Forge recruit Terran Campbell is expected to be the first-choice striker after joining the club from Pacific FC. Second all-time on the CPL’s goals leaderboard with 23 goals (former FC Edmonton striker Easton Ongaro has scored 25), Campbell will likely be joined in attack by Tristan Borges, who returns to Forge FC on loan again for the 2022 season. Borges was the best player in the league in 2019, and while he didn’t recapture the goalscoring form he had that year in his return to the league in 2021, he was one of their most important playmakers,, finishing second in the league with six assists. He’s fifth all-time in CPL goals and second in assists, and will be important to whatever success Forge have again in 2022.

After scoring at the Azteca in Champions League action, Mr. CONCACAF David Choinière will be looking to have another successful season with The Hammers playing on the opposite wing as Borges. Forge have a deep attack that also includes the likes of Omar Browne, Emery Welshman and Woobens Pacius, who can all be rotated into the lineup without losing any of that goalscoring quality, so Bobby Smyrniotis’ side could be in for another big season.

He may not grab all the headlines or awards in the Canadian Premier League, but Alexander Achinioti-Jönsson is unquestionably one of the best players in the league. A defensive midfielder, whose versatility can often see him deployed in the backline as well, Achinioti-Jönsson has been a dependable and consistent member of the squad since joining ahead of the inaugural 2019 season.

Making 82 appearances for Forge FC in all competitions, he’s near the top of the all-time list for both Forge FC appearances, and CPL appearances league-wide. A strong defender and one of the better passers in the league, he’s crucial to everything that Forge does. Notably, it was his goal against HFX Wanderers that won Forge the 2020 CPL final, repeating as champions.

Achinioti-Jönsson was ranked 15th in the CPL50 last season, and was rewarded by Forge for three years of strong performances with a multi-year contract in January.