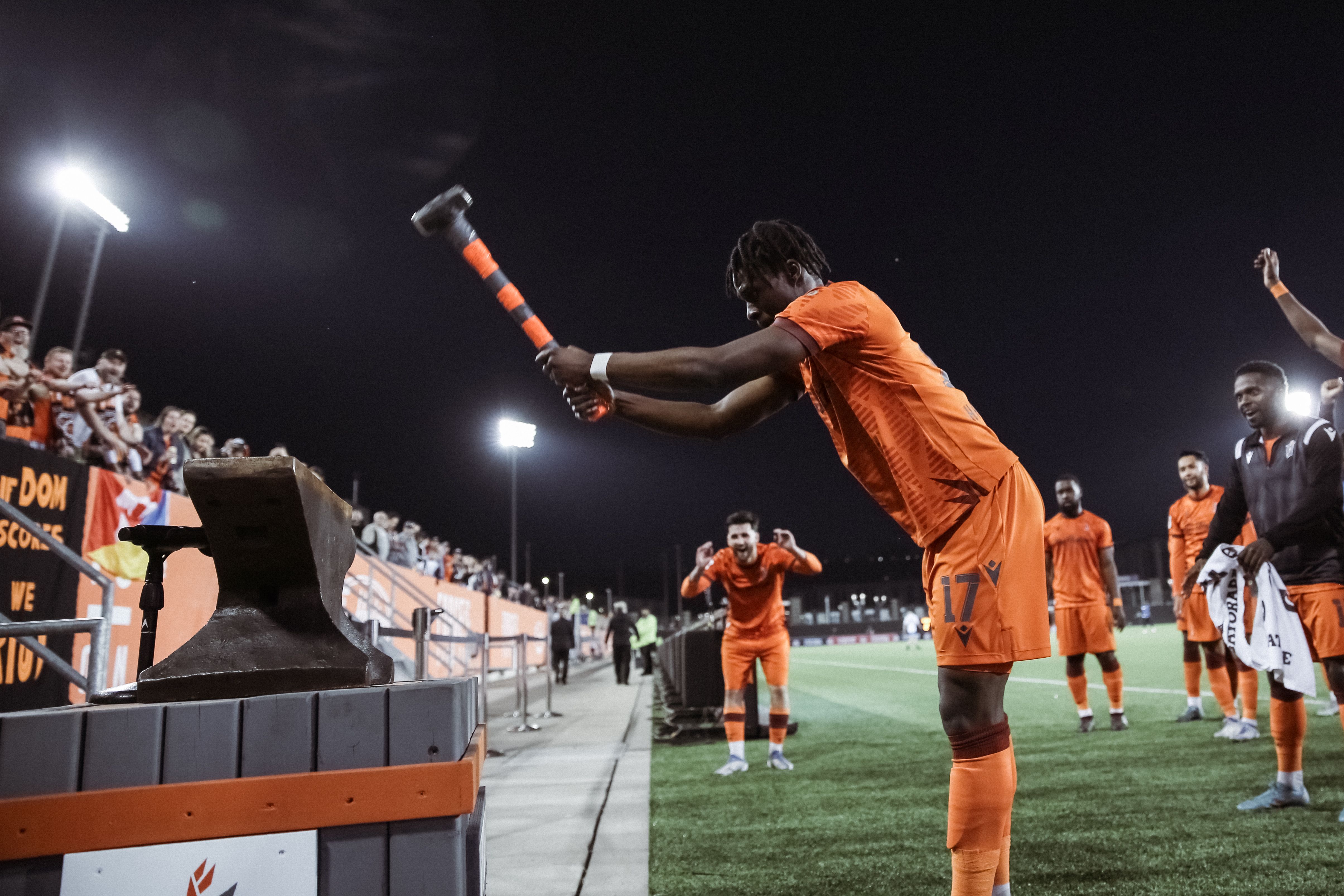 Forge FC will have the chance to become the first Canadian Premier League side to hoist the Voyageurs Cup when they take on seven-time Canadian Champion Toronto FC at Tim Hortons Field on Saturday, June 4 at 7 p.m ET.

Due to the high demand for tickets, Forge FC announced today that it will be opening up the west stands of the stadium for that match.  The two sides will meet in the pandemic-delayed 2020 Canadian Championship final, in what will be the first-ever meeting between the two-time Canadian Premier League champions, and the 2017 MLS Cup champs.

While they haven’t yet shared the same pitch, there will be plenty of familiarity between Forge and Toronto FC. Five-time Canadian Champion, and Toronto FC fan-favourite, Ashtone Morgan now suits up for Forge. Captain Kyle Bekker and Emery Welshman, meanwhile, were drafted by TFC back in the 2013 MLS Superdraft.

Forge qualified for the 2020 final by winning the 2020 Canadian Premier League Championship at the Island Games. It is also the first time a CPL side has appeared in the competition’s final.

Fans interested in Forge FC ticket information can contact a ticket representative at 905-527-3674 or tickets@forgefootball.club, or purchase directly HERE.
All Canadian Championship matches can be watched live at OneSoccer.
© 2022
Canadian Premier League
Read our privacy policy.